Liability shield laws designed to protect businesses from Covid-19 lawsuits are trending again in Republican-majority state legislatures after several were adopted last year, but court arguments in early cases suggest they can be redundant.

Laws like those recently enacted in Alabama and Montana aim to protect businesses from virus exposure litigation. But lawsuits brought by workers against employers are already largely preempted by workers’ compensation laws, and litigation from customers or other visitors to a business already faces the high legal hurdle of trying to prove the source of a person’s coronavirus infection.

“In the law there is duty, breach, causation, and damages. But if we’re stuck on being unable to prove the breach of a duty, since most people can’t prove they caught the virus at work, there’s already a shield in place. That’s what people don’t understand,” said Warren Mathies, a lobbyist for the Indiana Trial Lawyers Association who has argued against the shield proposal now headed for Gov. Eric Holcomb’s (R) signature.

While attorneys representing businesses generally argue an added level of protection is needed, the efficacy of such laws is likely to be tested to a greater extent this year. Few, if any, virus-related liability suits have reached a court decision that would reveal how judges or juries respond to shield laws, as the flood of litigation that business groups predicted early in the pandemic has yet to materialize.

Still, laws to limit civil liability related to Covid-19 exposure, injuries, or deaths could be on the books in 20 or more states within a matter of weeks. Lawmakers, primarily in Republican-majority state legislatures, are answering business advocates’ calls to reduce litigation risks, after more than a dozen states enacted liability limits that cover most or all businesses.

While state laws vary, a suing employee must prove their illness arose from their workplace, and in some states the plaintiff is required to show the disease is a particular risk to the worker’s occupation. This creates a “dual denial” in which a worker who gets sick due to an employer’s negligence can’t get benefits or pursue damages in court, Burton said. 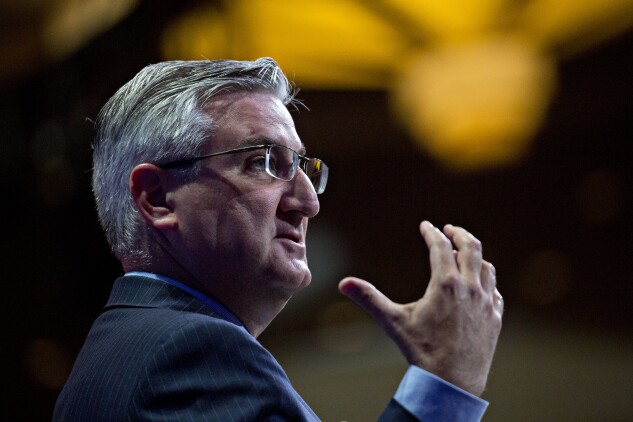 But state workers’ compensation laws make exceptions, and businesses aren’t sure how many employee suits related to Covid-19 exposure might find their way into court.

“In some states, if the employer acted recklessly or intentionally, the employee could file a civil lawsuit and it’s outside the protection of workers’ compensation,” said Janie Schulman, a management-side employment lawyer at Morrison & Foerster in Los Angeles.

In Texas, state law doesn’t require employers to carry workers’ compensation insurance, so employers who have opted out could be subject to lawsuits if employees allege they got sick at work, she added.

Texas doesn’t have a liability shield law, though Gov. Greg Abbott (R) has urged the legislature to pass one this year.

“A lot of these wrongful death actions—when you have a tort negligence lawsuit—they don’t bubble up until two years later,” Foulke said. “I think we still have a year before we see a lot of cases being filed.”

The shield laws, however, create an impossibly high hurdle from the perspective of workers who are expected to work in unsafe conditions, said Mike Duff, a workers’ compensation professor at the University of Wyoming College of Law.

Liability shields create an especially thorny problem for gig workers, who aren’t classified as employees and don’t qualify for workers’ compensation, he said.

“Now, if I have a Covid claim, I can’t sue as a third party. I have to prove by clear and convincing evidence my employer’s gross negligence,” Duff said. “You’re not going to win that. It’s an impossible standard.”

“I think this is a constitutional problem,” he added.

In a handful of virus liability cases, businesses facing wrongful death lawsuits by former employees’ families are relying on the workers’ compensation preemption as their first line of defense, even in states such as Iowa that have a liability shield.

is asking a federal court in Iowa to dismiss two cases brought by families of meatpacking workers who died after contracting Covid-19—Isidro Fernandez and Michael Everhard.

The company is arguing the claims must proceed through the workers’ compensation system instead of court; but it also contends that if the cases are heard in court, then Tyson is protected by Iowa’s liability shield law, because the plaintiffs didn’t accuse the company of gross negligence.

A Florida judge’s recent order in a wrongful death case against showed how virus-related workplace claims can sometimes proceed in court despite the usual workers’ compensation preemption, at least to the discovery stage.

Gerardo Gutierrez, a 70-year-old deli worker at a Publix in Miami Beach, died in April after allegedly working closely with a coworker who tested positive for Covid-19. Publix was telling employees at the time not to wear masks to avoid scaring customers, according to a brief filed in the case by his suing estate.

Publix moved to dismiss, arguing “it is axiomatic that the exclusive remedy for an employee injured in the course and scope of his or her employment is through workers’ compensation.”

Gutierrez’s estate countered that workers’ compensation doesn’t apply because Publix allegedly took actions that it should have known would lead to the employee’s death. 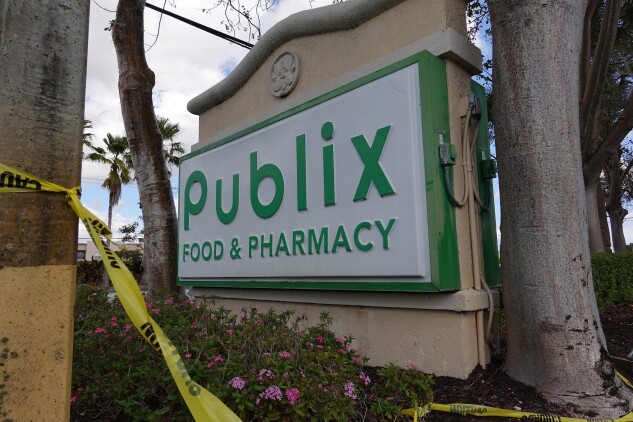 A Publix sign is displayed outside a store in Delray Beach, Fla., where Covid-19 vaccinations were being administered in January.
Photographer: Joe Raedle/Getty Images

The judge was convinced no remedy is available to the worker’s family through workers’ compensation, said Stephen F. Cain, of Stewart Tilghman Fox Bianchi & Cain, P.A., whose firm represents the estate. That’s partly because workers’ compensation insurance carriers are fighting claims related to Covid-19 as not being covered, he noted—in which case pursuing damages in court is the only remedy for workers.

“We’re rushing into liability protections for big business. The reality is it’s the workers and the frontline folks who need relief,” said Cain, who testified against liability shield proposals moving through Florida legislative committees on behalf of the Florida Justice Association.

A Publix spokeswoman, Maria Brous, said it would be inappropriate for the company to comment on pending litigation.

Attorneys and advocates for businesses disagree with the notion that Covid-19 liability shields are unnecessary. They contend that even if exposure lawsuits would be hard for plaintiffs to win, the cost of defending against lawsuits and pressure for small businesses to pay out settlements could sink some companies.

“There was a real concern by businesses: ‘We’re struggling to keep our heads above water,’” said Frederick Warren, an Atlanta-based attorney at the human resources law firm Ford Harrison who advises employers. Georgia’s law, enacted last August, “gave employers some assurance they could be open without the fear of lawsuits from people patronizing their business.”

Karen Harned, who leads the Small Business Legal Center at the National Federation of Independent Business, said frivolous suits are a particular threat for small businesses, as “bottom-feeder” plaintiffs’ lawyers often sue to force a settlement.

“When they’re finally making it through this pandemic, the last thing they need is a lawsuit that’s going to take them down,” Harned said.

(updated with Publix's response to a request for comment)

To contact the reporters on this story: in Atlanta at cmarr@bloomberglaw.com; in Washington at fhussein@bloombergenvironment.com