Weil Gotshal is making a deeper push into the nation’s capital with significant investments in its litigation practice, which the firm said has grown to nearly 20 lawyers in Washington from two in 2021.

The firm served as antitrust counsel to Microsoft Corp. in its $69 billion planned acquisition of the popular video game company Activision Blizzard Inc., which prompted a challenge on competition grounds from the Federal Trade Commission in early December. Weil is now representing the tech company as it fights efforts to block the deal in FTC’s in-house court.

“The firm leadership made a decision to make a strategic investment in the litigation capabilities in the Washington office,” said Chantale Fiebig, who became co-chair of the firm’s Washington office this month. “That is obviously responsive to the demand from clients who have increasingly complex and global problems.” 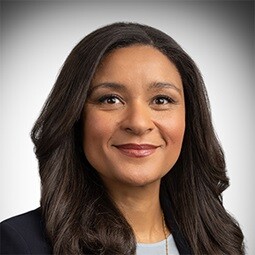 Fiebig, a former federal prosecutor, is among a crowded roster of litigators who have migrated to the New York-based law firm’s outpost in the capital over the past two years. The firm hired Fiebig and Andrew Tulumello from Gibson Dunn in 2021 as partners in its complex commercial litigation practice, which covers trials, appeals, strategic counseling and class actions.

Other hires include Fiebig’s and Tulumello’s former Gibson Dunn colleagues Arianna Scavetti and Mark Perry, who now leads Weil’s appellate practice. Former Orrick securities litigator Robert Stern also made the leap to the firm as a partner in 2022.

Washington is becoming “critical to the firm’s overall growth,” Fiebig, whose practice focuses on trials and class actions, said in an interview.

Weil is a big player in the corporate deals space, which helped its gross revenue climb to $1.8 billion in 2021, according to the American Lawyer.

Mergers and acquisitions and capital markets work experienced a dramatic slowdown in 2022, however, which led to lower work volumes in some areas. Weil, for example, experienced an 88% decline in issuer-side IPO work, according to Bloomberg data.

Still, the firm has continued to get some big assignments across key practice areas, including in Washington. 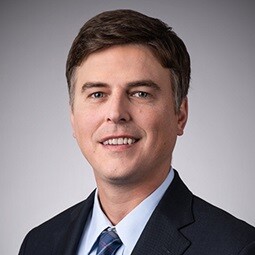 Fiebig and a litigation team including some of her Washington colleagues represented Meta Platforms Inc. in a December trial in California revolving around the FTC’s challenge of the social media platform’s acquisition of a VR fitness app made by Within. A judge has yet to weigh in on the FTC’s bid for a preliminary injunction.

“We see a lot of opportunities, and some of those are given the lateral hires that we’ve made over the last couple years,” said Jeff White, a Weil Gotshal antitrust partner who is office co-chair with Fiebig. They succeed Steven Tyrrell, who will continue to lead Weil’s white collar and investigations group.

Even as corporate deals work slows and recession fears persist, White and Fiebig remain bullish about the firm’s position in 2023 and the opportunities that will come from its slate of new hires. Commercial litigators now account for roughly a quarter of the office’s attorney headcount.

“Even in economic downturns, clients still require legal services,” White said. “We’re really excited about the future and all the opportunities we have together.”