Steven Cliff at his nomination hearing to be leader of the National Highway Traffic Safety Administration on Dec. 16, 2021.
Photo: Tom Williams/CQ-Roll Call, Inc. via Getty Images

The US auto safety agency is losing its top official after just three months in the job, a blow as it seeks to quell rising traffic deaths and concern over autonomous vehicles.

Steven Cliff, head of the National Highway Traffic Safety Administration, will leave to be the California Air Resources Board’s next executive director starting Sept. 12. The agency that regulates auto safety had been without a permanent administrator since 2017 until Cliff was confirmed by the Senate in late May.

Activists and lawmakers pushed for a permanent leader at the agency before Cliff was nominated — and are left in the same place again.

“Without that Senate-confirmed leadership, it’s hard to implement the safety measures that need to be implemented,” Jane Terry, vice president of government affairs at the advocacy group National Safety Council, said. “It’s going to be months before we could get somebody confirmed now starting from scratch again.” 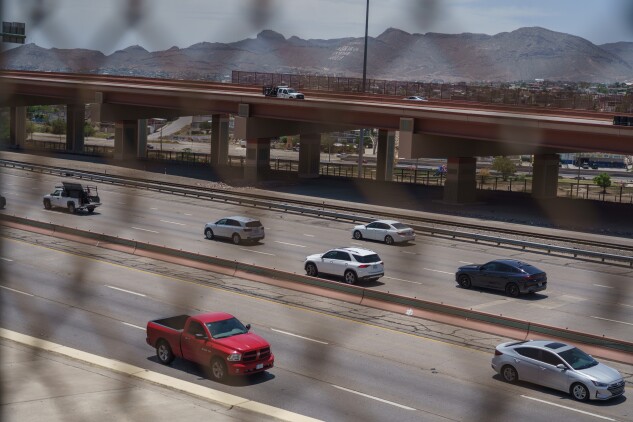 The leadership gap at NHTSA comes as road deaths are spiking. Nearly 43,000 people are estimated to have died in car crashes last year — a 16-year high.

The agency has struggled to catch up. It faces a backlog of safety rulemakings, new mandates from last year’s infrastructure law (), and pressure on its investigation into ‘s Autopilot system.

Major safety groups were quick to call for a new leader when Cliff’s departure was announced Friday, writing in a letter to President Joe Biden that it is “deeply concerning at a time when traffic fatalities have climbed to historically high levels.”

Earlier: Tesla Probe ‘Will Take Us Where It Takes Us,’ NHTSA Chief Says

‘As Soon As Possible’

NHTSA is one of few Transportation Department agencies with a Senate-confirmed leader, which can be a lengthy process. Cliff served as deputy NHTSA administrator from early in the Biden administration until he was nominated for the top role in October.

It took about eight months until he was confirmed by the Senate. Safety groups want the new nominee to have vehicle safety expertise and to be able to move quickly to implement safety measures from the infrastructure law.

“NHTSA needs a nominated and confirmed Administrator as soon as possible,” five major safety groups, including NSC, Advocates for Highway and Auto Safety, and the Governors Highway Safety Association, wrote to Biden.

Cathy Chase, Advocates for Highway and Auto Safety president, said it’s disappointing Cliff is leaving since the agency was making progress toward advancing some overdue rulemakings. The agency still has regulations that were due years ago, including on rear seat belt reminders in cars and anti-ejection countermeasures on buses, according to a list from her group.

Chase called the announcement “surprising,” and said she wants to see a nominee with safety expertise who speeds up the rulemaking process.

Cliff faced high expectations when he was confirmed in May. Transportation Secretary Pete Buttigieg said “his leadership will be vital as NHTSA implements new strategies to save lives on our nation’s roadways” and “prepares for the impact of automation.”

Less than three months later, Buttigieg said in a statement that California residents will be “fortunate to have him.” Cliff served as the state board’s deputy executive officer before NHTSA, which also regulates auto emissions.

The law authorized a more than 50% budget hike for NHTSA, which has more than 600 employees. It also mandated regulations around drunk-driving technology in cars, automatic emergency braking, and more — adding to the list of rulemakings it needs to complete.

“It’s really incumbent upon the agency to not only meet these congressional mandates but exceed them,” Chase said.

The department is also deploying a National Roadway Safety Strategy to combat road deaths with rules it aims to finish in the next few years from FHWA, FMCSA, and NHTSA — all without Senate-confirmed heads. Buttigieg said Ann Carlson, NHTSA’s chief counsel, will take on Cliff’s responsibilities when he leaves.

It’s important to have an administrator as the face of the agency, Russ Martin, senior director of policy and government relations for GHSA, said. Confirmed officials can more effectively lobby Congress, Martin said, since an acting or deputy may be more careful in what they say.

“Historically, the NHTSA administrator has been the person upfront in the news evangelizing about traffic safety and highway safety,” Martin said. “It’s definitely helpful to have someone out there raising that alarm.”

The agency will also lose its confirmed leader at a time when it has been under the spotlight as it investigates advanced driver assistance systems, including Tesla’s Autopilot, after crashes when the automated driving system was activated. Lawmakers have been urging more action from Cliff and NHTSA to regulate automated vehicles, crack down on Tesla, and prevent more road deaths.

Just last week, Sen. (D-Mich.) and Rep. (D-Ill.) wrote to Cliff over Tesla concerns and requested a briefing about NHTSA’s efforts. Sen. (D-Conn.) also sent a letter to Cliff this month saying he is “extremely troubled” by reports of blind zones in front of SUVs causing child deaths.

Legislation to create a regulatory framework for automated vehicles has been stalled for years and both lawmakers and the Biden administration have urged each other to move on it.

Ariel Wolf, general counsel to the Autonomous Vehicle Industry Association, said the group will work with Carlson and NHTSA on policies that support autonomous vehicle deployment, “such as rulemakings to update vehicle standards for new safety innovations and clear delineations between driver-assist technology and AVs.”

To contact the editors responsible for this story: at sbabbage@bgov.com; at agreilingkeane@bloombergindustry.com