When Rachel Palmer, now a third-year law student at Howard University, signed up for the school’s trademark clinic, she was guided by her interest in startups, entrepreneurship, and helping people who have been historically disenfranchised protect their ideas.

The clinic tackles diversity issues in intellectual property in two ways: encouraging more people of color to enter the traditionally white, male intellectual property field and providing legal assistance to people who are underrepresented in inventorship and trademark registration applications.

One feeds into the other, Palmer said.

“As far as the conversations that we’ve had in the clinic, they definitely reflect a lot of people’s interest in the work in the first place, from a student’s perspective, and wanting to be a part of diversifying the people that are lawyers in the IP space and what impact that has on clients,” Palmer said, “because having a comfort level with your attorney does impact overall access.”

Students enrolled in the historically Black Howard University School of Law’s trademark and patent clinics work with faculty advisers to help local inventors and businesses on a pro bono basis protect their IP. The clinics are part of the school’s wider mission to approach intellectual property from a social justice perspective, said professor Lateef Mtima, who started the IP program. 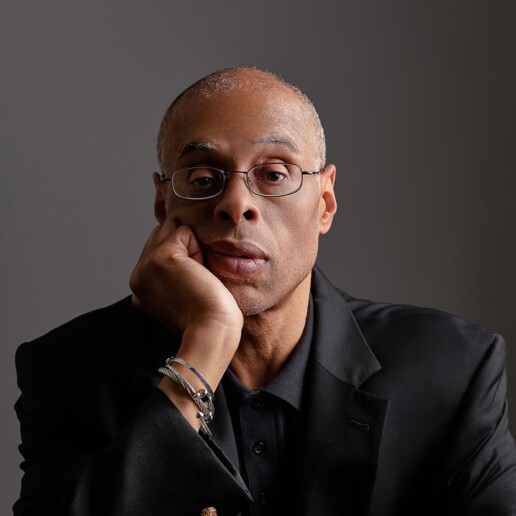 Mtima has been surprised with how popular the clinics have been with students. The patent clinic is even attracting students without tech backgrounds, he said.

“Students come to Howard to get a great legal education, but also most of them come because they want to do something to support the mission,” he said. The program has helped illustrate for students interested in IP that there is a connection to social justice, he said.

When Mtima came to Howard in 1998, practitioners and scholars told him it was an “oxymoron” to include IP and social justice in the same sentence.

But since then he’s proved them wrong, arguing that IP is newly important in the information economy. IP is central to social and political empowerment, he said, pointing to the video that triggered the worldwide response to the murder of George Floyd. The ability to make use of that video is determined by copyright law, he said.

Since he’s been on the faculty, Howard has bulked up the number of classes offered in patent, trademark, and copyright law, and encouraged public service organizations to tailor their existing programs to better support marginalized communities.

The U.S. Patent and Trademark Office already had a program for existing IP clinics to provide legal services pro bono to those who needed help obtaining trademarks. Howard wasn’t originally allowed to participate because it didn’t yet have an IP clinic, Mtima said.

He arranged a partnership with the clinic at the University of Maine Law School. That relationship worked out so well that when the PTO started the patent clinic program it invited Howard to be a part of it and changed the rule, he said.

On the trademark side, students have helped small businesses and entrepreneurs receive around 50 trademark registrations, fielding dozens of applications. Trademark clients have been involved in businesses ranging from blogs pertaining to influential people of color to educational programs on financial literacy.

The trademark clinic often takes on clients whose ventures have an angle or mission that serves people of color, said attorney Erik Pelton, the clinic’s faculty adviser.

Students helped Michelle Menifee get a trademark registration to protect her brand for her life coaching business, Life, through which she does work with the Bar Association of Georgia to help formerly incarcerated individuals stay out of jail. Because “life” is such a common word, Menifee sought legal advice because she was concerned it would be too generic to obtain a registration.

Menifee was “ecstatic” when her logo and mark were registered, adding that now she’s more confident in the brand because of the protection the registration gives her business.

“The students had great hands-on experience in working with me, as well as working with staff members at the U.S. PTO,” Menifee said. “Having that direct link made a difference for me, and I’m grateful.”

Before Mtima started the Howard Intellectual Property Program the school had what he called “a smattering” of alums who practiced IP law, including patent attorney Jennifer Hayes of Jordan IP Law and entertainment lawyer Lita Rosario.

In the 20 years the IP program has been up and running, many students have gone on to have not only successful IP careers, but to hold some major positions, Mtima said. Idris McKelvey is now chief patent counsel at Estee Lauder in New York. Izu Emeagwali is executive director and assistant general counsel at JPMorgan Chase. Charlie Bingham until recently was an attorney at Microsoft.

For Arielle David, a third-year student at Howard Law, participating in the trademark clinic and hearing from alumni in IP encouraged her to consider working in the field.

Originally from Haiti, David said she was drawn to the clinic to help disadvantaged creators and inventors obtain patents or file their trademark registrations to protect their ideas.

“Working with people from the D.C. community who are disadvantaged but still interested in growing economically through their creativity has put such a different perspective as to the possibilities that IP offers,” David said. “It really encouraged me to pursue IP, especially as a Black woman just so I’m able to further the aspects of social justice when it comes to IP.”

To contact the editors responsible for this story: at rschoof@bloombergindustry.com; at jcasuga@bloomberglaw.com