US Republican Senate candidate for Arizona, speaks at an Election Night Party in Chandler, Ariz., on Aug. 2, 2022.
Photographer: Ash Ponders/Bloomberg via Getty Images

To , the newly minted Republican Senate nominee in Arizona, ESG scores are an existential threat to the US economy along with inflation -- an issue worth campaigning on as ardently as securing the border, preventing voter fraud and challenging Big Tech.

“They represent a further merger of government and corporation,” Masters said, comparing ESG scores to the tactics of the Chinese Communist Party in a statement to Bloomberg Government on Wednesday. “These scores have absolutely no place in our country.”

Masters’ advocacy is part of a growing movement among Republicans to make ESG scores -- the grading of companies’ performance based on their environmental and societal effects, as well as their governance structure -- a cultural issue alongside Democrats’ social justice and environmental advocacy. Those Republicans could seek legislative avenues to limit use of the scores if they take control of the next Congress.

Masters, who’s challenging Sen. (D) in one of the most competitive Senate races in the country, has blasted ESG scores at least 10 times on the campaign trail in recent months, according to audio and video recordings of Masters’ speeches reviewed by Bloomberg Government. 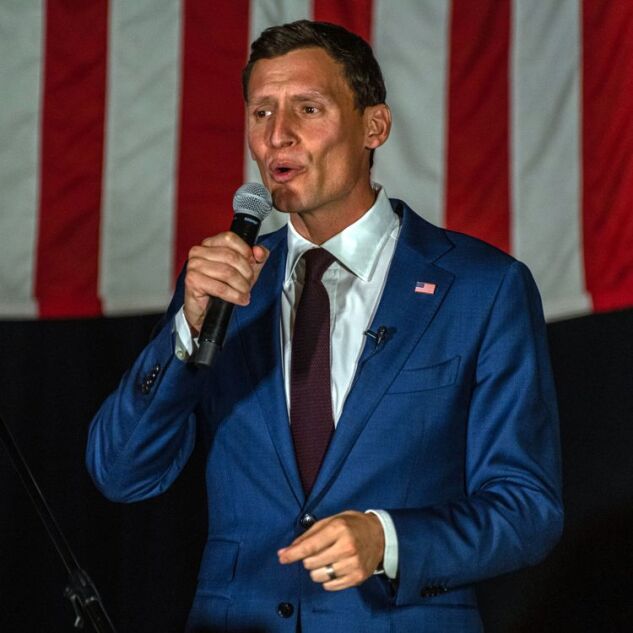 “I think we need to ban ESG scores,” Masters told the City of Maricopa Republican Club last month. “And that’s my pledge to you. We’ll try to figure out how to do it.”

Addressing the Mohave County Republican Committee Picnic last month, Masters called ESG scores one of the country’s “new and modern threats.” In May, he warned the SaddleBrooke Republican Club of ESG scores as “new stuff coming across the transom” worthy of conservatives’ attention.

“We have to not just defend against this stuff, because we’ll lose,” Masters told a July meeting of Sedona-based conservatives called Citizens for America. “We have to affirmatively take back from the left.”

If elected, Masters could seek to limit the incentives for companies to value factors other than their bottom line.

The , which has oversight of some firms that offer ESG scores and a Democratic chairperson, is unlikely to ban the scores or severely restrict firms that offer them. But a Republican-controlled Congress could pressure the agency to ramp up its scrutiny of the ratings or stop it from taking actions to encourage ESG scores, which socially conscious investors use to compare companies.

ESG scores have been around for about two decades but only attracted negative political attention more recently. One of ESG’s most prominent critics is Republican megadonor , who is backing Masters’ campaign. Masters’ refrain on the campaign trail may be replicated by other like-minded candidates. 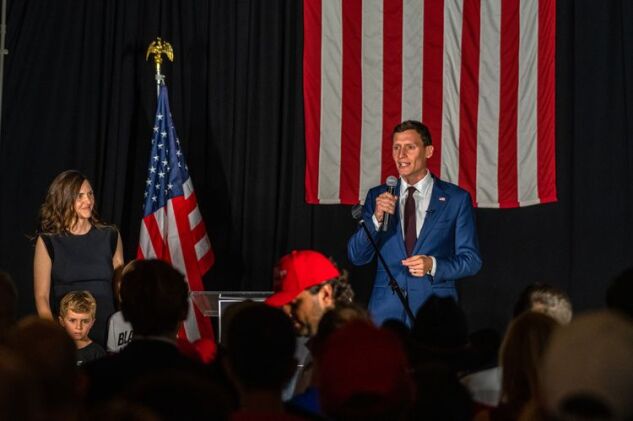 Masters started speaking against ESG on the campaign trail after Thiel railed against the scores at a Bitcoin conference in April.

At the conference, Thiel, for whom Masters worked as COO and who funds a pro-Masters super PAC, called ESG “the real enemy” of the biggest cryptocurrency in a market that’s largely escaped government regulation. Cryptocurrencies, which largely escape government regulation, tend to receive low scores because of their electricity demands for production.

“ESG is just a hate factory, it’s a factory for naming enemies,” Thiel said. “We should not be allowing them to do that.”

Days later, Masters, who along with his wife owned at least $1.5 million worth of cryptocurrency as of his latest personal financial disclosure last fall, began raising ESG scores on the campaign trail. He promised Fox News in April that he would “ban ESG scores” as well as “wokeness in the Fortune 500.” He made similar comments to Fox News again in May and when he appeared on the podcasts of conservative radio hosts Steve Bannon, Jesse Kelly, Mike Russell, and Rob Hunter.

Republicans have turned back a Labor Department nominee in protest of the Biden administration’s advocacy for prioritizing ESG in retirement investing. Sen. (R-Tenn.), a member of the Banking Committee, recently asked the SEC to bar its recent former employees from helping companies comply with new ESG regulations.

Lawmakers have also used legislation that funds the SEC to discourage ESG rulemaking. The agency for years has been subject to appropriations bills that have barred it from creating rules that would force companies to disclose their political spending.

Other lawmakers have sought standalone measures, such as Rep. ’ (R-Texas) bill that would bar requirements that publicly traded companies disclose or provide greenhouse gas emissions ().

At a primary debate hosted by FreedomWorks, Masters used his opposition to ESG scoring to set himself apart from his opponents, calling himself “the only candidate that understands and is addressing the new and modern threats we face.”

“Pretty soon, you watch, we’re going to have a young and dynamic America First caucus in the US Senate,” Masters said. “We’re going to change the way that place works.”

Masters told the City of Maricopa Republican Club that he’s already made inroads with one of Congress’ most strident ESG opponents, discussing with Sen. (R-Ark.) ways to hamper ESG scores. Cotton last week declined to comment on his conversations with Masters, and a spokesperson didn’t respond to a request for comment.

ESG raters operate in a gray regulatory area. The US doesn’t have specific rules for ESG scores.

SEC examiners earlier this year reported they’ve seen potential conflicts of interest and other risks at credit rating agencies that provide ESG products. The agency also has warned investors to be cautious about considering ESG scores when investing.

(Bloomberg LP, the parent company of Bloomberg Government, offers sustainability ratings and data. Additionally, Bloomberg has a partnership with MSCI to create ESG and other indexes for fixed-income investment.)

To contact the reporter on this story:
in Washington at zcohen38@bloomberg.net