Lawyers for the U.S. Department of Labor’s Office of the Solicitor identified a problem within their own workforce: a sizable share said they didn’t feel safe reporting colleagues for alleged offenses.

The responses from employees of the DOL office that helps to protect workers from employer retaliation when reporting violations of law, which came in a survey last year, “caught my attention,” Solicitor of Labor Seema Nanda said in a recent email to staff in which she tried to assuage their concerns.

One in four employees at regional offices said they weren’t comfortable reporting suspected violations without fear of reprisal, according to Nanda’s email, a copy of which Bloomberg Law obtained.

“I wish to assure you combatting whistleblower retaliation and discriminatory conduct are both our external, and internal priorities,” Nanda wrote in the Oct. 25 message to all solicitor’s office employees, using boldface to highlight that point. “In order to effectively work on behalf of others, we must protect one another.”

The responses came in the 2020 installment of the federal government’s annual employee survey. When asked if they felt “comfortable disclosing suspected violations of any law, rule, or regulations without fear of reprisal, 17.4% of national office employees, and 24.5% of regional office employees answered in the negative,” Nanda added, referring only to solicitor’s office staff, not the department’s ranks as a whole.

Those percentages are higher than the response rates for all government employees (15.4%) and for all DOL employees (16.7%), according to an Office of Personnel Management report last year documenting the 2020 survey data.

Nanda, who is the department’s No. 3 official and leads a team of some 500 attorneys nationwide, expressed a commitment among Biden-appointed leaders to address the issue. She told her staff that in carrying out worker protection laws, “it would be inconsistent with our mission if we do not prioritize our own employees.”

“Discrimination and/or reprisal in any form will not be tolerated by SOL leadership,” Nanda wrote. “While I understand that trust must be earned, please know that my highest priority is to gain your confidence and to support you all in the work that you do.” 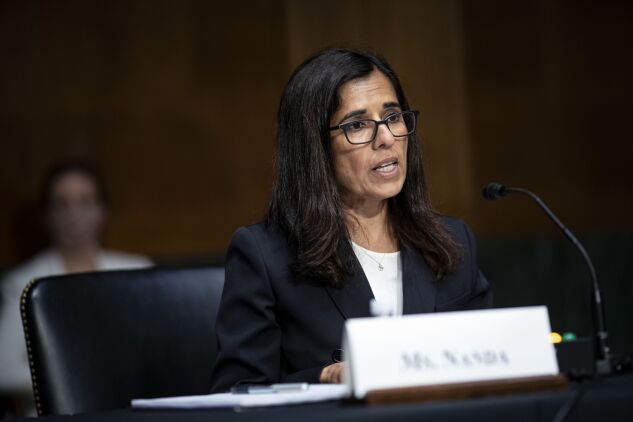 Nanda, who took office in July, offered online resources to employees who believe they’ve been subject to discrimination or reprisal and encouraged them to speak to someone in the solicitor’s office regional or national leadership.

At a town hall for solicitor’s office staff last week, she announced she’s instructed her national and regional office leaders to draft plans to respond to employee concerns from last year’s survey, according to two attendees. She addressed the 2020 results generally, and encouraged staff to participate in this year’s installment, the attendees said, requesting anonymity because they didn’t have approval to share details of the discussion.

It’s difficult to draw conclusions from the survey data Nanda cited, given that the Office of Personnel Management’s report based on the results didn’t compare the agency responses to previous years because of a change in the 2020 data presentation.

Still, the extent of employee concerns at an office that enforces whistleblower and anti-retaliation laws was described by multiple former solicitor’s office lawyers as unsettling and worthy of investigation.

“I would drill down and, first of all, try to get more specificity,” said Michael Felsen, a former DOL regional solicitor in Boston. “I’m a little surprised that this kind of number is within the solicitor’s office. I would find out what kinds of issues people are concerned about. Internal whistleblowing can take a lot of different shapes.”

The solicitor’s office provides legal counsel to all DOL agencies on regulations, policies, and enforcement decisions; it also wields independent litigating authority against employers. Among the hundreds of laws and regulations it enforces are whistleblower protections for workers who report employers for exposing them to hazardous conditions or for shorting them on pay, among other violations.

Nanda’s email fits in with her broader effort to promote transparency and focus on the office’s workplace culture, according to four DOL employees who were granted anonymity to discuss her early months on the job.

“I am also encouraged to meet many new faces who have joined in our fight to support workers in nearly every facet of their lives,” Nanda wrote, adding: “Yet we are also workers deserving of safe workplaces where equality is paramount.”

To contact the editor responsible for this story: at jlauinger@bloomberglaw.com; at jmeyer@bloombergindustry.com