Ben Penn: It would be an understatement to say the Biden administration’s private-sector vaccination rule created a profound challenge for Solicitor of Labor Seema Nanda by testing her office’s ability to fight off a mounting number of legal challenges.

But for Nanda, the emergency rule allowed her to begin to put her stamp on her new post as the U.S. Department of Labor’s No. 3 official, one of the government’s most powerful yet unheralded legal positions.

An Obama DOL alumna and former CEO of the Democratic National Committee, Nanda runs a team of some 500 lawyers with independent litigation authority. She’s responsible for approving virtually every piece of paper emanating from the department.

She kept a low profile for three-plus months after her confirmation. The spotlight found her in early September, when President directed DOL’s Occupational Safety and Health Administration to write an emergency rule requiring employee vaccinations or weekly testing at companies with at least 100 employees. 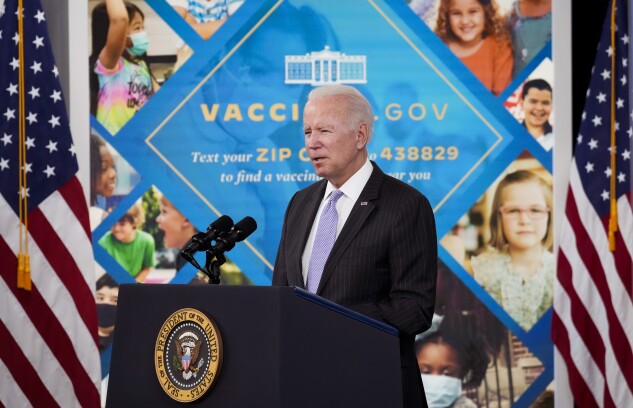 When the regulation dropped last week, she was the point-person explaining the requirements to industry leaders, while preparing the department’s attorneys to defend a complex rule from a litigation assault that’s expanding by the day.

Her schedule this week shows she’s continuing to employ an inside-outside strategy as she handles the enormous undertaking of planning responses to lawsuits from red-state attorneys general, conservative groups, and businesses.

She’ll be speaking at a closed-door session of the U.S. Chamber of Commerce‘s labor relations committee and hosting a town hall for solicitor’s office employees, per three sources familiar with the events.

That approach appears aimed at helping to forge alliances with management to boost the nation’s vaccination rate through compliance with the rule, while tending to morale at an office where attorneys will be forced to work nights and weekends writing briefs to justify the emergency temporary standard in multiple federal circuits.

Nanda’s familiarity with her staff, having served as deputy labor solicitor in the Obama administration, and the progress she’s made in engaging with the business community give her advantages.

She’s attended a number of private events for management, three sources said. She impressed with her accessibility and openness to hearing the business perspective in a way that employer reps saw as a refreshing departure from Obama-era DOL leaders, the sources said.

The vaccine-or-testing rule was destined for legal challenges regardless of her outreach. Citing “grave statutory and constitutional issues,” the U.S. Court of Appeals for the Fifth Circuit Saturday put the rule on hold pending further litigation.

Still, Nanda had a front-row seat in 2016 when industry lawsuits wiped away a large chunk of Obama’s labor agenda. She appears to be on a mission to mitigate management hostility, giving future DOL rules and policies a better chance at survival.

Ian Kullgren: For all their criticism of how former President Donald Trump handled Covid-19, you’d think unions would have cheered Biden’s OSHA rule.

After all, the AFL-CIO wanted an emergency standard so bad it sued the Trump administration in 2020 in a failed bid to get one. 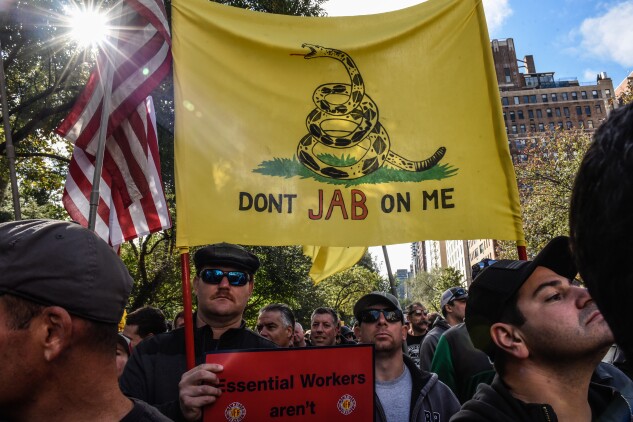 The AFL-CIO didn’t comment for nine hours after the rule was released, then cautioned that mandatory vaccines and testing won’t be enough to protect workers.

The rule is “a step in the right direction,” federation President Liz Shuler said in a statement. “However, with most of the country still experiencing high rates of COVID-19 transmission and as the Centers for Disease Control and Prevention has advised, we need a layered approach to stop the COVID-19 spread, particularly in indoor settings like workplaces.”

The United Food and Commercial Workers pushed back harder, arguing the mandate didn’t go far enough and faulting the decision to allow testing costs to be pushed off on workers. It said employers need to negotiate the terms of the vaccine mandate with front-line workers.

“Ensuring that workers have a voice in COVID workplace safety policies is critical to guaranteeing these measures are implemented fairly,” UFCW President Marc Perrone said in a statement.

And the United Auto Workers issued a statement that wasn’t much of a statement at all. It said only that it would review the rule and continue encouraging members to get vaccinated voluntarily.

The divisions underscore how unions are still all over the map on vaccinate mandates.

Police unions in New York City and Chicago have already challenged local mandates in court; about three dozen New York Police Department cops were placed on unpaid leave as a vaccine requirement took effect Nov. 1—far fewer than the 10,000 cops the Police Benevolent Association warned would be pulled off the streets if Mayor Bill de Blasio followed through with the plan.

And on Nov. 1, a judge in Cook County, Ill., blocked the city of Chicago from enforcing a Dec. 31 deadline for union members of the Chicago Police Department to get vaccinated until the issue goes through arbitration.

American Federation of Teachers President Randi Weingarten embraced the rule, signaling that she had come around to fully supporting vaccine mandates after initially opposing them. “These commonsense actions will save thousands of lives,” she told Bloomberg Law in a statement.

Shuler has tried to please both sides, saying last month that OSHA’s rulemaking showed Biden’s “commitment to looking through a worker lens,” even as she walked back remarks from her late predecessor, Richard Trumka, who supported vaccine mandates unequivocally.

Some labor leaders say there’s a way to do both. For instance, unions could support vaccine mandates while ensuring that certain elements—such as time off to get a jab or to recover from side effects—are subject to negotiation, said Larry Cohen, former president of the Communications Workers of America.