Employees of the Louisville Urban League speak with job seekers at a career fair in Louisville, Ky., in June.
Photographer: Luke Sharrett/Bloomberg

Mandates that employers must offer laid-off workers their jobs back before hiring other applicants are the latest example of workplace protections making the leap from the union bargaining table to state or municipal law.

California, Connecticut, and Nevada, along with more than a dozen cities around the U.S., have enacted “right to recall” or “right to return” laws in response to the wave of layoffs brought on by the Covid-19 pandemic.

Each is a temporary measure, applying to workers in specific industries who were laid off in connection with pandemic health orders or business shutdowns. In some cases, they require employers to recall laid-off workers in order of seniority. Their adoption into law is novel and part of a gradual push by Democratic policymakers to extend union-style job protections to nonunion workplaces.

New York City additionally adopted an ordinance this year requiring fast-food industry employers to show “just cause” and follow a progressive disciplinary process before firing an employee another common union contract provision that found its way into law.

“If you take out a good old-fashioned union contract from the ‘30s, ‘40s,’ 50s, you’ll see these ‘right to recall’ and ‘just cause’ provisions,” said Bruce J. Sarchet, a management-side labor and employment lawyer with Littler Mendelson P.C. in Sacramento, Calif. “But they have not been part of the employment law by statute anywhere until the pandemic.”

Before California became the first state to enact a “right to recall” law, in April, city and county officials led the way by adopting them in 12 California locales and a handful of other municipalities, including NYC, Philadelphia, and Washington.

“The pandemic has led to a real crescendo of activism by city councils to get into the business of regulating the employment relationship,” Sarchet said.

Connecticut and Nevada followed with laws that took effect in July, just as the delta variant was triggering a resurgence of Covid-19 infections and hospitalizations. A similar proposal passed the state House in Minnesota but stalled in the Republican-majority state Senate.

A major question for “right to recall” laws is whether they will have staying power beyond the pandemic. Their supporters, including labor unions, have argued the pandemic created a special need for additional protections for workers. In Nevada, for example, Covid-19 led to tens of thousands of casino, hospitality, stadium, and travel-industry workers being out of work, some for a year or longer.

“We’ve seen that in times of economic crisis employers look to cut labor costs,” said Bethany Khan, spokeswoman for the Culinary Workers Union Local 226. The push to cut costs can lead to older, more experienced workers being terminated and replaced with younger, cheaper labor, she added. 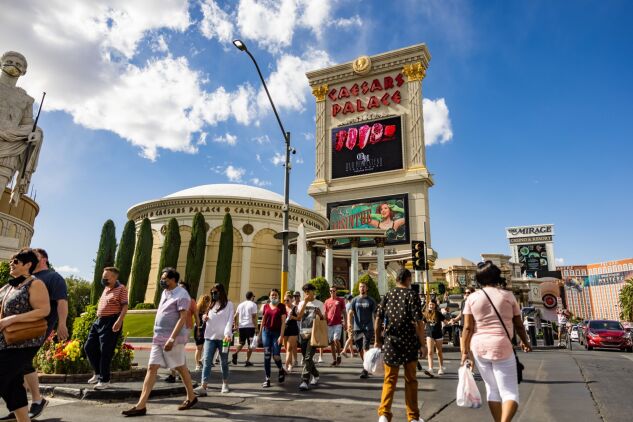 The union advocated for the Nevada legislation, after successfully negotiating to extend recall rights to two years for the 60,000 workers covered by its union contracts, Khan said.

“We knew there were hundreds of thousands of workers who were nonunion and weren’t protected by those recall rights. That’s where the ‘right to return’ law came in,” she added.

For employers, “right to recall” laws carry compliance burdens and the threat of agency enforcement and/or litigation, said Rick Alaniz, a labor and employment attorney in Houston who previously worked at the U.S. Department of Labor and the National Labor Relations Board.

So far, though, the California law and local ordinances have produced little or no enforcement action, Sarchet said. He speculated that’s because employers in service industries such as hospitality are facing a pressing labor shortage, making them eager to hire any qualified candidates, even if they are previously laid-off employees with poor performance records.

“Virtually every employer has got some people they would not want back. They’re glad to see them go out the door,” Alaniz said. “Right now, people are so damn desperate for help, if there’s anybody out there willing to work, they’re glad to have them back.”

The burden on employers also is somewhat limited by the duration of the recall laws, Sarchet added. The California law sunsets in 2024, but it only covers workers who worked for their employer for at least six months during 2019 before being laid off due to pandemic-related reasons. The Nevada law sunsets in 2022.

The laws add to a range of other factors that employers have to consider when recalling laid-off workers, such as requirements set by a collective bargaining agreement or the company’s own internal policies and practices, Alaniz said.

Also, employers could run afoul of anti-discrimination laws if they aren’t careful in how they decide whom to recall, he added. Unlike the pandemic-specific right to recall measures, “those are always in operation.”