The confirmation hearing for labor secretary nominee Marty Walsh, notable for its lack of partisan sniping, validated the Boston mayor’s bipartisan reputation and opened a clear path to Senate approval. But underlying the bonhomie that characterized many of Walsh’s exchanges with Republican senators were warnings of the fierce labor policy battles he’d confront as a member of President ‘s Cabinet.

Contrary to the divisive nature typical of confirmation hearings for Cabinet posts, the former construction union leader found common ground with senators from both parties on areas where he could help the economy recover from the pandemic, if confirmed to run the Labor Department.

The labor committee’s top Republican, Sen. Richard Burr (R-N.C.), gave Walsh a ringing endorsement before the two-term mayor had even delivered his opening statement, and the few borderline-testy exchanges that followed were brief and focused more on Biden administration policies than Walsh’s political or policy background. The GOP members of the panel clearly showed that they think Walsh would be the type of labor secretary who would listen to all sides—a hallmark of his tenure in Massachusetts politics.

Yet Washington is still Washington, and Walsh’s ability to please the opposing party and business community will surely have its limits. Biden and Democratic lawmakers will be counting on the next labor secretary to play an instrumental role in boosting union rights, enhancing workplace enforcement, and advancing a more proactive regulatory scheme.

Those are all subjects that attract fierce opposition from corporations and Republican lawmakers, who are only four years removed from an Obama-era labor agenda that they routinely tried to thwart through appropriations measures, lawsuits, and congressional oversight.

With Democrats in control of the White House and both chambers of Congress, Walsh doesn’t necessarily need to cultivate relationships with Republican lawmakers to advance all of his objectives, but his record suggests he’s ever the pragmatist.

And for one day at least, Walsh succeeded in striking a balance between assuring the Democratic-led labor panel that he believes in their worker-protective mission, including on boosting the minimum wage and ensuring pay equity, while giving a nod to the more business-minded Republican members that he’d be determined not to stifle job-creators.

That unifying message will be difficult for Walsh to implement in practice if given the keys to the Frances Perkins Building, DOL’s Washington headquarters.

Biden has already pledged to be the most pro-union president in history, a factor that surely inspired him to select Walsh, whose political rise was intertwined with his years as a Boston building trades official.

And Walsh has garnered pivotal endorsements from international union presidents who promoted him as the ideal candidate to forge swift action to benefit workers and grow union membership. Union advocates will have little patience for delay, if Walsh gets the post. 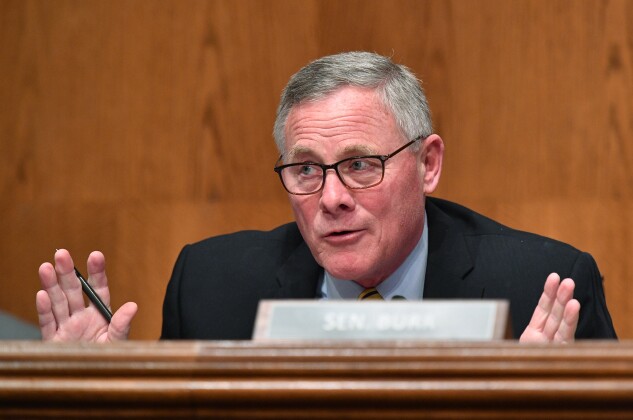 Union leaders and progressives didn’t hide their displeasure with the Obama administration for getting off to a slow start on labor policies, waiting until late in former President Barack Obama’s second term before key regulations on overtime, fiduciary standards, union-avoidance disclosures, and federal contractor standards came to fruition—only to be undone through a variety of mechanisms under former President Donald Trump.

They are now calling on Biden and Walsh to learn from those mistakes by taking a bolder, faster approach to changing labor and employment policy. And while Walsh’s nomination is still a week away from a vote by the Senate Health, Education, Labor, and Pensions Committee, Biden has already planted dozens of Obama alums, former union officials, and other seasoned progressive labor experts in senior roles at DOL.

While Burr joined HELP Chair Patty Murray (D-Wash.) in calling for Walsh to quickly be installed, he warned that he’s ready to bash the Bostonite if he were to use the office of labor secretary purely to make good on all of unions’ wish-list items.

“Our nation can never afford to have a labor secretary that will ever be accused of being in cahoots with union bosses or beholding to management,” Burr said.

And yet GOP members didn’t take a similar approach by pressing Walsh on his union ties, opting not to ask questions about how he’d oversee a DOL subagency responsible for reviewing union financial disclosures.

Business lobbyists and Republican lawmakers did their homework on Walsh’s track record in Massachusetts, deeming him the most reasonable of the candidates Biden considered for labor secretary. For Republicans and their management allies, mindful that Democrats have an edge in the divided Senate, there was little political value in antagonizing Walsh in public before giving him a shot to govern in a neutral manner, befitting his credentials.

A telling sign of the potential for the GOP’s kid-gloves treatment to quickly turn to partisan disagreement came in a back-and-forth with Sen. Tim Scott (R-S.C.).

Scott used almost all of his five minutes of questioning to espouse the dangers of the PRO Act, a union-backed labor law overhaul bill, which Democrats reintroduced Thursday morning. But Scott never asked Walsh to defend the proposal, which would make it easier for unions to organize, along with a host of other changes to federal labor law.

“The PRO Act is a place where you and I will have strong, passionate disagreements,” Scott said to Walsh, who at DOL wouldn’t implement the legislation if it passed, but would likely advocate for it on Capitol Hill. “I’d love for you to change your mind on the PRO Act—I don’t think you will, but I hope that you will come to both sides to have a conversation about how to move forward.”

“Absolutely, senator,” Walsh replied. “That’s something I am proud to do; I generally like to be a collaborator. I would love to keep those dialogues going. I have done that my whole entire career.”