Joe Biden’s victory will usher in new leadership at the U.S. Labor Department and—if his campaign pledges are any indication—shift its pandemic response in workers’ direction.

Biden’s priorities for the department are likely to include more punitive stances on workplace-safety standards for employers and protecting workers’ wages. The business-friendly approach Labor Secretary has implemented during his year in office is poised for reversal. And Biden is likely to be more responsive to organized labor and other worker rights’ organizations that took a back seat to industry groups during Scalia’s tenure.

Several tensions will pose immediate challenges for Biden’s Labor Department. His administration will need to dedicate time and resources to advancing new actions tied to Covid-19, without distracting from decisions on which Trump DOL rules and policies to undo.

Biden will also have to manage a political push-pull that could influence the 2022 and 2024 election cycles. The Democratic Party’s progressive wing will advocate for bolder and more lasting workplace regulation than the Obama administration achieved. But Biden’s slim—and still contested—margin of victory, along with evenly divided chambers in Congress, will affect his decision-making. More moderate forces will counsel Biden about the dangers of provoking a fierce backlash from businesses that are still navigating the pandemic-induced economic collapse.

“There’s so much that has to be undone, but there’s also addressing the threats of Covid, of a recession, of racial reckoning in our country,” said Tanya Goldman, a senior policy adviser at DOL’s Wage and Hour Division under former President Barack Obama. “A Biden-Harris Department of Labor is going to have to reorient back to the mission of protecting labor standards and the rights in the workplace.”

The foremost question for the transition at DOL is who will replace Scalia as labor secretary. Several names are being floated as possible contenders, but whether any of them are actually being considered remains a closely held secret within Biden’s inner circle.

The next DOL leader’s governing style will shape regulatory and enforcement strategy, but the greatest influence is likely to come from Biden himself. The president-elect will enter office with a well defined history of championing blue-collar workers and unions, and a track record of spearheading a large-scale economic recovery program.

Biden’s presidential campaign laid out a series of ambitious workplace policy goals, but he and his leadership team must decide which to prioritize. Those goals include a commitment to task the Occupational Safety and Health Administration with carrying out more robust pandemic-related enforcement, as well as a manufacturing plan that would ensure workers are paid prevailing wages on new projects.

Biden also pledged to pursue funding for more DOL investigators to target companies that wrongly classify workers as independent contractors. And he said he’d seek to restore an Obama-era initiative to use the federal procurement process to steer government dollars toward companies that avoid workplace violations.

“The Labor Department is going to be a very important agency based on Joe Biden’s correct understanding of how the economy works and the role of worker-bargaining power in that model,” Jared Bernstein, one of Biden’s top economic advisers, said.

Bernstein, a longtime advocate for labor unions and stronger worker protections who is on the Biden transition team’s advisory board, wouldn’t divulge details of Biden’s labor objectives. But he suggested, based on his experience working alongside then-Vice President Biden during the recovery from the Great Recession, that DOL would play a prominent role in executing Biden’s Covid-19 economic stimulus plan.

“When I worked with Biden back in 2009, he was quite insistent that important labor protections find their way into the Recovery Act, and he succeeded in that regard,” Bernstein said. “That’s muscle memory for him, and I would expect that to come back.”

Implementing the next stimulus bill will set the early tone for many of DOL’s programs next year.

Temporary paid sick and family leave benefits and jobless aid for gig workers and others who wouldn’t normally qualify for traditional unemployment benefits both expire Dec. 31. It is far from clear whether Congress will extend them or consider more permanent fixes. 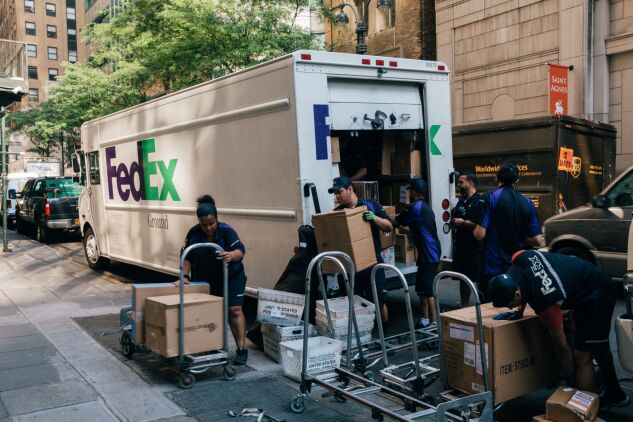 But regardless, pro-worker labor legislation has historically been difficult to enact because of reluctance from moderate Democrats and united GOP opposition, so Biden’s agenda for DOL will be crucial.

In some cases, the pendulum shift is likely to kill Scalia projects and restore the Obama DOL’s enforcement focus on industries that outsource employment to contractors or franchisees. That could entail renewed attention on applying broader interpretations of joint-employment liability for affiliated businesses and of the legal definition of an employee under the Fair Labor Standards Act.

The Trump DOL’s narrowed joint-employer test was struck down by a federal judge in September. That gives the incoming administration a chance to abandon defense of the rule in court. But a courtroom battle is still likely to advance before an appellate court, because an industry coalition intervened in the case to ensure it could continue the fight to preserve a pro-business standard if Trump lost.

The recently proposed rule to ease companies’ use of independent contractors faces a much less certain fate. Trump’s loss suggests the department will attempt to rush the regulation to completion by year’s end, with less risk of it getting invalidated through the Congressional Review Act.

But it is unclear whether the regulation would take effect before Inauguration Day, and whether opponents could mount a successful legal challenge to block it. A Biden administration would have to decide whether to use a new rulemaking to simply rescind the rule or to adopt a new regulation that would take a more worker-protective interpretation of employee status.

DOL subagencies spent 2020 finalizing a series of industry-backed, deregulatory actions. Next year, a Biden administration will have to decide which ones to target.

Key among them is replacing the Obama-era fiduciary rule with the Trump administration’s Improving Investment Advice for Workers and Retirees regulation. The Trump rule, which would ease restrictions on financial advisers, could be finalized before the transfer of power.

The agency also finalized Oct. 30 the Financial Factors in Selecting Plan Investments rule, to ensure plan fiduciaries choose investments based solely on financial considerations and not social or political ones.

Since those rules would be finalized late in an election year, a Biden-run EBSA would have the option of freezing the effective dates and using the rulemaking process to rescind them. Repealing them through the Congressional Review Act would be off the table if final results give Republicans a slight edge in the Senate.

Biden’s win also signals a likely change in enforcement priorities for DOL’s Office of Federal Contract Compliance Programs. The agency has recently focused on carrying out a Trump executive order that targets “stereotyping and scapegoating” in diversity trainings conducted by federal agencies and government contractors.

That order, which outlaws use of concepts such as “White privilege” and “White fragility” in worker training, is among multiple Trump directives that a Biden administration could quickly eliminate.

Instead, the incoming administration is likely to leverage DOL in efforts to lift economic conditions for workers of color.

Racial justice will “be an absolute focus” for the incoming DOL leadership, said Heidi Shierholz, who served as DOL’s chief economist in the Obama administration.

“The equity analysis of any potential action will be at the forefront in a way that I don’t think we’ve ever seen,” she said.

—With assistance from Paige Smith and Cheryl Bolen