President ‘s nominee to oversee private-sector employee benefits would be a Washington newcomer, but Lisa Gomez is armed with a wealth of experience representing the very union-backed plans the administration has pledged to protect.

Cohen, Weiss & Simon has deep ties to some of the nation’s biggest unions, and Gomez has personally represented many of them in benefits disputes, including the National Association of Letter Carriers, New Jersey Teamsters, and the New York State Nurses Association, according to a Bloomberg Law review of her litigation record.

If Gomez can win the divided Senate’s blessing, her record would make her an asset to an administration that’s doling out billions to rescue some of the country’s most underfunded multiemployer pension plans. While her work for unions—and Biden’s labor-friendly agenda as a whole—makes Gomez unlikely to garner much, if any, support from Republicans, her experience in crafting multiemployer plans by brokering deals that balance the interests of unions and the companies whose workers they represent could blunt some GOP resistance.

“I couldn’t think of a better candidate, given the challenges facing the multiemployer system,” said John R. Harney, a partner at the Washington, D.C.-based firm O’Donoghue & O’Donoghue LLP. “She’s got real experience with these issues.”

More than 100 massively underfunded U.S. group plans jointly managed by unions and employers have threatened, reduced, or even cut millions of workers’ retirement benefits over the last two decades—a lingering struggle after a spate of economic downturns since 2001.

The Pension Benefit Guaranty Corporation, the federal government’s private-sector pension insurer, issued long-awaited rules last month governing how it would administer a hotly contested $94 billion bailout Congress approved for those plans earlier this year. That program got underway late last month, but employers still want more assurances that the government will give them leeway in how they invest the money they receive.

EBSA won’t directly oversee the special financial assistance program, but a Senate-confirmed assistant secretary could prove a beneficial behind-the-scenes adviser to Labor Secretary , who chairs the PBGC board of directors.

Biden’s choice of Gomez to lead EBSA caught many Beltway observers off guard, in part because she’s not a Washington insider, having worked out of New York and New Jersey.

Gomez was an active litigator before her appointment to chair Cohen, Weiss & Simon’s management committee, in December. She’s worked with the firm since she graduated from law school in 1994, and, other than serving on American Bar Association committees and working with a nonprofit that connects law students with workers’ rights employment opportunities, she hasn’t been an outspoken critic or proponent of EBSA’s work.

If confirmed, however, Gomez would take the helm of an agency at the center of the Biden administration’s response to a flurry of Trump-era regulations that reconfigured fiduciary responsibilities and curbed environmental, social, and corporate governance investing.

That’s where her outsider perspective could be useful, said , who served as the DOL’s assistant secretary for employee benefits security under former President .

“Unquestionably her dedication to protecting the rights of workers will guide her decision-making, but her decades of hands-on plan experience will also inform her views,” Borzi said. “Although she has not been part of the ‘Washington scene,’ she brings a deep knowledge of how plans are operated and administered and has a strong record of working well with clients—both on the labor and management side.”

Gomez didn’t return an email seeking comment for this story. 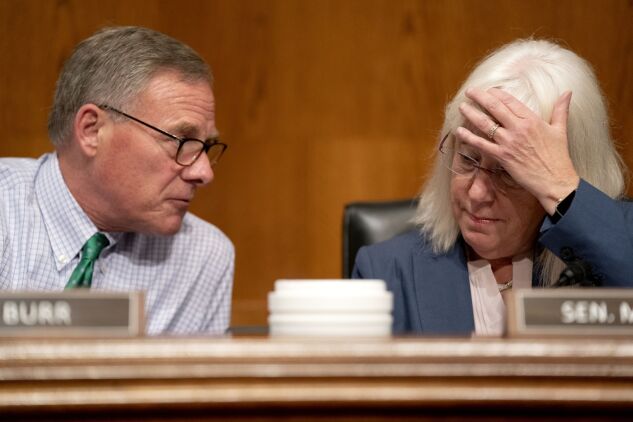 A Republican staffer on the Health, Education, Labor, and Pensions Committee, which will vet Gomez’s nomination, said her background appears similar to that of Borzi, which could concern Republican members of the panel. Borzi was responsible for broadening the agency’s definition of fiduciary advice, a regulation that threatened the insurance industry and was undone by the Trump administration.

Senate Republicans have balked at Biden’s slate of pro-union labor picks, but the GOP doesn’t have the votes to block Gomez’s confirmation if she wins the support of all 48 Democrats and the two independents who caucus with the party, given that Vice President holds the tie-breaking vote in the chamber.

Gomez’s experience crafting and representing multiemployer plans rather than just defending the unions that support them could prove an important distinction.

She has a unique understanding of the divergent interests that guide multiemployer plan design, Harney said. Few people can appreciate the careful balance unions and companies strike to facilitate employee benefits except for the attorneys that broker those agreements.

“These plans are managed by equal members of labor and management,” Harney said. “Lisa works effectively with both of them.”

The HELP Committee has yet to schedule a confirmation hearing for Gomez, and the chamber is on its August recess.

A committee aide said Sen. (D- Wash.), who chairs the panel, believes Gomez is a “highly qualified nominee” and plans to process her nomination once the chamber returns.

Gomez has a good reputation in the industry that will aid her efforts to implement Biden’s agenda once she’s confirmed, Kreps said, adding, however, that “the Senate moves at its own pace.”

The committee is in possession of Gomez’s ethics and financial disclosure report, which reveals that she would take a massive pay cut to work for the government; since Jan. 1 2020, she earned a partnership distribution of more than $966,000.

If confirmed, Gomez pledged to resign from her firm and the ABA committees she serves on, and to divest in a number of securities in which she is invested through her individual and workplace retirement accounts.

EBSA hasn’t had a Senate-confirmed assistant secretary since Preston Rutledge stepped down from the Trump administration in March of last year.

(Updated with comment from a Democratic HELP Committee aide, in paragraph 21. The Aug. 18 story was previously updated to correct the name of John R. Harney, a partner at O’Donoghue & O’Donoghue LLP.)