A bucket sits outside a Home Depot Inc. store in Reston, Virginia, U.S., on Thursday, May 21, 2020.
Andrew Harrer/Bloomberg

In May, United Parcel Service, Inc., The Home Depot Inc., Dollar General Corp., and Kohl’s Corp. were among the 16 S&P 500 companies to suspend buybacks. 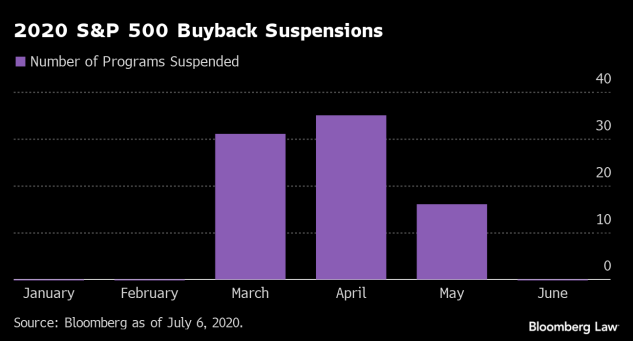 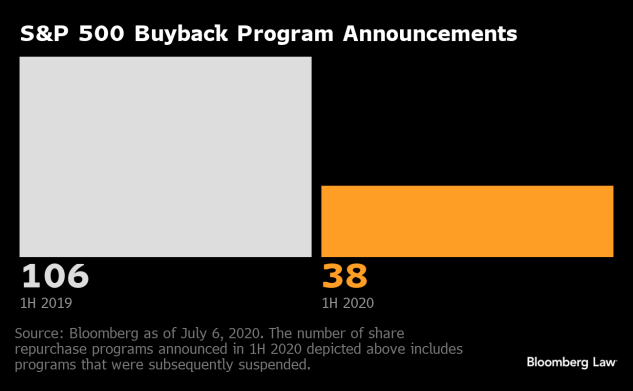 Buybacks are the subject of historical and ongoing controversy. Typically, corporations initiate share repurchases to return capital to shareholders, take advantage of undervalued shares, offset dilutive actions (such as mergers or employee share programs), or boost earnings per share. In the current volatile environment, many corporations may prefer to conserve cash, but politics and optics may also be at play in shaping companies’ decisions regarding buybacks. Additionally, if a company has received stimulus funding under the CARES Act, neither it nor its affiliates may repurchase the company’s public shares for a period of one year following repayment of the funds.

Successfully implemented new buyback programs (i.e., ones that don’t get canceled) announced in the second half of the year will tell the extent to which there will be a return to pre-pandemic levels.