Corporations in the hardest-hit sector of the economy are taking a combination of cash-conserving actions as consumer discretionary spending declines to concerningly low levels. These actions may signal approaching distress for more companies. They are also among the measures taken by the “zombie companies” of the pandemic that are being propped up by bonds and government assistance.

Year to date, S&P 500 consumer, cyclical companies have announced the highest number of buyback suspensions and dividend cuts compared to all other sectors. 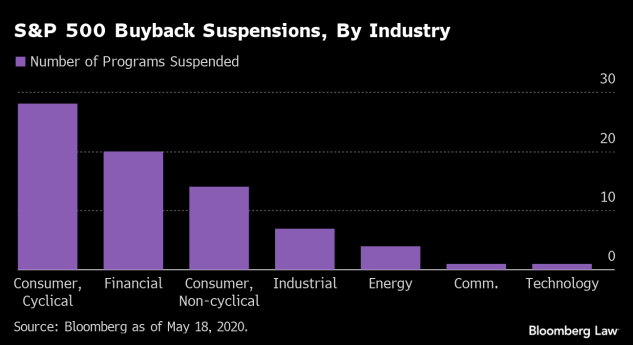 Among S&P 500 companies, 14 have announced both buyback program suspensions and dividend cuts since the beginning of the year. The majority are consumer, cyclical companies and many are companies that are in trouble. They include members of the beleaguered travel and hospitality industries: Carnival Corp., Alaska Air Group, Inc., Southwest Airlines Co., and Hilton Worldwide Holdings, Inc. Also included are hard-hit retailers Tapestry, Inc. (parent company of Coach New York, Kate Spade New York, and Stuart Weitzman), Nordstrom, Inc., The Gap, Inc. and discount retailer TJX Companies, Inc. The Boeing Co., which announced in April that it will lay off 10% of its workforce, is also on the list. 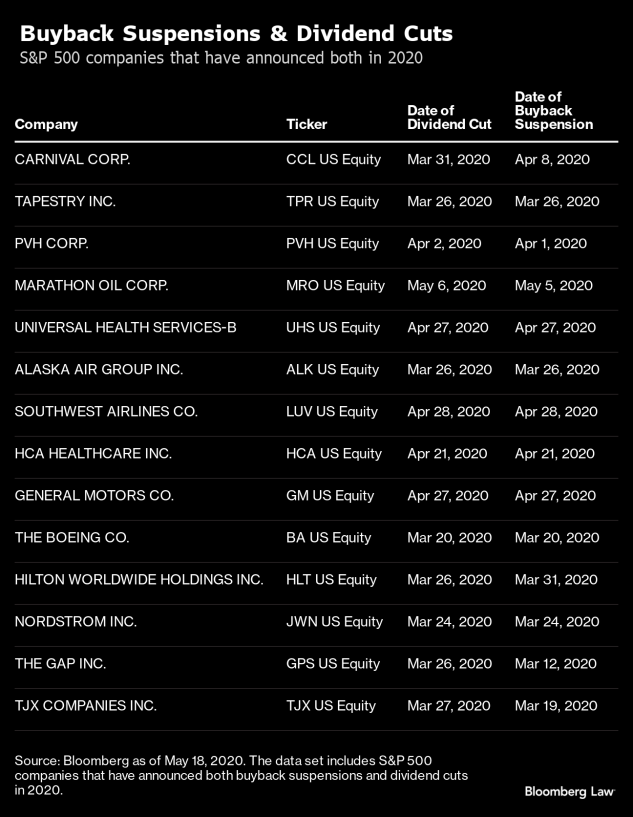 Consumer, cyclical-sector bankruptcies are starting to roll in, and some of these companies may end up joining the tally or becoming zombies in the interim.

Even dividend cuts alone may signal serious problems. L Brands Inc., the parent company of Victoria’s Secret, which is now due to close a quarter of its stores in North America, cut dividends on March 27. This occurred roughly a month before private equity firm Sycamore Partners filed with the Delaware Chancery Court seeking to terminate its acquisition of the lingerie brand—a dispute that sparked global discussion of M&A contract provisions that can allow buyers to bail on a deal before it closes. Kohl’s, which is trying to stay afloat, cut dividends on April 17.