Geopolitical tensions and legal developments in the US motivated investors last year to try to modify company behavior. In 2022, activists launched the most investor activism campaigns (632) since Bloomberg began tracking global investor activism in January 2017. 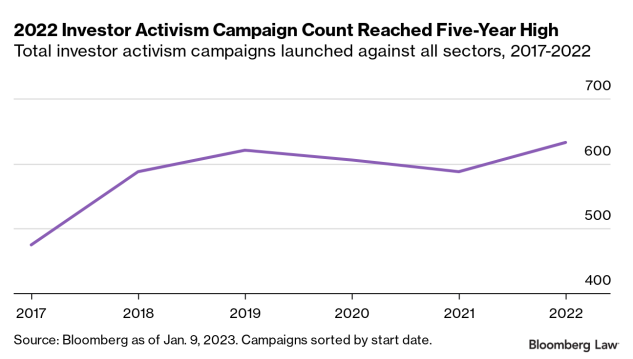 This five-year high is largely thanks to Q4’s 178 new campaigns—the highest for Q4s that Bloomberg has on record, and the second highest across all quarters since 2017 (behind Q2 2018’s 194 campaigns). 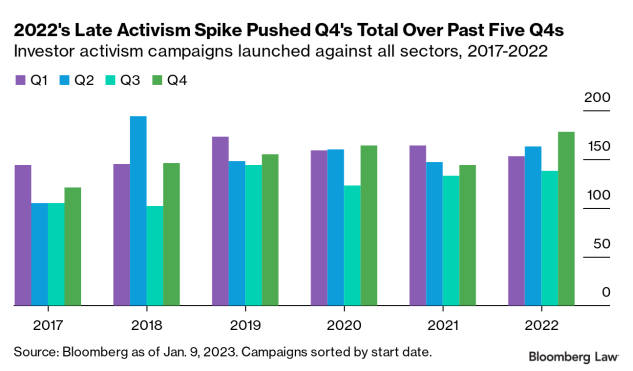 The technology sector led all sectors in the number of campaigns in Q4, with 32. This development aligns with the fact that engagements involving tech companies saw a 74% increase in 2022 as a whole. Software companies were the most common type of activist target for the tech industry in Q4, with 20 campaigns launched against them.

But sector-specific activism may not be the only factor contributing to Q4’s high activism count. Coinciding with the low Q4 M&A activity examined by Legal Analyst Emily Rouleau, investors took issue with the M&A events this quarter.