Today, the Bureau of Labor Statistics released unemployment rates for the month of May. While total United States unemployment decreased, the news for those in legal occupations is quite bad—worse than you might have expected. But, for women at least, there is a silver lining.

May’s total United States unemployment rate (not seasonally adjusted) dropped to 13% from the April spike to 14.4%. 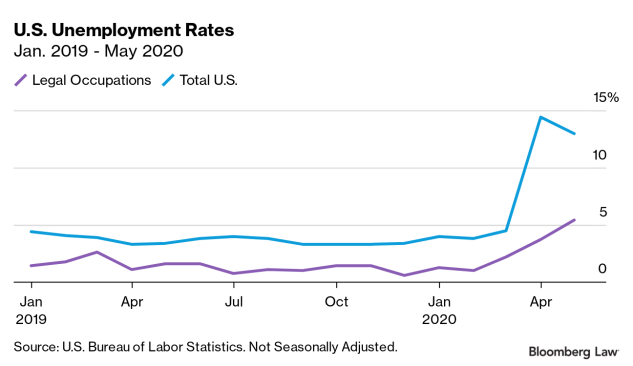 Interestingly, men and women shared the pain equally, with both experiencing unemployment rates of 5.4%. For men, this reflects an increase of just 0.6 percentage points over the prior month. For women, however, unemployment more than doubled from the April rate of 2.6%. 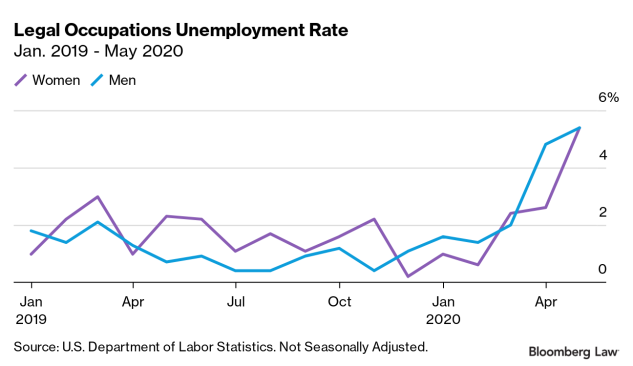 Looking for the silver lining? There is one, if you are willing to look at things from a different angle. While men are experiencing the worst unemployment rate in decades, women are not. Women in legal occupations saw unemployment rates above the current 5.4% in 2011, 2009, 2007, and 2003. The highest unemployment rate on record for women (since January 2000) was 6.6%, seen in March 2011. During that same month, men only experienced an unemployment rate of 2.5% (though their peak for the year was higher, at 4.6%). So perhaps diversity initiatives are showing results, even in these difficult times.