After reaching an annual deal count of 46 in boom-year 2021—which was one of the highest annual counts of mega deals on record, according to Bloomberg data—a total of 34 M&A mega deals, valued at $10 billion or greater, were announced in 2022. 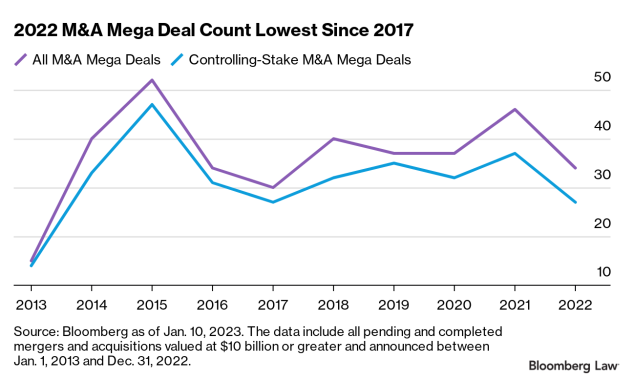 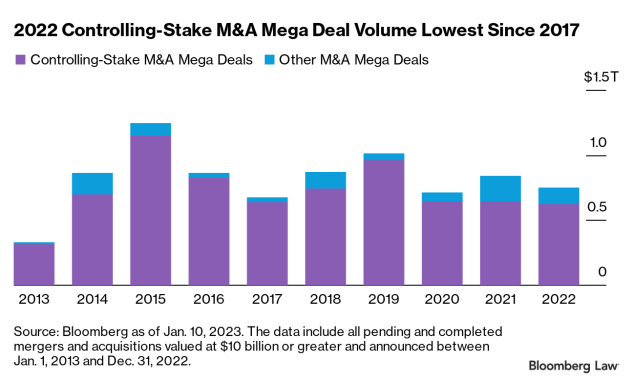