Manafort’s prosecution was very sad, Trump told reporters as he departed the White House Nov. 29 for the Group of 20 summit in Buenos Aires. He confirmed that he had said in an interview with the New York Post that the possibility of a pardon is “not off the table.”

“Why would I take it off the table?” he told the Post. 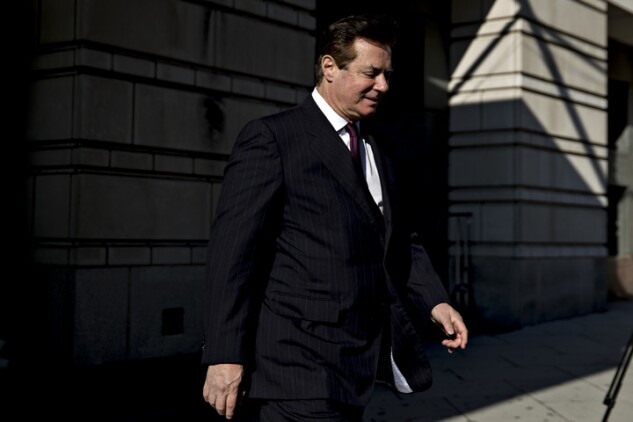 Trump’s lawyer Rudy Giuliani said Trump would not pardon anyone now, but reserves his power to do so if he feels it appropriate once the investigation is over. Giuliani said Trump’s lawyers discussed the idea of granting pardons with the president in April, and the lawyers persuaded him not to take any action while the investigation was continuing.

“He is not going to pardon him necessarily, but he is going to consider it and not give up his right to,” Giuliani said in a telephone interview, referring to Manafort. Giuliani, the former mayor of New York, said he and Trump’s other lead lawyer, Jay Sekulow, have had no conversations with Manafort’s team about a possible pardon.

Trump and his lawyers have previously declined to comment on whether he’d consider pardoning Manafort, who in September agreed to cooperate with Mueller’s investigation. The seeming shift in tone comes after Mueller said in a court filing Nov. 26 that the cooperation deal was void after Manafort repeatedly lied to authorities.

The rupture could have dire consequences for the 69-year-old Manafort, who has sought to avoid spending the rest of his life in prison after being convicted of bank and tax fraud shortly before he agreed to cooperate and plead guilty to other charges.

Dangling the possibility of a pardon could be an attempt to obstruct justice or tamper with a witness if it’s intended to prod Manafort to offer testimony favorable to Trump or avoid providing damaging evidence, according to Sen. Mark Warner (D-Va.), the top Democrat on the Senate Intelligence Committee.

“This would be a blatant and unacceptable abuse of power,” Warner said in a tweet. “The pardon power is not the President’s personal tool for protecting himself or his friends.”

In an unusual move, Manafort’s lawyer Kevin Downing has been in contact in recent months with Giuliani and one of Trump’s former lawyers, John Dowd.

Downing spoke to Trump’s legal team while Manafort was cooperating with Mueller to say that the president had “nothing to worry about,” according to a person familiar with the communications. But Downing didn’t convey specifics of the debriefings or the substance of questions from prosecutors, according to the person.

Giuliani said the lawyers still have a joint defense agreement in place and had about six conversations with each other during the cooperation period when Manafort’s lawyers shared information they believed could be helpful to Trump’s defense.

Giuliani said the conversations hadn’t gotten into specifics of what questions Mueller was asking. He said he assumed one of the topics was a 2016 meeting in Trump Tower that included Manafort, Donald Trump Jr. and a Russian lawyer, but he wasn’t certain that the meeting had come up. 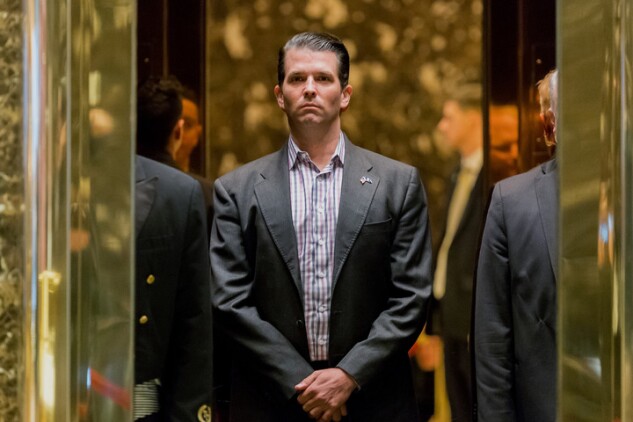 Manafort’s lawyers have continued to tell Trump’s team that they haven’t shared any information that could be harmful to the president, Giuliani added.

“They give us information at their discretion as it relates to what they think we need to know to defend our client,” Giuliani said.

“It makes no sense why he’s not cooperating, other than something that’s been promised him,” said Rossi, who said he believes it’s likely Manafort has been promised a pardon. “Paul Manafort has acted in a way that is the most irrational of any cooperator I’ve ever heard of or had experience with.”

The judge has set a hearing for Nov. 30 to determine a schedule for Manafort’s sentencing. In the Nov. 26 court filing, Mueller said Manafort engaged in unspecified “crimes and lies” that prosecutors will spell out in a later filing.

Days after submitting his long-pending written responses to questions from Mueller, Trump revived his attacks on the special counsel, tweeting Nov. 27 that he’s “ruining lives” of witnesses who refuse to lie. Trump has previously called Manafort a “good man” and asserted that Mueller treated him unfairly.

Trump continued bashing the Mueller probe on Nov. 29, writing on Twitter: “When will this illegal Joseph McCarthy style Witch Hunt, one that has shattered so many innocent lives, ever end-or will it just go on forever?”

The attacks come as another former Trump associate, Roger Stone, is coming under increasing scrutiny from Mueller. Stone associate Jerome Corsi, a right-wing author and conspiracy theorist, has given what he says is a draft plea deal with Mueller to media outlets. 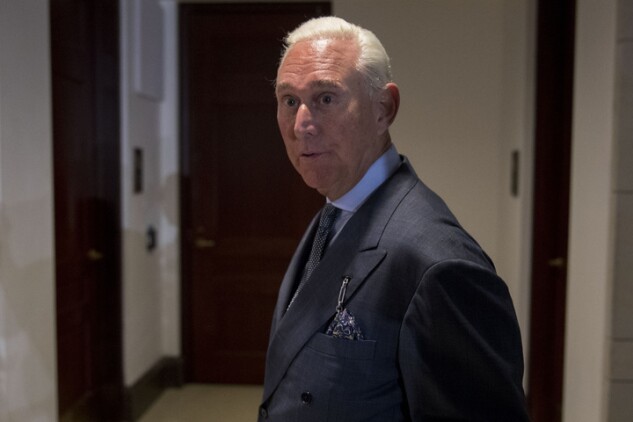 The document says that Stone asked Corsi to get information from WikiLeaks founder Julian Assange about emails hacked from Democrat Hillary Clinton’s presidential campaign and that Stone had advance knowledge that WikiLeaks was planning to release the stolen material.

Sekulow said he received an anonymous package about two weeks ago that contained the draft plea agreement, which he reported to the Justice Department and FBI because he didn’t know who the sender was.

Corsi, appearing on MSNBC on the night of Nov. 28, said he told a grand jury that he had lied to the House Intelligence Committee about what he knew regarding the emails. Corsi, who over the last few weeks has said that he expects to be indicted in the Mueller inquiry, told MSNBC that he “might die in jail” and that he was “not anticipating a pardon.“

Trump has publicly denied he knew anything about the WikiLeaks emails. Stone, known as a political provocateur since his work on Richard Nixon’s 1972 presidential campaign, said in a text message that nothing in the email exchange proves he had any advance knowledge about the stolen emails.

“Every politico and political reporter in America wanted to know what WikiLeaks had after Julian Assange teased it on CNN in June 2016,” Stone said. “There is simply nothing illegal about trying to find out what this was about.”

With assistance from Steven T. Dennis and Billy House

To contact the reporters on this story: Shannon Pettypiece in Washington at spettypiece@bloomberg.net; David Voreacos in Newark, N.J., at dvoreacos@bloomberg.net

To contact the editors responsible for this story: Kevin Whitelaw at kwhitelaw@bloomberg.net; Alex Wayne at awayne3@bloomberg.net John Harney