The $1.6 million penalty two Trump companies must pay for their tax fraud crimes is the maximum under the law, but it is likely to be eclipsed by longer-term blowback to the .

The two business units were sentenced on Friday in New York State Supreme Court after a felony conviction last month. The real punishment lies ahead, in potential fallout that goes beyond reputational damage to freezing the firm out of coveted deals, bank loans and government contracts, legal experts say.

“Doing business with a company that has been found guilty of unscrupulous practices may exceed the risk tolerance of lenders, insurers and potential business partners,” said , a former federal prosecutor who now teaches at the University of Michigan’s law school. 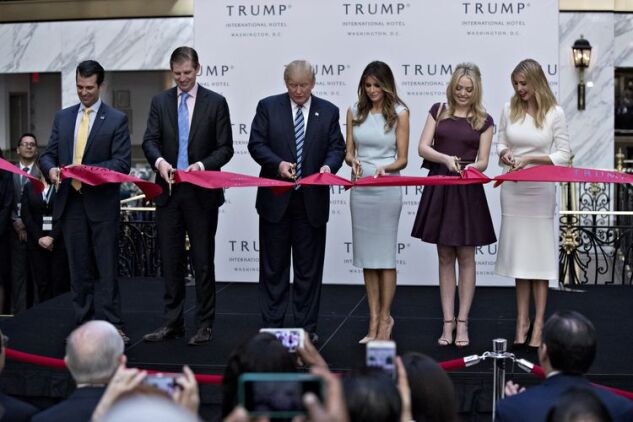 The sentencing comes after the jury returned its verdict against the two units on all 17 counts, including conspiracy, criminal tax fraud and falsifying business records. The case stems from a scam spanning more than a decade to hide taxable income by compensating executives with unreported perks like luxury cars and private school tuition. At the center was longtime chief financial officer who became the prosecution’s star witness at last year’s trial.

Now the stain of the felony will likely make it harder for Trump’s company to secure bank loans, at least in the US, experts say. It will also make it more difficult to win government contracts, like the one that let Trump develop Washington’s Old Post Office into a luxury hotel.

“Does any company want to disclose they’re entering into a deal with a company convicted of tax fraud?” said , a former Internal Revenue Service lawyer now in private practice and specializing in tax cases. Some companies, lenders and municipalities are bound by “morals clauses” that prohibit doing business with felons, he said.

Manhattan District Attorney , whose office won the verdict along with the state attorney general’s office, called it a “historic sentencing.”

He added that New York state penalties for corporations convicted of crimes were “not enough” compared with federal fines for corporate wrongdoing, and “need to change in order to capture this kind of decade-plus, systemic, egregious fraud.”

But Bragg said it wasn’t over. He said the sentencing of the two companies and, earlier this week, Weisselberg “closes this important chapter of our ongoing investigation into the former president and his businesses. We now move on to the next chapter.” 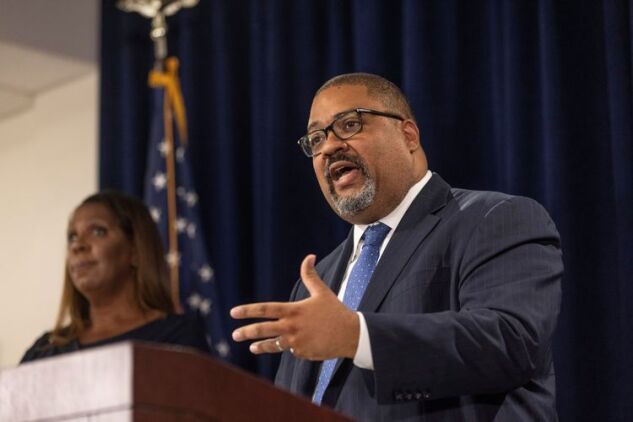 The Trump Organization said in a statement that it “did nothing wrong” and would appeal the verdict.

“New York has become the crime and murder capital of the world, yet these politically motivated prosecutors will stop at nothing to get President Trump and continue the never ending witch-hunt which began the day he announced his presidency,” the firm said in a statement. It said Weisselberg, too, was a “victim” and was “threatened, intimidated and terrorized” into testifying for the prosecution.

Trump’s legal troubles in New York are far from over. A $250 million civil fraud case brought by Attorney General is scheduled for trial in October. Not only are the financial stakes in that case far greater, but the suit also seeks to bar Trump and three of his children from ever running any business in the state.

James has already succeeded in getting a corporate monitor installed at the Trump Organization. Previous litigation by her office resulted in the dissolution of the Trump Foundation, which violated the state law governing charities.

“The attorney general’s lawsuit is a real threat with real teeth,” said Daniel Horwitz, a former prosecutor at the Manhattan DA’s office who is now at the law firm McLaughlin & Stern. “If the AG gets the relief she’s seeking, it will essentially put an end to the Trump Organization in New York state as we know it.” 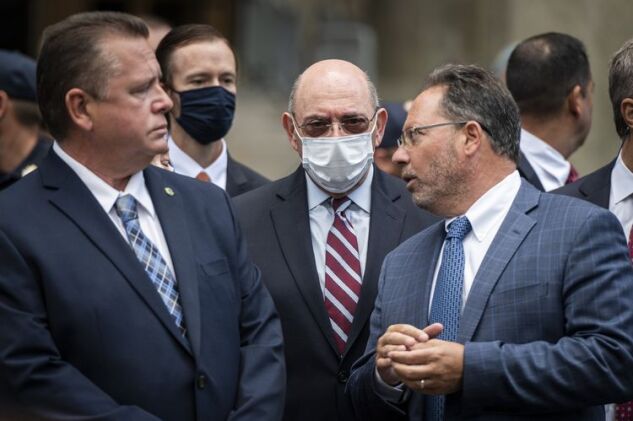 Trump himself wasn’t charged in the criminal case, but the outcome arrived amid his run for president and a series of other legal threats.

Besides James’s case, they include criminal probes of efforts by Trump and his allies to overturn the 2020 presidential election and the treatment of classified government documents at Mar-a-Lago, his Florida home.

Trump has called all the cases and probes he faces baseless political vendettas.

The Manhattan case grew out of an investigation of the Trump Organization’s business practices begun under former DA , who in 2021 secured an indictment of Weisselberg and the two Trump companies. Weisselberg struck a plea deal with Bragg’s office last August. Prosecutors have said their probe began after a Bloomberg News about Weisselberg’s perks.

After the conviction, Trump said in a statement that it was unfair to prosecute his companies for the acts of the disgraced former CFO, with Weisselberg himself “and every witness repeatedly testifying that President Trump and the Trump Family knew nothing about his actions, which he admits were done solely for his own benefit.”

He said New York “is a hard place to be ‘Trump,’ as businesses and people flee our once Great City!”

To contact the reporters on this story:
in New York at gregfarrell@bloomberg.net;
in Federal Court in Manhattan at pathurtado@bloomberg.net