President ’s commutation of ’s 40-month prison term for lying to Congress and tampering with a witness during the Russia probe also scraps the two years of supervised release and $20,000 fine that were part of his sentence.

A copy of Trump’s signed two-page executive grant of clemency was posted to Stone’s criminal docket on Monday after U.S. District Judge ordered prosecutors to explain the full scope of the handed to the president’s longtime friend and political booster on Friday. 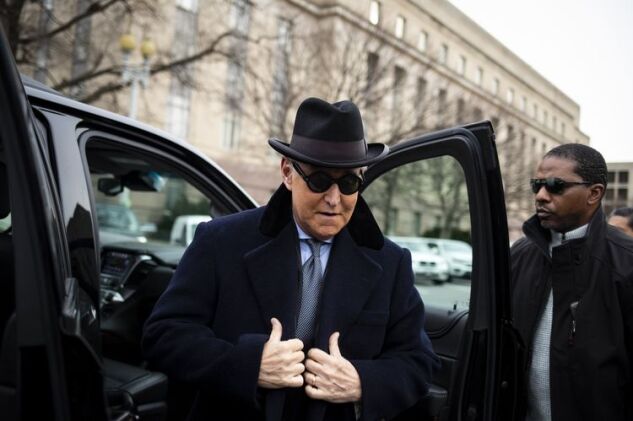 The controversial act of clemency fell short of a full pardon that would have required an admission of guilt from Stone and would have forced him to abandon his ongoing appeal of his conviction last year by a Washington jury.

Stone said in a text message on Monday that he’s pleased with the commutation, particularly in light of the coronavirus outbreak at the federal facility in rural Georgia where he’d been due to surrender on Tuesday after his request for a two-month delay was denied.

“I am grateful for the full commutation that the president gave me in an act of both justice and mercy, in which the president recognized that I did not receive a fair trial, as well as recognizing the eminent danger of sending me -- at age 67 and with a history of asthma -- to a correctional facility that now has 60 confirmed cases of Covid-19 virus,” he said.