Lawyers for Kyle Rittenhouse, the teenager acquitted on all charges for having killed two people at a tumultuous Black Lives Matter protest in Wisconsin last year, say they knew his personal testimony would be key to his defense because they tested mock juries for it.

“We did two different juries, one with him testifying, one without, and he did substantially better” with the jury when he testified, said defense attorney Mark Richards. “That sealed it.”

That came as no surprise to , a retired professor of law at Harvard with long experience in criminal cases, who said the decision to put Rittenhouse on the stand was vital.

“I don’t think you can win a case of self-defense like this without looking the jury in the eye and persuading them that you were really scared,” he said. “It was essential for him to take the stand.” 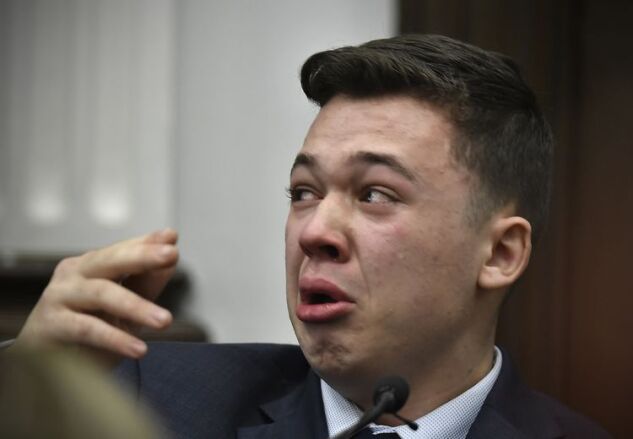 Kyle Rittenhouse breaks down on the stand as he testifies during his trial at the Kenosha County Courthouse on Nov. 10, 2021.
Photographer: Sean Krajacic/Pool/Getty Images

The case has drawn keen attention nationally, turning Rittenhouse into a symbol for some of vigilante gun culture directed at racial justice demonstrations and for others of patriotic young men taking up arms to protect communities under siege. But for the jury, it may have turned more on a narrow definition of self-defense aided by his personal testimony.

According to Wisconsin law, deadly force can be used if a person “reasonably believes that such force is necessary to prevent imminent death or great bodily harm to himself or herself.”

Rittenhouse, who was 17 at the time of the killings, argued that the men he shot dead had attacked and threatened him and he was terrified for his life. On the stand, he broke down in sobs describing his feeling of terror while giving many the impression of a respectful and serious young man.

The prosecution said Rittenhouse lost his right to claim self defense when he provoked people by raising the weapon at demonstrators who weren’t threatening him. But his lawyers argued Rittenhouse only shot when threatened, and didn’t fire the weapon any other time.

Some, including President , saw him as opposing racial justice with a firearm.

Paul Bucher, who served as a district attorney in Wisconsin for three decades, said the prosecution -- like many in the country -- seemed to have underestimated the strength of the self-defense argument. Moreover, he said, the video of the event played at trial worked for the defense because it showed the chaos surrounding Rittenhouse at the key moments.

Bucher did express surprise that the jury didn’t convict Rittenhouse on even one of the lesser charges. But he rejected the idea that the case sends any broader message. It was, he said, fact specific.

Cheryl Bader, a former federal prosecutor who now teaches at Fordham University School of Law, said there didn’t appear to be any obvious errors in the state’s case. Even so, the prosecutor probably could have pressed Rittenhouse harder on the witness stand while questioning him about his motives at the rally that night.

“There probably could have been more during the cross-examination, when Rittenhouse was vague and unclear about what his intentions were in traveling there,” Bader said. 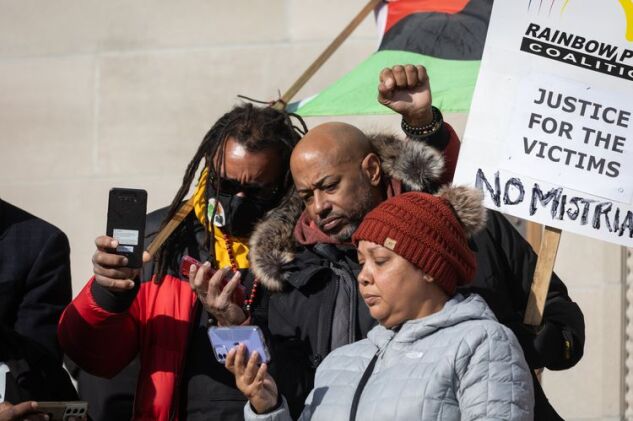 Justin Blake, uncle of Jacob Blake, left, listens as the verdict is read outside of the Kenosha County Courthouse during the Kyle Rittenhouse trial in Kenosha, Wisconsin, U.S., on Friday, Nov. 19, 2021.
Photographer: Christian Monterrosa/Bloomberg

Kim Ferzan, a professor of law and philosophy at the University of Pennsylvania, said the defense was aided by Wisconsin’s broad self-defense law that doesn’t give juries much wiggle room.

“The question of whether the jurors appropriately made those calls is a distinct question from what the law should be,” she said in a statement after the verdict.

The case does nonetheless raise a broad question about what the law should be, she said. This is something many across the country have felt as they watched the case unfold. What, they asked, was a 17-year-old living in a neighboring state doing bringing a semi-automatic weapon to a turbulent demonstration? Wasn’t he just looking for trouble?

Ferzan asked that question herself, saying, “We need to think seriously about whether citizens should be entitled to go on the offense in our name -- to bring weapons and seek to enforce laws -- when we know that such actions may themselves be the trigger of violence and death.”

That wasn’t a question offered to the jury.