It’s a dire turn for Manafort, who was accused of witness tampering, pleaded guilty to a range of charges laid by Mueller and finally agreed to cooperate to avert the possibility of spending the rest of his life in prison. 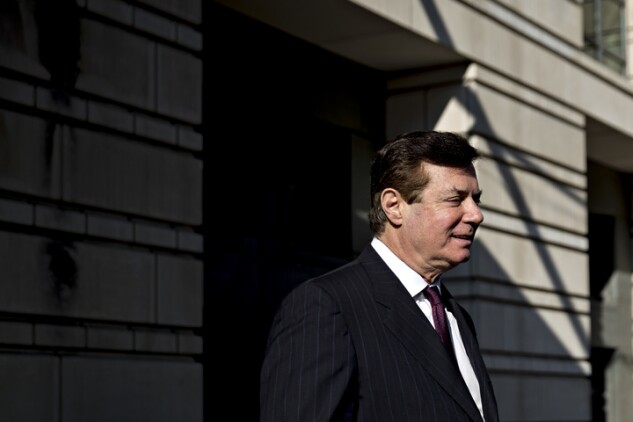 Manafort’s cooperation gave Mueller access to a Trump campaign insider who could potentially advance his investigation of Russian election meddling. Monday’s filing in Washington federal court was eagerly anticipated after the sides sought a 10-day extension to report on Manafort’s cooperation—a tight window that led some observers to speculate that Manafort had delivered information that could lead to charges against others in Trump’s circle.

Instead, the filing suggests that the sides have been wrangling over whether Manafort was fulfilling his cooperation duties—with Mueller ultimately concluding he wasn’t. It’ll be up to U.S. District Judge Amy Berman Jackson to decide whether that’s the case, after taking into consideration Manafort’s claim that in many meetings with the government, he didn’t lie.

“He believes he has provided truthful information and does not agree with the government’s characterization or that he has breached the agreement,” Manafort’s lawyers said in the same filing.

The breakdown comes at the same time that another cooperator in the Mueller investigation, George Papadopoulos, unsuccessfully sought to postpone his jail term, in the hope that an appeals court would overturn his sentence. He reported to serve his 14-day sentence Monday at a prison camp in Wisconsin.

Manafort, who admitted to two conspiracy counts in Washington in September after a jury convicted him in Virginia earlier of tax and bank fraud, “committed federal crimes by lying to the Federal Bureau of Investigation and the Special Counsel’s Office on a variety of subject matters,” according to the filing.

By breaching his plea agreement, Manafort will lose the benefit of prosecutors recommending that he receive leniency at his sentencing. Prosecutors said they will file a report that “sets forth the nature of the defendant’s crimes and lies.”

Under the plea deal, he faces as many as 10 years in prison in the Washington case. He may wind up with an even longer sentence if the judge finds he breached that deal. He also faces an additional 10 years in the Virginia case.

Both sides asked Jackson to sentence Manafort without delay.

In August, a federal jury in Alexandria, Virginia, convicted Manafort of bank and tax fraud. He pleaded guilty a month later in Washington and began meeting with U.S. investigators while he was locked up in jail.

Other high-profile members of Trump’s campaign team are also due to be sentenced in December after providing information to federal prosecutors. The president’s first national security adviser, Michael Flynn, entered into a plea deal with Mueller, while Trump’s longtime personal lawyer, Michael Cohen, has been providing information to Mueller’s team and federal prosecutors in New York, among others, a person familiar with the matter has said.

To contact the editors responsible for this story: David Glovin at dglovin@bloomberg.net; Jeffrey D Grocott at jgrocott2@bloomberg.net Joe Schneider