A jury of seven men and five women was sworn in Thursday for the criminal fraud trial of over charges that the founder defrauded investors and patients.

The panel was chosen from a pool of about 100 people after they completed a 28-page written questionnaire and many were questioned further in court by the judge and lawyers. The jury includes at least one woman who disclosed personal experience of abuse, a subject that may prove central to deciding the entrepreneur’s guilt or innocence.

Holmes, 37, faces a dozen fraud and conspiracy counts that could send her to prison for as long as 20 years if she’s convicted. It’s one of the highest-profile prosecutions in Silicon Valley history and the trial in federal court in San Jose, California, could last more than three months. Opening arguments are set for Sept. 8. 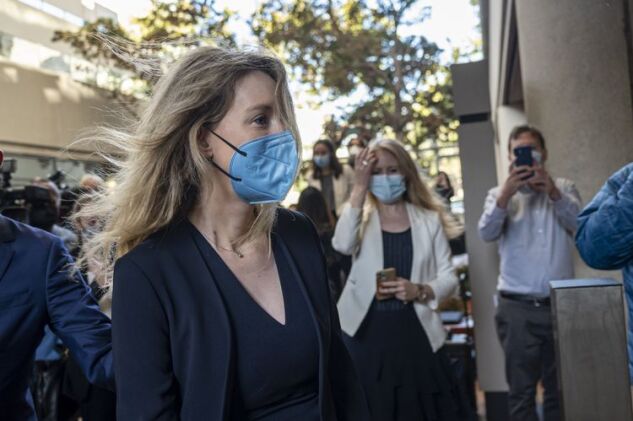 Lawyers for Holmes have indicated they may argue at trial that her mental health was impaired by “a decade-long campaign of psychological abuse” at the hands of co-defendant , her former romantic partner and president of the company. Balwani, who has denied the allegations, faces a separate fraud trial early next year.

Over two days in open court, the jury pool was narrowed primarily with questions about two issues: whether potential jurors have been exposed to extensive publicity about Holmes over the past several years and whether they have any personal experience with domestic abuse. Potential jurors who described the most severe accounts of abuse were mostly eliminated from the pool by lawyers.

Jurors who have personal experience related to a central issue in a trial, including abuse, tend to have outsized influence during deliberations on a verdict, said Merrie Jo Pitera, a jury consultant at Litigation Insights in Overland Park, Kansas. But having jurors with that profile, whom consultants refer to as “knowledgeables,” is no guarantee they will side with a defendant, she said.

“It’s going to be new territory for these jurors to filter the theories and evidence through their sensibilities to make sense of what story they believe,” Pitera said. If Holmes’s account of abuse “doesn’t align with the way they understand abuse to happen based on their personal experience, then they could align with the prosecution’s version of what happened. It could go both ways.”

Another jury consultant, Rachel York Colangelo of Magna Legal Services, said success for Holmes may turn on how well the defense team can downsize her from a media celebrity to a regular person.

“She needs people to see her as a vulnerable young woman under the control or influence of her alleged abuser, not as this cunning, manipulating person,” York said.

The process of selecting the panel yielded few details about jurors’ jobs, families and interests. That information was mostly contained in questionnaires jurors filled out beforehand that are held privately by U.S. District Judge and lawyers. The panel includes five alternates -- three women and two men -- in the event any jurors drop out or are dismissed from the case.

(Updates with dismissal of jurors who gave personal accounts of severe abuse.)