Corizon Health settles lawsuit accusing it of firing employees with disabilities after they used all of their leave and otherwise failing to accommodate them.
Giles Clarke/Getty Images

, the former chief who once safeguarded the retirement savings of millions of Americans, was sentenced to nine months in prison for paying $850,000 in bribes to get four of his children into USC and Georgetown as phony soccer and tennis team recruits.

The sentence, pronounced Friday in federal court in Boston, is the longest yet for a parent in the biggest college admissions scandal the U.S. has ever prosecuted. Hodge is the 14th parent to be sentenced.

“I have counseled my children to listen to that inner voice that tells them right from wrong,” Hodge told the judge. “Well, I did not listen to mine.”

The government had asked for a two-year term, saying Hodge, 62, was among the “most culpable” of parents prosecuted. Hodge’s lawyers sought leniency, comparing their client’s crimes to those of a parent in the case sentenced to six months behind bars, which had been the longest term. 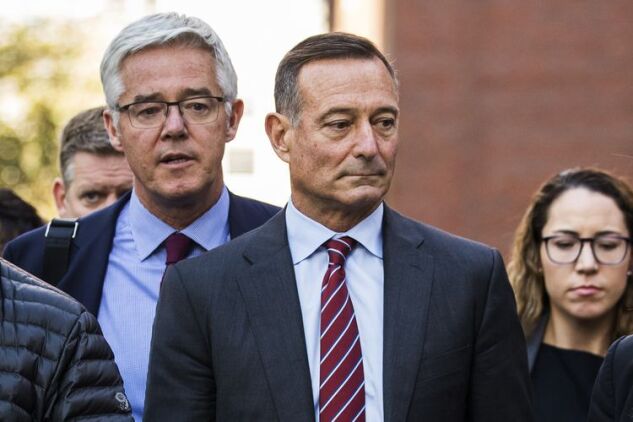 “Your conduct in this whole sordid affair is appalling and mind-boggling all at the same time,” U.S. District Judge said. Hodge harmed not only the and but “the entire system of education in this country,” he said.

Gorton said he would have sentenced Hodge to a year but gave him “a discount” for his extensive philanthropy. In seeking leniency, the defense had said Hodge gave away 60% of his pay during his four years as CEO at Pimco.

Prosecutors said Hodge committed fraud despite enjoying “extreme, almost unfathomable privilege” as the leader of the giant bond manager He used a corrupt admissions counselor’s “side door” scheme more often and longer than any of the other 35 parents charged in the scandal.

“When no one was looking, this defendant stole four admissions spots,” Assistant U.S. Attorney Justin O’Connell said in court, adding that Hodge, who paid the first of his bribes in 2008, took tax deductions on his bribes and “put his own children in harm’s way.”

Prosecutors said one of Hodge’s children was partly aware of the plot and was told to tailor her answers during an admissions interview to conceal that she knew she’d already been promised admission. Hodge called that claim false and said in a court filing that he “was careful to shield my children from the actions that Mr. Singer and I were taking on their behalf.”

Rick Singer is the admitted mastermind of the scam, in which well-heeled parents paid thousands of dollars to fix their children’s college entrance exams or hundreds of thousands to bribe college sports coaches to put their kids’ names on recruiting lists, ensuring a place at top schools including USC, Georgetown, , and many others. Some parents did both. None of the students or colleges were charged.

Hodge and his lawyers had previously said the donations to the colleges were legitimate. After prosecutors increased the pressure on him by adding a money-laundering charge, he in October.

In 2008, prosecutors said, Hodge sent two checks for $75,000 each made out to Gordon Ernst, then Georgetown’s head tennis coach, who has pleaded not guilty to racketeering. Hodge paid more bribes directly to Ernst for another child in 2010, mailing the payments to his home, they said. Hodge believed the bribes were going to support the college’s tennis program, his lawyers said at one point.

In 2013 and 2014, Hodge secured two admissions at USC through payments made to Singer’s nonprofit foundation and through checks made out to the USC “women’s athletic board,” prosecutors said.

After Singer began cooperating with the government in 2018, Hodge was secretly recorded discussing with him the cost of using the scheme to win admission to . He was willing to pay more than $200,000, according to prosecutors. He denied the allegation.

Before Gorton handed down Hodge’s sentence, defense attorney Brien O’Connor argued for leniency, saying his client had led a life “dedicated to providing thousands of children from impoverished backgrounds with the opportunity to improve their lives.”

O’Connor said Hodge had mentored underprivileged students and paid for their private high school tuition. He pointed to Global Girls Leading Our World, which Hodge and his wife founded in 2012, and an orphanage in Cambodia that Hodge and his wife funded.

“Doug is a loving, all-in, supportive parent,” O’Connor told Gorton, noting that the two youngest of his seven children were adopted from Morocco.

Gorton ordered Hodge to report to prison on March 20 and said he would recommend Hodge serve his time near New York City, where his family lives.

(Updates with denial of accusation in Marymount paragraph)

To contact the reporter on this story:
in Boston at jlawrence62@bloomberg.net