Last year, ’s then-Chief Executive Officer fired off texts to a colleague expressing his ire over unflattering coverage by a blogger of his oversight of the e-commerce site. What followed, prosecutors said, was a criminal scheme by his underlings to cyber-stalk the couple behind the online newsletter.

Wenig isn’t charged in the case, but two former top EBay security executives and four other ex-employees were. While there’s no suggestion in court papers that Wenig knew of the plot, prosecutors say his angry emails triggered the scheme, and they play a central role in the narrative spelled out by the government.

“Take her down,” Wenig is alleged to have written in response to a post by the blogger.

The charges come less than a year after Wenig stepped down as EBay’s CEO amid pressure from activist investors to break the company up. The company said in a statement Monday that while “Wenig’s communications were inappropriate, there was no evidence that he knew in advance about or authorized the actions that were later directed toward the blogger and her husband.”

Wenig said in a statement he knew nothing of the alleged activities: “I have spent my career defending press freedoms. What these charges allege is unconscionable.”

Federal prosecutors claim James Baugh and David Harville led the elaborate harassment campaign, which allegedly included sending live cockroaches and a funeral wreath to the Massachusetts couple that publishes the newsletter. The ex-EBay employees also tried to place a GPS tracker on a vehicle belonging to the couple and sent them a bloody pig Halloween mask and a book on surviving the death of a spouse, according to the FBI.

“We are going to crush this lady,” an employee described in the filing as Executive 2 texted to Executive 1, who is Wenig, according to a person familiar with the matter who asked not to be identified. 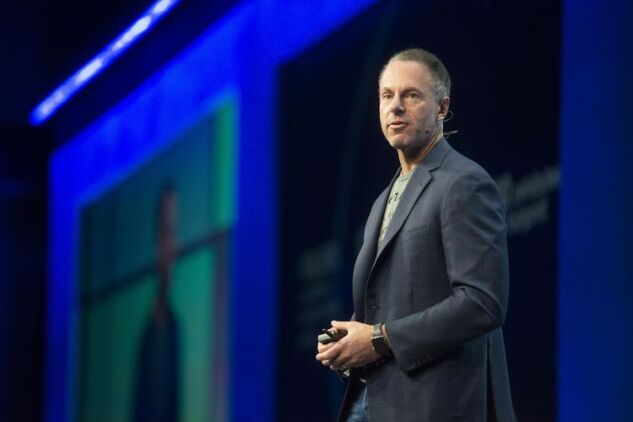 An article in the newsletter last year about litigation involving EBay led the two unidentified members of the online marketplace’s executive leadership team to vow revenge, the FBI claims.

The executives sent text messages to their security team saying it was time to “take down” the newsletter’s editor, according to an affidavit filed in court by the FBI.

The indictment doesn’t refer to Wenig by name. It refers to a story published on Aug. 1 with the headline “eBay RICO Lawsuit Meant to Curb Seller Exodus to Amazon?” The indictment quotes from the story: “[Executive 1] has been unable to stop a decline in market sales, but trying to dissuade sellers from turning to Amazon (and trying to get Amazon to stop recruiting sellers) may not be the best tactic.”

Online newsletter ecommercebytes published a story under that headline the same day with the same verbatim language referring to Wenig.

Last year, EBay hired a consultant that suggested the company promote favorable online content about EBay with a goal of pushing the online newsletter down in search results, a common form of reputation management. But another campaign unfolded simultaneously that directly targeted the couple in a harassing way, according to the indictment.

EBay said in a statement that “neither the company nor any current EBay employee was indicted” and that it “was notified by law enforcement in August 2019 of suspicious actions by its security personnel toward a blogger, who writes about the company, and her husband” and “immediately launched a comprehensive investigation.” As a result, eBay said, it “terminated all involved employees, including the company’s former chief communications officer, in September 2019.”

EBay said it had refrained from discussing the case earlier to avoid compromising the government’s investigation.

Baugh, 45, was EBay’s senior director of safety and security. Harville, 48, was the company’s director of global resiliency and, according to his LinkedIn profile, a former captain in the Army and program coordinator for the Justice Department. Both have been arrested. Neither immediately responded to LinkedIn messages seeking comment on the charges.

The U.S. says Baugh, Harville and a third associate went to the couple’s home in the Boston suburb of Natick in August planning to put the GPS device on their sport utility vehicle but found it locked in the garage. They monitored local police radio communications during the attempt, according to the FBI affidavit.

The alleged harassment squad also sent pornographic magazines to the victim’s neighbors in packages that implicated the newsletter, the FBI says.

In meetings with staff, Baugh “referred to having executive support for these actions” and stressed that the campaign be kept secret, the FBI said. In one meeting, the FBI said, he showed a photo of what he called a Samoan gang and claimed he would send the gang to the publisher’s home if the harassment didn’t silence the newsletter.

“We have not seen something like this before,” , the U.S. attorney for Massachusetts, said at a news conference.

(Updates with Wenig as source of texts in indictment)

To contact the reporters on this story:
in Seattle at ssoper@bloomberg.net;
in New York at jlawrence62@bloomberg.net