, once hailed as the youngest female self-made billionaire and an emblem of Silicon Valley entrepreneurship, will probably spend the next few years in a cushy minimum-security prison camp with access to activities like crafting or tennis, and no perimeter fence.

The 37-year-old Stanford University dropout was found on Monday of a massive fraud at , the blood-testing startup she founded, and faces as long as 20 years behind bars. But prison consultants and legal experts say that Holmes may serve as little as three years at one of the federal penal system’s less restrictive facilities for non-violent, white-collar criminals. She is likely to appeal to her conviction and could spend even less time incarcerated if she prevails. 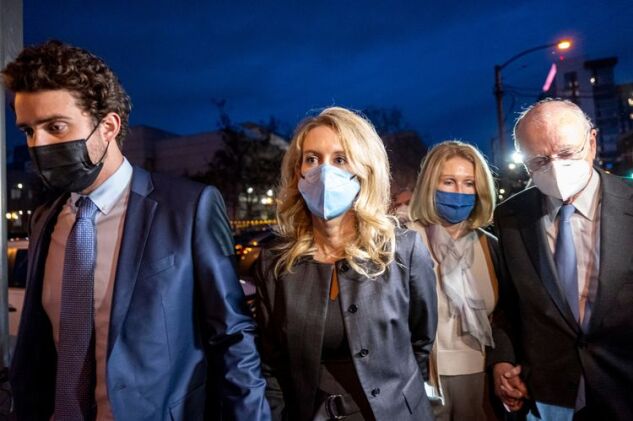 Holmes may be sent to a women’s prison camp in Dublin, California, where actresses and served sentences for their roles in a college-admissions cheating scandal, and newspaper heiress spent time in the late 1970’s for bank robbery. Holmes also could end up at a similar lockup at Victorville, in the southern part of the state. Either one would be less restrictive than the British socialite likely faces after her conviction last week on sex-trafficking charges.

“Her time will be punctuated by boredom, loud inmates and staff, and just monotony,” prison consultant Christopher Zoukis said of the former Theranos chief.

Holmes will be surrounded by other women serving time for non-violent crimes like drug peddling or money laundering, and the facility is relatively safe for inmates because physical conflicts are rare. Holmes “will have some notoriety because of her crime, but I don’t think she’s going to have a target on her back,” Zoukis said.

For now, Holmes remains free on bond and her sentencing date hasn’t been scheduled.

If, as expected, Holmes is sentenced to less than 10 years, she’d be eligible for the minimum-security camp in Dublin that has no fences or barbed wire to keep inmates in. According to the facility’s inmate handbook, it offers arts and hobby crafts like needlepoint, knitting and crochet; sports such as ping pong, basketball, and volleyball; and access to training “for non-traditional jobs such auto mechanics, electricians, plumbers, forklift operators, propane tank filling, and painters.”

A sentence longer than 10 years could place her in a neighboring low-security facility that lets prisoners spend time on sun decks and activities similar to the minimum-security camp, according to the prisoner handbook. In Victorville, recreational programs include pilates, spinning and mural painting.

Still, “it’s going to be a complete shock to her system,” said prison consultant Holli Coulman, who served 13 months at Victorville after she pleaded guilty in 2014 to wire fraud while working at Hewlett Packard Inc.

When Coulman was incarcerated, she said the yoga-class materials were only available on outdated VCR tapes, and the buildings are “freezing cold no matter where you go.” Inmates will be “yelling” at Holmes, and staff members who may resent her former status and wealth will “bark orders,” she said.

Another complication may be the recent surge in Covid-19 cases, which forced U.S. prisons to cut back on family visits and communal activities, including bagged food instead of hot meals served in dining halls. 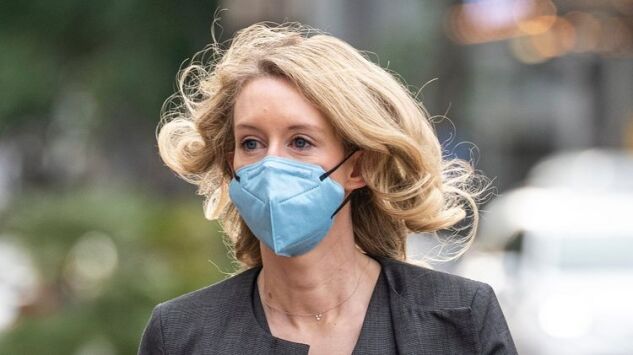 WATCH: Elizabeth Holmes was found guilty of criminal fraud after she built her blood-testing startup Theranos Inc. into a $9 billion company.
Source: Bloomberg

For Holmes, who had a baby in July with her partner Billy Evans, the son of wealthy California hoteliers, incarceration may be far shorter than the maximum penalty allowed, said , a criminal justice professor at Stanford Law School.

Because Holmes has no criminal record, it would be a surprise if she got more than three years, Weisberg said. And some of her sentence could be converted into probation or home confinement, leaving her with as little as two years in the federal lockup, he said. Wire-fraud convictions, on average, are around two years, he said.

U.S. District Judge , who oversaw the three-month trial of the Theranos founder, has a lot of flexibility in sentencing. He can consider that Holmes is a new mother and how remorseful she is for the crime, Weisberg said.

In prison, the accommodations for the former billionaire will be simple and communal. Coulman said she was housed in one of many cubicles formed by tall cinder blocks along long rows of concrete walls. Each cubicle has a bunk bed for two inmates, who each get a chair and locker, Coulman said.

Holmes is no stranger to a disciplined life, according to documents presented at her trial. Her handwritten notes from 2005 to 2009 described a daily routine of waking at 4 a.m., meditating, and then eating whey and a banana for breakfast.

That suggests she’ll likely be a model prisoner, and probably will “start figuring out fairly soon what her second or third act could be,” Weisberg said. “She will experience incarceration methodically, just as she experiences everything.”

Once she’s released, Holmes is barred from serving as an official in a public company for a decade under her 2018 of a civil lawsuit brought by the U.S. Securities and Exchange Commission, which accused her of misleading investors.

But other convicted executives have managed to build back their lives after prison.

, the homemaking entrepreneur, resumed marketing her branded products after serving five months in prison for a 2004 conviction for lying to authorities investigating her stock sales. Onetime junk-bond king , who pleaded guilty to securities and tax crimes in 1990, became a philanthropist and runs his own think tank, the Milken Institute. Former Enron Corp. Chief Executive Officer , who was convicted in 2006 of securities fraud and insider trading, was back in the energy world this past year pushing an energy venture.

(Updates with Holmes likely to appeal her conviction.)