All three White men charged in the killing of Ahmaud Arbery last year were convicted of murder by a jury in Georgia.

Arbery’s father let out a whoop as the first guilty verdict was read out by the judge, who stopped and asked for quiet. The jury’s finding follows a two-week trial over the February 2020 shooting, which was captured on video. 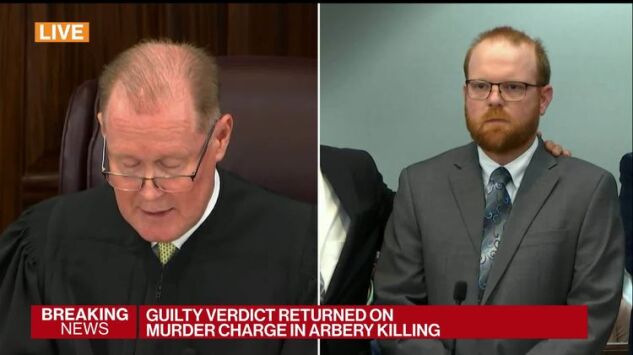 Prosecutors said 25-year-old Arbery was murdered “because he was a Black man running down the street,” echoing a 911 call one of the defendants made. Arbery’s name became a rallying cry in the Black Lives Matter protests that swept the U.S. last year.

“I never thought this day would come,” Wanda Cooper-Jones, Arbery’s mother, told supporters gathered outside of the courthouse Wednesday after the verdict was read. “He will now rest in peace.”

Lawyers for the three accused said Arbery, who was unarmed, was shot in self-defense after he resisted the men’s attempt to carry out a citizen’s arrest under state law. Prosecutors said that defense was untenable because it was the three defendants who initiated the conflict by chasing Arbery down with their two pickup trucks.

“These are two men who honestly believed what they were doing was the right thing to do,” said Jason Sheffield, Travis McMichael’s attorney, referring to his client and his father, Greg. “That is a very disappointing and sad verdict.”

The verdict comes less than a week after a jury in Kenosha, Wisconsin, 18-year-old Kyle Rittenhouse of all charges in the shooting deaths of two men and the wounding of a third at a chaotic BLM protest last year. Rittenhouse also claimed self-defense in his case, in which all the main figures were White. That acquittal spurred small protests in several U.S. cities. 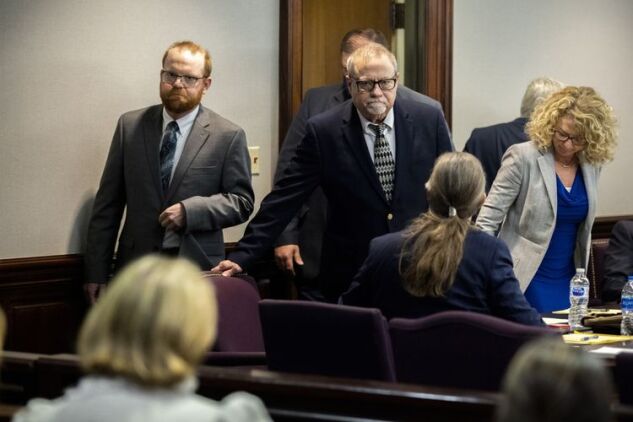 Greg McMichael, center, and his son, Travis McMichael in the Glynn County Courthouse on Nov. 24.
Photographer: Stephen B. Morton/Pool/Getty Images

Cameras outside the Georgia courthouse captured a small crowd celebrating the verdict and repeating a chant that was often heard during the BLM protests, with one person shouting “Say his name,” and the crowd responding with “Ahmaud Arbery.”

U.S. President reacted to the verdict by saying Arbery’s murder was a “devastating reminder” of how far the U.S. has to go to achieve racial justice.

“Nothing can bring Mr. Arbery back to his family and to his community, but the verdict ensures that those who committed this horrible crime will be punished,” Biden said.

, chief executive officer of the Southern Poverty Law Center, said in a statement that the verdict was “necessary.”

“Through this conviction, the criminal justice system has begun to address the pervasive inequities that exist when it comes to the treatment of Black and Brown people. However, the system and those responsible for prosecuting such crimes must face the reality that, while there was video documentation of this murder, that is not the case for most crimes that occur in our country.”

Prosecutors charged all three of the men in Georgia with murder and multiple other counts. Travis McMichael fired three blasts from a shotgun in a struggle with Arbery after a five-minute chase. Greg McMichael joined his son in the pursuit, and their neighbor William “Roddie” Bryan helped trap Arbery with his vehicle, the state said.

“It was a completely predictable verdict,” said , former professor at Harvard Law School. “It was the right verdict. And I’m glad Georgia has now changed its law making it much harder to engage in citizen’s arrest. This was pure vigilante justice.”

Dershowitz added that the verdict shows American juries can distinguish between two racially charged cases, referring to the Rittenhouse case and the teenager’s successful claim of self defense.

The nine charges in Georgia included malice murder, felony murder, aggravated assault and false imprisonment. Malice or felony murder can carry a death sentence, though the state didn’t seek it. The minimum penalty is life in prison, but the judge could offer a chance for parole, available after 30 years behind bars. Aggravated assault is punishable by one to 20 years; false imprisonment, one to 10 years.

All three left the courthouse in shackles to be transported to jail. 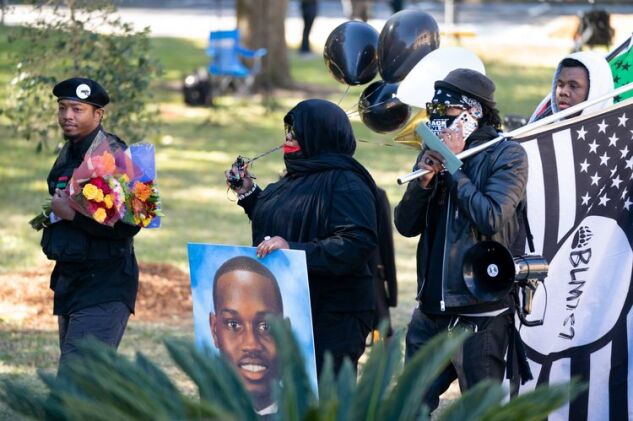 The racially charged Georgia case included evidence of how neighbors responded to reports on social media that a Black man had been seen in the area, repeatedly entering the site of a home under construction. But others had as well, including White onlookers, and Arbery didn’t take or damage anything.

Sheffield told the panel of 11 White jurors and one person of color during his closing argument that there was “overwhelming evidence” his client feared Arbery would disarm him in the moments before he fired the shotgun.

Greg McMichael’s lawyer used her closing to portray a community of “neighbors who cared for each other” banding together in a crisis to carry out the citizen’s arrest of a suspicious character. Arbery “didn’t live there, he didn’t work there, he didn’t have friends there,” and was “a recurring nighttime intruder,” Laura Hogue told the panel. The lawyer elicted scorn for telling the jury about Arbery’s “long, dirty toenails” for no discernable reason.

Bryan’s attorney Kevin Gough asked the jury, “What could Roddie Bryan have done to stop” the shooting, saying he didn’t know that Travis McMichael would fire his gun.

Cobb County Assistant District Attorney Linda Dunikoski stressed that on the day the three went after Arbery they had no way of knowing he’d once again entered the construction site, nor did they announce a citizen’s arrest. She told the jury the defendants “made assumptions based on gossip and rumors” about break-ins in the neighborhood, with no “probable cause that a crime had been committed.”

“The verdict today was a verdict based on the facts, based on the evidence,” she said outside the courthouse. “The jury system works in this country.”

Walmsley denied numerous requests for a mistrial, including one by Gough, who argued that the case should be tossed out because , and Martin Luther King III had joined hundreds of Black pastors in protest at the courthouse, calling it an attempt to sway the jury.

The case highlighted problems in the criminal justice system from the start. Former Brunswick Judicial Circuit District Attorney Jackie Johnson, who initially handled the Arbery case, was indicted on charges of violating her oath of office and obstructing police in the matter. Greg McMichael worked for Johnson’s office as an investigator until 2019, and left a voice mail asking her for advice after the shooting. Charges against the men weren’t brought until months later, when the Cobb County District Attorney’s office took the case.

Erik Larson
Bloomberg News
Arbery Murder Defense Is Like ‘the Wild West,’ Jury Told (1)
Justice for Ahmaud Arbery: Jury Selection and What Is ‘Reasonable’
© 2022 The Bureau of National Affairs, Inc.
All Rights Reserved