Seven women attorneys will argue at the Supreme Court during the October sitting, as the justices headed back to the courtroom for the first time since February 2020.

That’s an increase in the percent of female advocates—35%—which typically ranges between 12% to 21% each term. That number was near the bottom of the range last term, when 20 women argued all term, compared to 136 men. 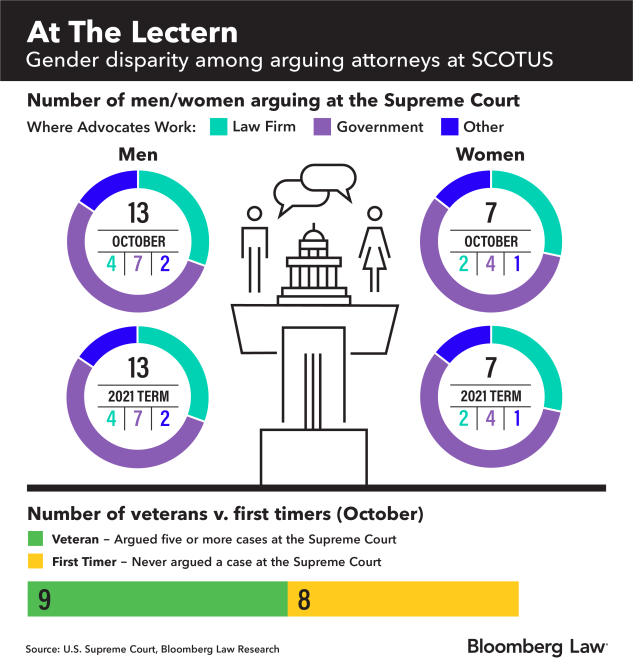 The Justice Department’s Erica Ross was the first female to argue before the justices, in the criminal case, Wooden v. United States, which the court heard during its term opener Oct. 4. Also representing the federal government is Nicole Frazer Reaves, who will argue Oct. 13 in the Social Security case Babcock v. Kijakazi.