President-elect Joe Biden speaks during a campaign rally with Democratic candidates for the U.S. Senate Jon Ossoff and Rev. Raphael Warnock the day before their runoff election in the parking lot of Centerparc Stadium Jan. 4, 2021 in Atlanta.
Photographer: Chip Somodevilla/Getty Images

With Democrats on the cusp of winning the narrowest possible control of the Senate, President-elect faces a wider avenue for enacting some of his campaign agenda, though the chamber’s legislative procedures will still pose limits.

beat Republican opponent in Georgia’s runoff elections on Tuesday, while the race between and Republican was still too close to call. Ossoff was leading by more than 17,000 votes and claimed victory, a win that if validated makes the Senate split 50-50 among Republicans and the Democratic caucus.

Incoming Vice President would be able to cast tie-breaking votes, giving Democrats a one-vote majority -- but one that will make an enormous difference for the new administration. With of New York as majority leader, displacing Republican leader , Democrats will control the Senate’s schedule, deciding on what measures can be considered for a vote by the full chamber. 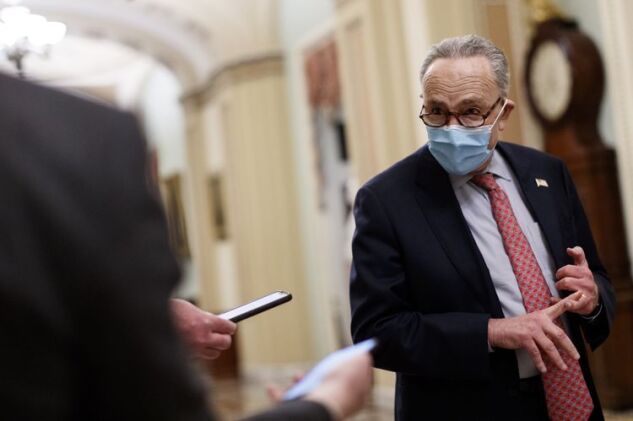 That will make Biden’s nominations for the cabinet and other political appointments much more likely to win swift confirmation. Though Republicans could prolong debate, they wouldn’t be able to nix a nominee without pulling at least one Democrat across the aisle.

“It means that everyone that Joe Biden has picked to join his cabinet is likelier to have an easier time getting confirmed in the Senate,” Delaware Democratic Senator , a close Biden ally, said on CNN Wednesday. “It means that the confirmation process can’t be slow-walked or obstructed, and that he’ll be able to have the talented and capable and seasoned group that he’s already chosen serving early in the administration.” 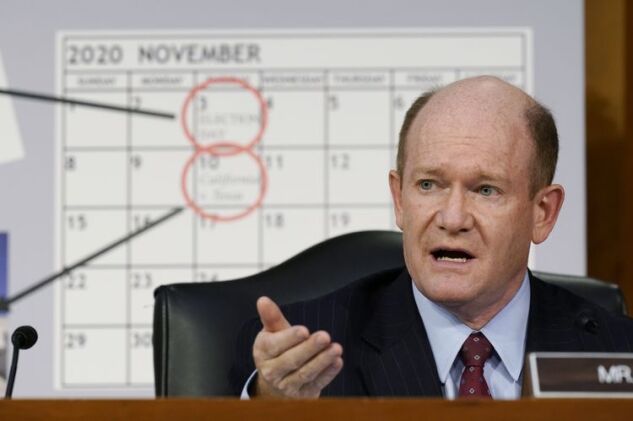 Almost all legislation will need cooperation from Republicans because they require 60 votes in the Senate. There’s a narrow exception for fiscal related measures that can pass with a simple majority using the budget process, and Biden has two chances this year to use that so-called reconciliation process for items like his economic stimulus plan.

On other areas, the 60-vote requirement to cut off debate and proceed to a vote, necessitates getting GOP support, which will temper the more ambitious elements of Biden’s agenda, as well as the biggest hopes among progressives.

There is already a major push by progressives to end the 60-vote requirement in the Senate. That effort could be achieved with a simple majority vote, but West Virginia Senator , a conservative Democrat, has said he would block the effort.

The following is a look at some of the advantages and limitations Biden and fellow Democrats face with a slim majority in the Senate:

Democratic control makes a massive difference here. McConnell and the GOP had consistently opposed aid for state and local governments in stimulus negotiations last year, and Democrats will now be able to pass a package that includes that element. The Senate refused to vote on a House measure to boost stimulus checks to $2,000 from $600 last month, and that’s now likely to go ahead as well. Further unemployment assistance and health care measures are also in the cards.

Schumer said at a press briefing Wednesday that the $2,000 checks will be “one of the first things” the new Senate does. Democratic Senator , who would be in line to chair the Banking Committee, separately highlighted the need to extend a moratorium on evictions, which runs out at month-end.

While Biden and congressional Democrats have set out to roll back some of President ’s 2017 tax cuts, including raising taxes on corporations and people who make more than $400,000, that won’t be easy. Moderate Democrats could join Republicans in blocking or at least tempering increases. Schumer wants to restore federal deductions for state and local taxes that were limited by Trump, but that also may not be straightforward.

This is a key area where Democratic ambitions face significant limits. Many spending and revenue measures can be wrapped into so-called budget reconciliation legislation -- which only needs a simple majority of votes. But overhauling non-budget-related climate and immigration regulations, as well as gun control, family-leave guidance, minimum wages, labor rights and policing reform -- need to win 60 votes to proceed. Democrats will be able to rescind recent Trump regulations with a simple majority using the Congressional Review Act.

Republicans won’t be able to force probes of the 2020 election results or the business dealings of the incoming president’s son, . Democratic-run committees may decide to initiate investigations of Trump’s actions while in office or of his federal tax returns.

As with tax reform, some health care measures could be wrapped into budget legislation that only requires a simple majority. But in the same vein, Democrats would need to secure the backing of their moderate members to proceed, and that could limit the scope of what Biden or more progressive lawmakers in the caucus want to do. A Supreme Court ruling against the Affordable Care Act could spur action.

McConnell, as Senate majority leader, nixed President ’s effort to put on the Supreme Court in 2016. Republicans could similarly have slowed or blocked Biden’s federal judiciary appointments, but that path will be clear if the Democrats win control. Again, the need to keep the caucus united could shape the president’s choices. Democratic activists are already pushing for Supreme Court Justice , 82, to retire soon so he can be replaced with a younger liberal jurist.

A number of lawmakers want to eliminate Section 230 of the Communications Decency Act, which protects technology companies such as and owner from liability for most content published by their users. Members on both sides of the aisle worry it does little to encourage the companies to tackle illegal drugs, threats, child sex abuse, stalking and defamation online. But changes here would need widespread approval to proceed.