At least seven veteran financial-crimes lawyers are in the running to be President ’s top law enforcement official in Manhattan, a role that includes prosecuting Wall Street’s wrongdoers.

Initial interviews have begun to fill the role of U.S. Attorney for the Southern District of New York, arguably the most important Justice Department job outside of Washington, according to several people familiar with the matter who asked not to be identified because the process isn’t public. Previous office-holders, including and , built national reputations by prosecuting figures like , and . 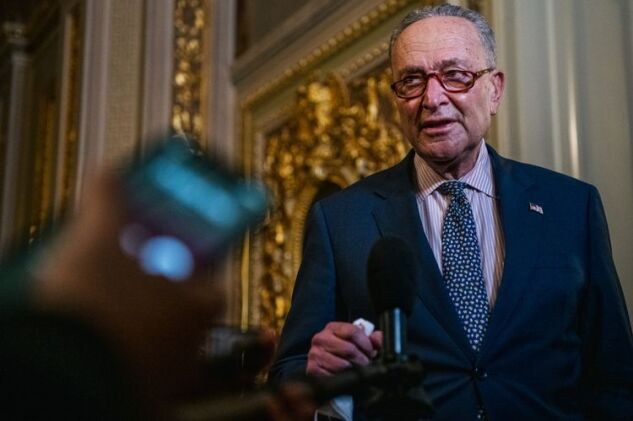 Senate Majority Leader , a New York Democrat, is leading the process to find a new head for the “Sovereign” District of New York -- so-called because of its tradition of independence from the Justice Department in Washington -- with the new administration aiming to restore Wall Street scrutiny that waned during the Trump years and bring diversity to the post. Few non-Whites have held the job and current U.S. Attorney is only the second woman after .

Most of those under consideration for the New York job are Southern District veterans now at private law firms. They include former securities-fraud unit heads Anjin Sahni, now at , and , now at ; current securities-fraud unit head Damian Williams; at , a former deputy criminal division chief; at ; of , another former deputy criminal division chief; and of , who recently served on Biden’s presidential transition team.

The people familiar with the process said it’s still unclear how many candidates in total will be considered or when a nominee will be announced. Strauss, who was not appointed by Trump, was not among the nationwide whose resignations Biden sought on Tuesday.

“Senator Schumer has a very thorough process and is carefully reviewing a number of highly qualified candidates,” a spokesperson for the majority leader said in a statement.

“Financial crime will certainly be a priority,” said , a former chief of the Southern District’s criminal division, said of the challenges facing the next Manhattan U.S. attorney. “The world’s financial capital needs a strong and respected watchdog,” she said. Zornberg, now a partner at , said she is not a candidate herself for the position.

The Southern District has also brought some of the nation’s biggest political corruption, organized-crime and terrorism cases. But it remains best-known for its Wall Street cases, in which it typically brings criminal charges in tandem with civil suits filed by the Securities and Exchange Commission.

Those prosecutions were not a priority under Trump though. Last year alone, white-collar cases of all types in the Southern District fell 17% from the year before, and securities-specific cases fell 50%, according to prosecution data maintained by Syracuse University.

The Trump administration also put a strain on the Manhattan office’s morale and tradition of independence -- Strauss assumed the role after former Attorney General forced from the position in June.

Though it’s still not clear why Barr decided to remove Berman, the office was at the time pursuing several cases against Trump allies and associates. Just before leaving the White House, Trump pardoned his former chief strategist , who was facing charges in the Southern District that he defrauded donors to a private border-wall charity. The office still has an active campaign-finance case against two associates of Trump lawyer and former New York Mayor , a Manhattan U.S. attorney himself in the 1980s. It also prosecuted Trump’s former lawyer and fixer .

Not all of the Southern District’s morale issues have to do with Trump and Barr though. The office received a major black eye last year when its conviction of an Iranian-born businessman for violating U.S. trade sanctions fell apart after prosecutors acknowledged withholding evidence that might have helped the defense. U.S. District Judge excoriated the office’s conduct in a September order she required every Southern District prosecutor to read.

“It is important that whoever the next US Attorney is continue with the tradition of the Southern District, to maintain the integrity,” said , a prominent New York defense lawyer with . “Being able to trust the word of a prosecutor is critical in our world.”

The search process is in its early stages, with an informal committee drawn from the New York legal community screening candidates to recommend to Schumer, according to people familiar with it. Schumer will interview the candidates before recommending one of them to the White House and the Justice Department. With Senate confirmation, the whole process could take several months.

There is a strong desire to have a woman or person of color in the role, the people said, though the fact that Strauss herself, a veteran prosecutor and registered Democrat, ticks many of the Biden team’s boxes may somewhat reduce the urgency of finding a nominee. She has earned high marks for her leadership of the office during the final months of the Trump administration, but it’s not clear that Strauss, 73, wants to remain in the role. A spokesman for her office declined to comment.

In addition to Manhattan, the Southern District includes the Bronx, Westchester and several other New York counties. Biden will also need to find a U.S. attorney for the Brooklyn-based Eastern District, which has raised its profile in major white-collar cases over the past decade.