The U.S. Postal Service said it was unable to comply with a federal judge’s order to conduct a sweep of its facilities in crucial swing states for undelivered mail-in ballots by 3 p.m. on Election Day on the East Coast.

The USPS said in a submission to the judge that it was “unable to accelerate the daily review process” by the deadline “without significantly disrupting preexisting activities on the day of the election, something which defendants did not understand the Court to invite or require.” The agency said it had already conducted “all clear” sweeps for ballots in the morning though, and another one was scheduled for 4-8 p.m.

U.S. District Judge in Washington had set the 3 p.m. deadline earlier in the day for searches of USPS facilities in Democratic strongholds like Detroit, Philadelphia, Atlanta and Houston, as well as Arizona and South Florida. The postal service was to “ensure that no ballots have been held up,” Sullivan said.

On-time delivery has taken on a new urgency amid a surge in the use of mail-in ballots during the pandemic and Republican efforts to block the counting of ballots that arrive after Election Day.

Sullivan said in an order issued Tuesday evening that he was persuaded for the moment that the postal service would check for all ballots at the facilities he identified by 8 p.m. He denied a request for an emergency hearing by the NAACP, which brought the suit against the USPS, but said the agency should “be prepared to discuss the apparent lack of compliance with the court’s order at the status conference scheduled” for noon on Wednesday.

In a separate statement, the USPS said it had been running sweeps of political and election mail since January 2020 and that it had intensified its efforts as Election Day approached. “Ballots will continue to be accepted and processed as they are presented to us and we will deliver them to their intended destination,” said USPS spokesman David Partenheimer.

President has claimed without evidence that voting by mail will lead to election fraud, a view recently bolstered by U.S. Supreme Court Justice , who said counting ballots that arrive after Election Day could lead to “charges of a rigged election.”

Sullivan has been the most aggressive judge handling lawsuits against the USPS over disruptive operational changes put in place in July by new Postmaster General , a longtime Republican donor with no previous postal service experience. Several courts issued injunctions against the changes, but Sullivan has aggressively pushed the USPS to prioritize the delivery of ballots. 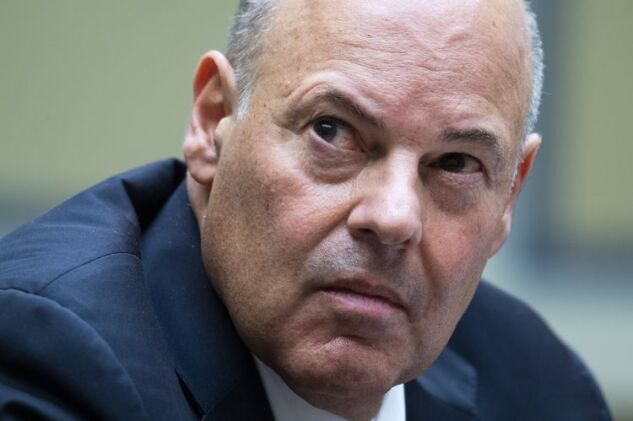 New York Attorney General praised Sullivan’s order earlier on Tuesday. “Our democracy is at its strongest when every voice is heard,” she said. “This order will ensure the will of the people decides the outcome of this election, not the Trump Administration.”

On Sunday, Sullivan also ordered the USPS to send notices to managers “reiterating the importance of processing all election ballots” in Pennsylvania, North Carolina and Minnesota by Nov. 3 because the states’ extended deadlines may be overturned.

The USPS said in a court filing late last month that delivery delays during an election can’t be unlawful, because the Constitution doesn’t guarantee states any particular level of service when it comes to mail-in ballots. In that case, DeJoy and Trump are seeking dismissal of a suit brought by New York and other states that claim the changes over the summer violate the Elections Clause of the Constitution by putting election mail at risk.

One federal judge said in an earlier ruling that it was “easy to conclude” that DeJoy’s changes, which included the dismantling of hundreds of high-speed mail-sorting machines and cuts to overtime and late delivery trips, were intended to disrupt and challenge the legitimacy of the Nov. 3 election.