When Silicon Valley companies go looking for legal representation, they generally choose from a short list of well-respected partnerships. There’s 99-year-old , 58-year-old , and 24-year-old . All are run by graduates of prestigious law schools who have decades of experience at the biggest firms. Then there’s the 2-year-old startup Atrium, whose chief executive officer, , has no formal legal training but once starred in an online reality show.

Wearing a baseball cap with a little camera attached to it, Kan filmed himself 24/7 for a few months in 2007, writing code, drinking beer with his friends, and sleeping. The show, Justin.TV, eventually morphed into a video game streaming service, , which sold itself to for $1 billion, vaulting Kan into the tech-bro pantheon. “Sometimes I wonder, what would the Justin of 10 years ago have thought of the Justin of today?” says Kan, who’s now 36, married, and no longer drinking. “He would have thought it was super lame.” 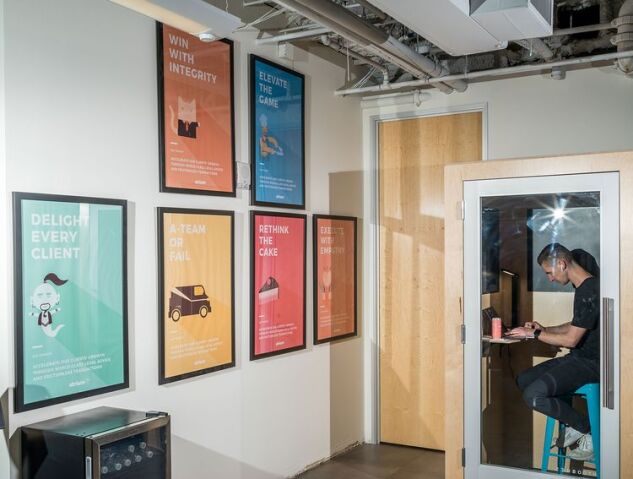 Lamer than reality TV, perhaps, but maybe a much better business. Atrium has raised about $75 million from investors to rent lawyers to startups the way rents them desks. On Sept. 16, Atrium will announce that it’s begun offering startups a “membership” rather than the usual pay-by-the-hour service. For $500 a month, clients get access to a corporate lawyer—Atrium has its own legal team, hired from the big firms and matching their standardized salaries—free initial consultations on new projects, and a software platform that automates simple tasks such as drafting an offer letter or a nondisclosure agreement.

The subscription includes an hour of lawyering for “general” advice. A deluxe tier costs $1,500, comes with an additional hour, and includes routine legal work on hiring, contracts, and board meetings. Major projects are available for a flat fee, which is generally cheaper than what a typical law firm would charge, according to clients who have been using an early version of Atrium’s services. Lawyering for an early round of venture funding known as a Series A starts at $30,000; if the deal gets more complicated, and thus more expensive than the price quoted upfront, Atrium, rather than its client, eats the difference. 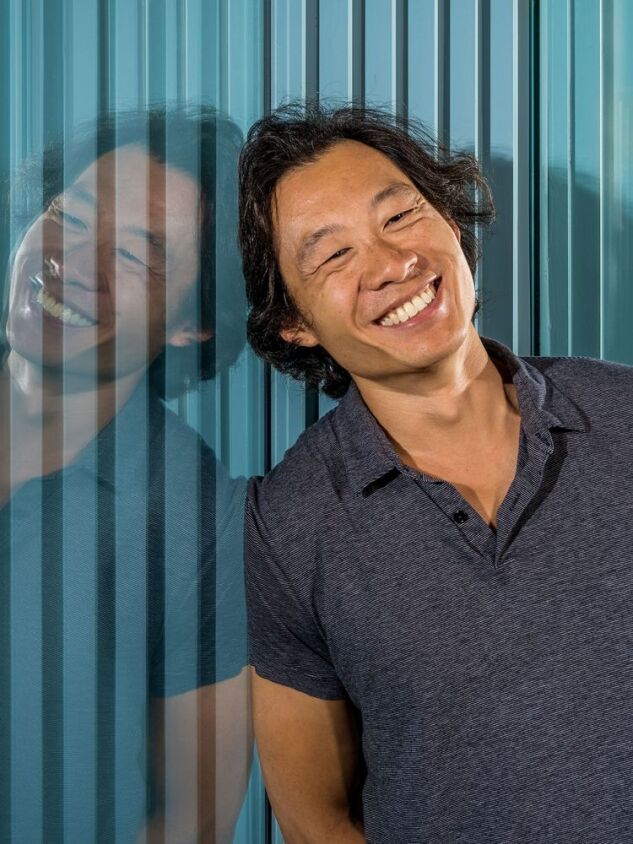 That makes Kan’s venture, which has yet to turn a profit, riskier as a business than a traditional law firm, but the differences between Atrium and traditional firms are part of its pitch. Kan says he first got the idea after noticing that law firms, which still operate like high-end service businesses with some partners billing at hourly rates of more than $1,500, weren’t using the productivity software that had taken off in other fields, such as and . Then he started adding up how much he’d spent on legal services at startups in his own career—more than $2 million, much of it preparing financing documents. “To me, it was a black box,” he says. “Why is it expensive? Why is it always over budget? It just felt like an opportunity to make things more efficient.”

Over the past two years, Atrium has landed more than 400 clients, mostly small startups, plus a number of midsize ones, such as the scooter-sharing company and the online pharmacy . The company has about 170 employees, including legal assistants, engineers, and 30 lawyers, who get stock in the company instead of a partner track. They use software that automates some of the routine parts of the job, such as preparing financing documents for signature by the client. Kan says Atrium can complete startup financing paperwork in an average of five fewer hours than a conventional law firm would, translating to client savings of thousands of dollars.

The company is “shrinking the amount of work, so that the attorneys can focus on higher-value, more personalized offerings,” says , a partner at venture firm , who led the most recent financing round. (Bloomberg LP, which owns Bloomberg Businessweek, has invested in Andreessen.)

Chen, who’s known Kan since the Justin.TV days, wasn’t put off by the CEO’s track record of livestreaming from the bathroom. In fact, he considers it a positive. Kan’s career, which also included starting an on-demand assistant service, , and a stint as an investor with , has given him “this really deep customer empathy,” Chen says.

Of course, law firms, especially those in Silicon Valley, can’t survive on empathy during a recession. They’re often among the first to feel the effects, as venture capitalists need far fewer lawyers to draw up term sheets. Kan acknowledges the risks a potential economic downturn poses to his business model, but he argues that broader trouble could make Atrium all the more attractive to whoever’s left raising money. “If you’re raising a billion-dollar round, you don’t care that you have high legal fees,” he says. “You start to care in a downturn.”

To contact the author of this story:
in New York at

To contact the editor responsible for this story:
at