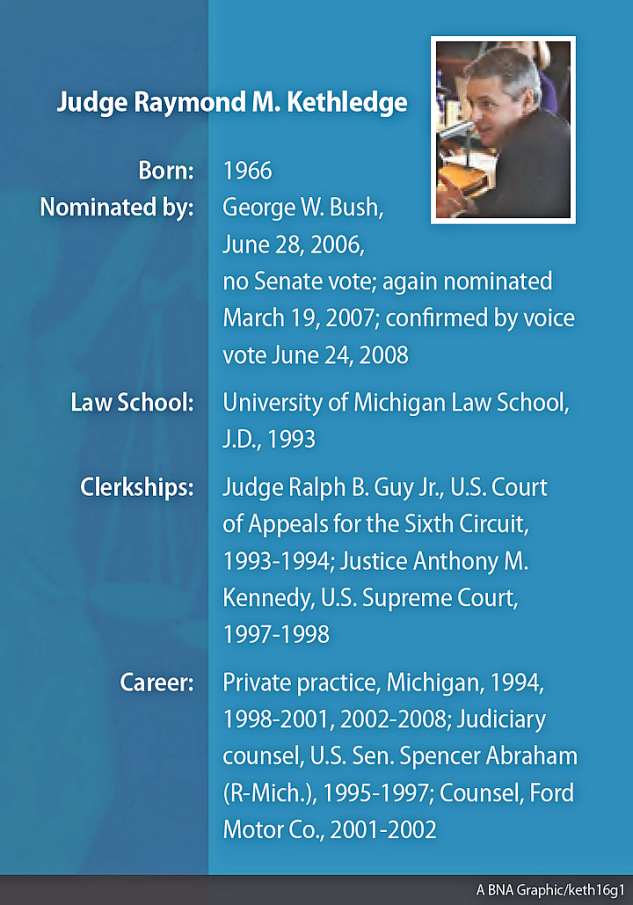 Kethledge’s notable opinions at the U.S. Court of Appeals for the Sixth Circuit include a ruling in favor of a Tea Party group and against the Internal Revenue Service.

The judge likes to see candidness and civility in appellate briefs.

Trump has said he will choose someone from his list of potential nominees to ...