Judge Rossie Alston Jr., who’s received support from Democrats and Republicans at different points in his long legal career, could win confirmation next week to one of the nation’s highest-profile federal courts as only the second black Trump judicial appointee. 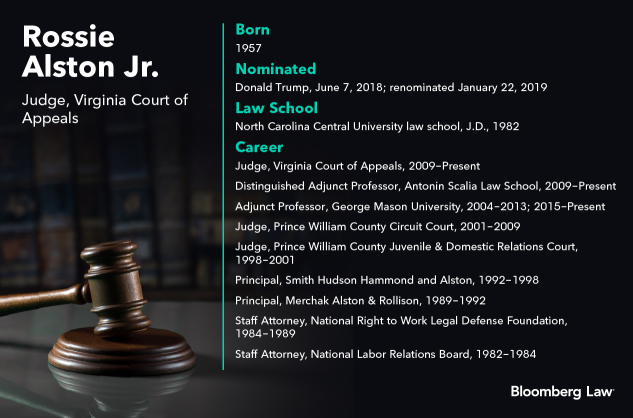 Alston’s been nominated to serve on the U.S. District Court for the sprawling Eastern District of Virginia. Its “Rocket Docket,” nicknamed for the speed with which it handles cases, is well known in legal and political circles. Its Alexandria base is where the Justice Department often prosecutes high profile national security cases.

Alston is likely to be confirmed with...