President ’s lawyer described at length to a federal judge in Pennsylvania a vast but vague Democratic conspiracy to steal the election that justified the invalidation of hundreds of thousands of votes -- enough to flip the state from President-elect to Trump.

But U.S. District Judge cut straight to the heart of the matter, wondering aloud why it would be reasonable to throw out so many valid ballots -- Giuliani at one point said 1.5 million would have to go -- based on allegations that some votes were merely counted improperly.

“How can this result possibly be justified?” Brann asked during a six-hour hearing in Williamsport on the state’s motion to dismiss the lawsuit on Tuesday.

And when Brann pressed Giuliani to explain why none of the specific legal claims in the suit are based on voter fraud, the president’s lawyer admitted the campaign isn’t pleading voter fraud at all. Later, Brann asked whether he should apply a higher legal standard of “strict scrutiny” to the case, which is required when fraud is alleged. 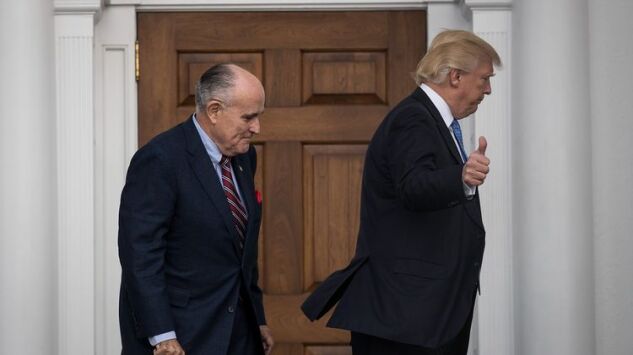 “If we had alleged fraud, then yes, but this is not a fraud case,” Giuliani said quickly.

Even so, Giuliani, picked by Trump to lead his post-election litigation, argued that the “draconian” remedy requested was warranted by the magnitude of fraud, carried out by Democratic election officials in U.S. swing states’ biggest cities, from Philadelphia to Las Vegas.

“Those ballots could have been from Mickey Mouse. We have no idea. It’s never happened before,” Giuliani said, despite offering no evidence that ineligible voters cast ballots. “This was an egregious violation, a planned violation.” 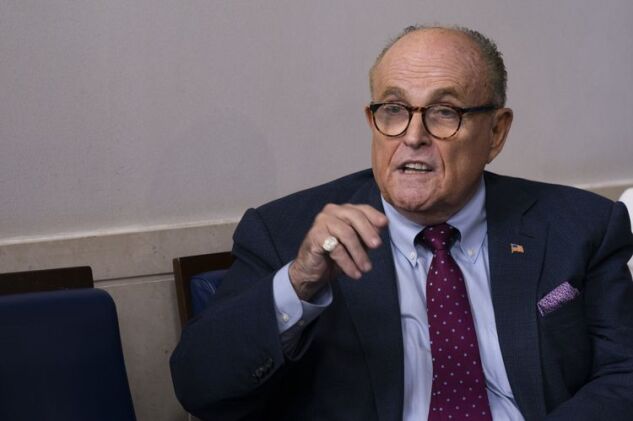 The case is in many ways emblematic of the Trump campaign’s legal forays since Election Day -- promising more than the court filings show, changing tactics (and in this case lawyers) midstream and rehashing arguments that have failed in other venues, with Giuliani admitting in a Fox Business Network interview Tuesday that he’s searching for a vehicle that will take a case to the U.S. Supreme Court.

The Pennsylvania claims are also running up against a Monday deadline for the counties to certify their results to Secretary of State , who is expected to certify the statewide vote shortly thereafter.

The claims of massive voter fraud have greater traction in the court of public opinion, where they’ve been fueling Trump’s refusal to admit defeat, delayed Biden’s transition efforts and triggered protests on the streets of Washington.

Giuliani also pursued a complaint that Republican observers were kept too far away to be able to monitor the ballot processing, saying that all the places where access was restricted “just all happen to be big cities controlled by Democrats” who “all of sudden” decided observers couldn’t inspect ballots.

“This is not an accident,” Giuliani said. “You’d have to be a fool to think this was an accident.”

Election officials across the country dispute that claim saying Republican observers were present at all times.

Mark Aronchick, lawyer for one of the counties named in the suit, said Giuliani’s unfounded claims about a Democratic conspiracy were “disgraceful,” especially in court of law. The attorney said Giuilani’s allegations are based on “stacks of unverified affidavits” and urged the judge to throw out a case that “for some reason has become a lifeline to the Trump campaign.”

Brann ended the hearing without ruling on the state’s dismissal request. He gave both sides the opportunity to file additional arguments in writing. The motion to dismiss may be moot if the judge grants the campaign’s request to file a second amended complaint, which is far from certain. Giuliani said he’d incorporate additional claims in the revised complaint.

As the federal case was underway, the Pennsylvania Supreme Court ruled that Republican poll observers weren’t entitled to stand within a certain distance to observe the counting of ballots, eviscerating an earlier ruling in favor of Trump that was one of his few court wins. The campaign and other Republicans have premised their most extravagant claims of voter fraud on the idea that Republican observers were kept too far away to properly monitor ballot-counting.

The federal lawsuit narrowed significantly when Trump’s campaign dropped the observer-access claims in a surprise amended complaint on Sunday, alleging only that Democratic-leaning counties improperly allowed voters to fix errors on their mail-in ballots before Nov. 3, or in some cases alerted voters to problems so they could vote in person with a provisional ballot.

The campaign claims that’s unconstitutional because some Republican-leaning counties didn’t give voters the same opportunity, violating the Constitution’s Equal Protection clause. The state argues all counties were given the same guidance and county officials are allowed to implement the rules as they see fit.

“What in the world is wrong with alerting mail-in voters that there was a problem with their ballots so they can go to the polls and vote in person? That is a problem? Hardly,” Aronchick said.

That’s the extent of the lawsuit’s claims -- a far cry, the state says, from the voter fraud conspiracy theories Giuliani and other Trump allies have been talking about for days.

“There is no claim that any voter cast more than one ballot, that a voter had his ballot wrongfully rejected, that anyone not eligible to vote voted” and no allegation of “voter fraud,” Daniel Donovan, the lawyer for Pennsylvania’s secretary of state, said at the hearing.

“How the expansion of the right to vote burdens anyone is a mystery,” Brann said.

At the end of the hearing, Brann denied a request from a Trump campaign lawyer to the law firm representing Pennsylvania in the suit after one of its associates left an unauthorized voice mail that she said was threatening. In denying the request from attorney Linda Kerns, Brann said the message from a lawyer with was “unfortunate” but not threatening, as she claimed.

The judge also weighed in on the withdrawal from the case of the campaign’s law firm, Porter Wright Morris & Arthur LLP, which had been targeted for harassment by the anti-Trump conservative group Lincoln Project on the grounds that campaign lawyers were trying to subvert democracy.

“I think that’s regrettable,” Brann, an Obama appointee, said of Porter Wright’s departure. “You should be able to represent clients without difficulty.”

(Updates with certification deadline for Pennsylvania election results. A previous version of this story corrected the name of Fox Business Network in eighth paragraph.)