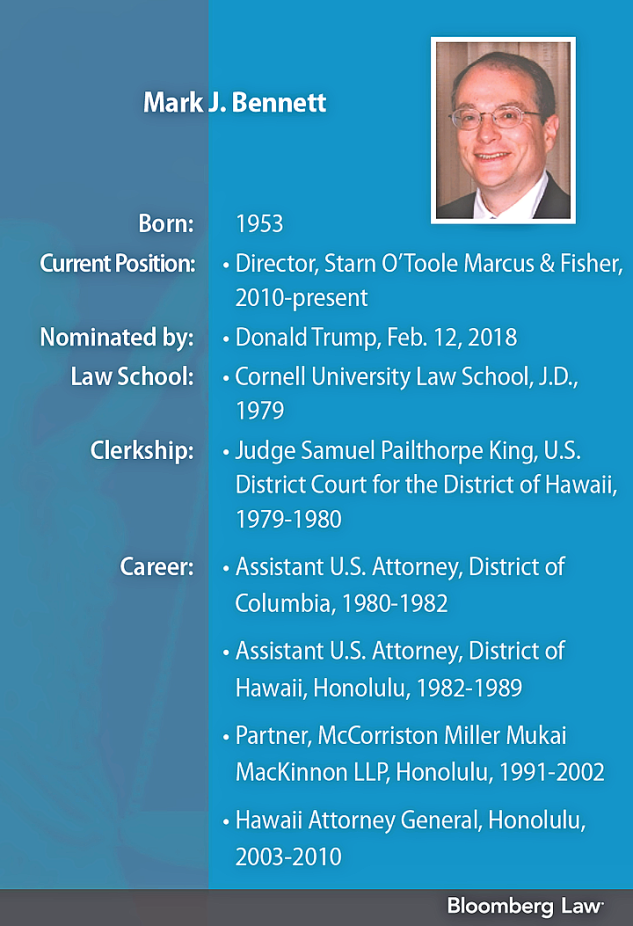 The nomination of Bennett, whose confirmation hearing was April 11, is a rare example where President Donald Trump and Senate Democrats appear to have found common ground.

Bennett, who served as Hawaii’s attorney general from 2003 to 2010, received praise from both of the state’s democratic senators upon his nomination to the U.S. Court of Appeals for the Ninth Circuit. Some of Trump’s judicial nominees have been criticized for lacking ...