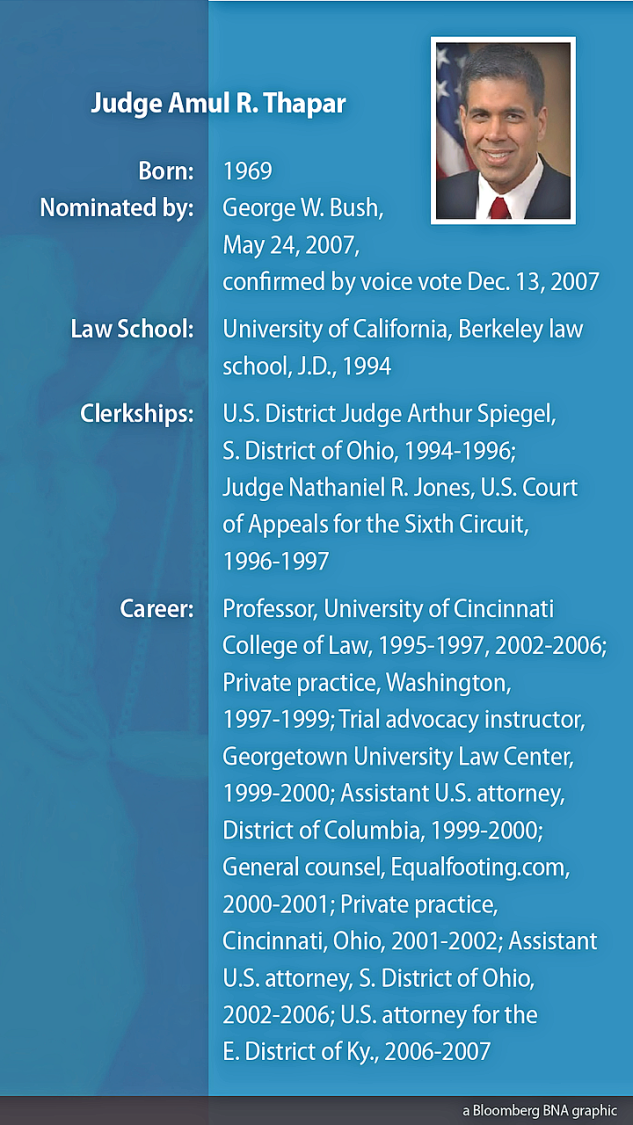 He might one day blaze a trail as the first high court justice of South Asian descent, which could give conservatives a solid majority on the court for a generation or longer. Three of the court’s justices are older than age 78, raising the prospect of another vacancy during Donald Trump’s presidency.

It’s “quite possible” that Trump will nominate Thapar to the U.S. Court of Appeals for the...