The justices of the U.S. Supreme Court pose for their official portrait in 2018.
Photographer: Chip Somodevilla/Getty Images

The U.S. Supreme Court is poised to make a decision as soon as Friday that could add an explosive new dynamic to the impeachment fight between House Democrats and President .

The justices are scheduled to meet privately and could decide whether to consider Trump’s effort to keep his financial documents out of the hands of Congress and a New York prosecutor. In the coming days, the court could schedule a landmark constitutional showdown for early next year -- or force the quick turnover of documents Trump has fought for years to shield. 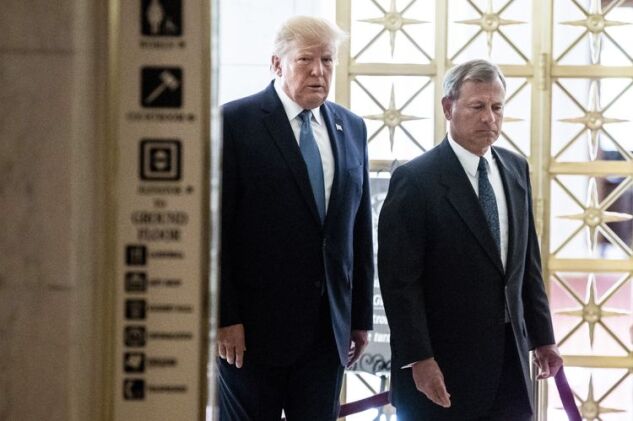 The legal clash isn’t directly tied to the House push to impeach Trump, an effort that could put Chief Justice in the position of presiding over a Senate trial in January.

But if the justices grant review to Trump’s appeals, they’ll be setting up a historic showdown whose constitutional significance could rival the 1974 tapes case. In a trio of cases, Trump is asking the court to give the president sweeping immunity from criminal investigations and to impose sharp limits on Congress’s power to probe presidential misconduct.

Should the court refuse to hear the cases, years of Trump’s personal and business financial documents could be in the possession of House Democrats in a matter of days or weeks. The records could be in the public domain soon thereafter.

Though all three cases focus on Trump’s financial documents -- and the federal appeals court decisions that ordered those records turned over -- they cover two distinct sets of legal issues.

The grand jury case centers on the power of state prosecutors. Trump, who famously said he could shoot someone on Fifth Avenue without losing political support, is now asking the court to say the president also couldn’t be investigated for such a crime, or any other, while in office.

“The practical threat that state criminal process poses to a president cannot be overstated,” Trump argued in an appeal filed by his private lawyers. “Unleashing all 50 states and thousands of local governments to conduct their own broad-ranging criminal investigations of a sitting president is unimaginable.”

Manhattan District Attorney is investigating whether Trump’s business falsified records to disguise hush payments to two women who claimed they had sex with him before he took office. Vance is trying to enforce a subpoena to Trump’s accounting firm, , for the president’s tax returns and those of his business dating back to 2011. 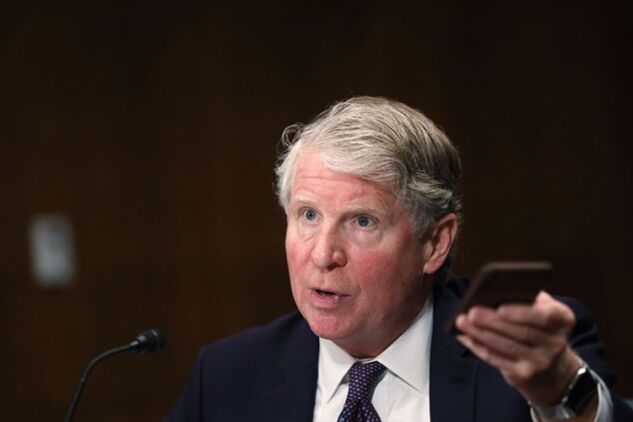 Vance says Trump’s contentions have so little merit that the court should reject the appeal without hearing arguments.

Trump’s “assertion of absolute presidential immunity is foreclosed by this court’s precedent, which conclusively establishes that no person in this country is so high that he is above the law,” Vance argued.

Vance points to the 1974 Nixon ruling, which said the president had to turn over Oval Office tape recordings for use in the criminal trial of six top aides stemming from the Watergate break-in. The prosecutor also relies on the Supreme Court’s 1997 decision rejecting President ’s claim of a broad right to postpone a sexual harassment trial in federal court.

The other two cases turn on congressional authority. Three House committees are seeking years of Trump-related financial documents, in one case from Mazars and in the other from his banks, and

Trump says lawmakers are improperly trying to engage in law enforcement, something he says is the exclusive domain of the government’s executive branch.

“Usurpation of the executive’s law-enforcement prerogative is bad enough,” he argued in the Mazars case. “But the issue is even more perilous when the subpoena targets the president.”

“There is a long history of congressional subpoenas for testimony and documents relating to the president, including subpoenas to third parties,” the House said in the Mazars case. “To legislate effectively, Congress often needs to probe past wrongdoing or noncompliance.”

Mazars and the banks aren’t contesting the subpoenas and have said they’ll comply with their legal obligations.

The House has pushed the court to resolve the cases quickly, one way or another. If the court decides to hear the cases, arguments would probably be in March or April with a decision by the end of the June, in the midst of the presidential campaign.