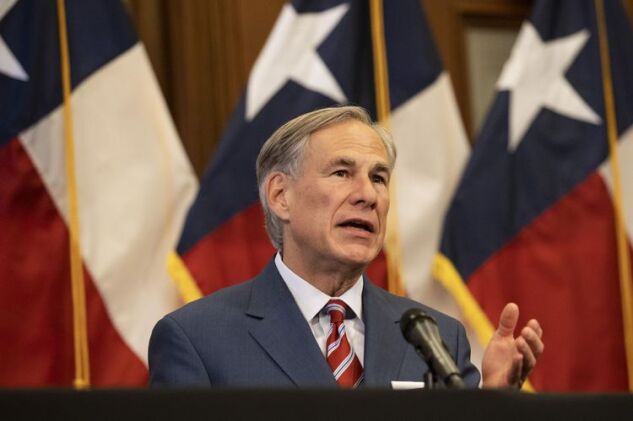 The judge, a appointee, also ruled the pause may have been rolled out without a reasonable explanation, making it “arbitrary and capricious.”

That’s the same legal standard -- part of the Administrative Procedure Act -- that was frequently used by Democratic state attorneys general to halt an array of Trump’s initiatives in their tracks.

Immigration isn’t the only policy arena where the Biden administration is already under fire in court. An industry group on Wednesday challenged the president’s executive order banning oil and gas leases on U.S. lands, arguing in a legal filing that it’s “arbitrary and capricious” and should be set aside.

Abbott and Texas Attorney General , both outspoken Trump supporters, filed the immigration suit two days after Biden was sworn in. Biden has made immigration reform a key part of his policy agenda, with an eye toward reversing Trump’s crackdown on undocumented immigrants and creating a path to citizenship for an estimated 11 million individuals in the U.S. illegally.

The Department of Homeland Security issued the freeze on Jan. 20, saying a pause on deportations would provide a chance to assess policies designed for the “unique circumstances” at the U.S. border with Mexico. The pause would also allow time to “provide sufficient staff and resources to enhance border security,” the U.S. said, as well as “conduct immigration and asylum processing at the southwest border fairly and efficiently.”

But the judge didn’t buy that explanation, at least not yet.

DHS “never explains how the pause in removals helps accomplish these goals,” Tipton, whose court is in Victoria, Texas, said in his ruling. “It remains unknown why a 100-day pause is needed given the allegedly ‘unique circumstances’ to which the January 20 Memorandum alludes.”

The judge also said the freeze could violate a federal statute that requires the government to deport detainees within 90 days of a removal order. With the freeze, DHS is “plainly ignoring the statutory mandate,” Tipton said.

“This was just a short 100-day pause -- not a final realignment of their enforcement policy,” Yale-Loehr said. “But that was still enough for a federal court to strike it down,” albeit for two weeks.

The White House said it’s confident it will be able to show the temporary pause was appropriate.

In that vein, the Justice Department on Tuesday rescinded Trump’s “zero-tolerance” policy that required prosecutors to charge all people improperly entering the U.S.

“Today’s action restores to prosecutors their traditional discretion to make charging decisions based on a careful review of the particular facts and circumstances of individual immigration cases,” a Justice Department spokesperson said.

Republicans seeking similar rulings as they got in Texas against other aspects of Biden’s agenda will probably shop their challenges around to districts dominated by Republican-appointed judges and will “undoubtedly have some success in those venues,” said Peter Spiro, an immigration law professor at Temple University in Philadelphia.

“This is an early test of how the courts might work to obstruct Biden’s ambitious immigration agenda,” Spiro said. “Whether the Supreme Court goes along is another matter.”

During the Trump years, Republican-led states and conservative justices were hostile to injunctions that applied nationwide, arguing they went too far and infringed on the president’s vast control over immigration policy, according to Spiro.

“If they stay true to their recent words, this kind of district court order should be reversed,” Spiro said. “But judges have a way of changing their tune with the change of control of the White House.”

Robert Sanders, a retired U.S. Navy judge and an associate professor of criminal justice at the University of New Haven, said Texas’s apparent change of heart on a president’s authority over immigration policy and fairness of nationwide court orders is “somewhat hypocritical.”

“Hypocrisy isn’t a legal standard, though” he said.

The case is still in an early stage, and Texas will be arguing soon for a longer lasting preliminary injunction to block the deportation freeze while the litigation plays out. Both sides will then have a chance to fight on the merits of whether the ban itself is constitutional.

In the end, the state’s case may hinge on Abbott’s claim that the deportation freeze violates the Department of Homeland Security’s commitment to consult with Texas before making any changes to immigration enforcement -- a deal it reached with the government less than two weeks before Trump left office.

“I’m hopeful that the court will see it as I perceive it to be -- an attempt to tie the hands of the Biden administration in ways that are not consistent with presidential power in the areas of immigration,” Sanders said.