President Joe Biden on the South Lawn of the White House on Feb. 8, 2021.
Photographer: Stefani Reynolds/Bloomberg

President ’s Supreme Court study commission bought him a year of cover from progressive calls to expand the court.

Now Biden’s time is up, the court is considering a rollback on abortion and a broadening of gun rights, and those calls are only getting louder.

The panel on Tuesday a draft final report that, by design, makes no recommendations on the kind of fundamental changes liberals say are needed. Its completion means that Biden will face renewed pressure to try to neutralize the conservative-dominated court and its ambitious agenda, though it’s far from clear the president will yield to it. 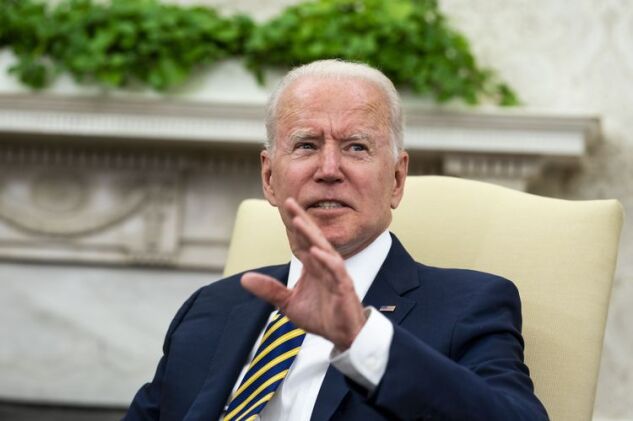 “If President Biden wants to be taken seriously on this issue, he needs to put forward serious structural reforms,” said Sarah Lipton-Lubet, executive director of the liberal group Take Back the Court. “It’s been clear from the start that the commission wasn’t going to produce anything actionable. It’s equally clear that it simply cannot be the administration’s actual response to the crisis we’re facing.”

The commission’s report takes on demands for expanding the court, establishing judicial term limits and curbing the high court’s power to invalidate legislation. It lays out pros and cons of some of those suggestions and discusses whether laws or constitutional amendments would be required to make those changes. The report does endorse the continued livestreaming of oral arguments and the adoption of an advisory ethics code for the justices.

The commission vote came less than a week after Supreme Court arguments in a Mississippi case the justices are seriously contemplating overturning Roe v. Wade, the 1973 ruling that legalized abortion nationwide.

The abortion argument increased the appetite among Senate Democrats for major changes to the court, said Senator , a Rhode Island Democrat. He says he expects a decision overturning Roe would prompt lawmakers to act.

“It would be the straw that broke the camel’s back after an enormous cascade of other terrible political decisions by the court,” Whitehouse said in an interview. He has been sharply critical of the court in recent years, saying conservative “dark money” is producing partisan rulings.

Still, Whitehouse himself isn’t calling for Congress to add seats to the court. “I’m very hesitant to get out ahead of my skis in that regard,” he said. 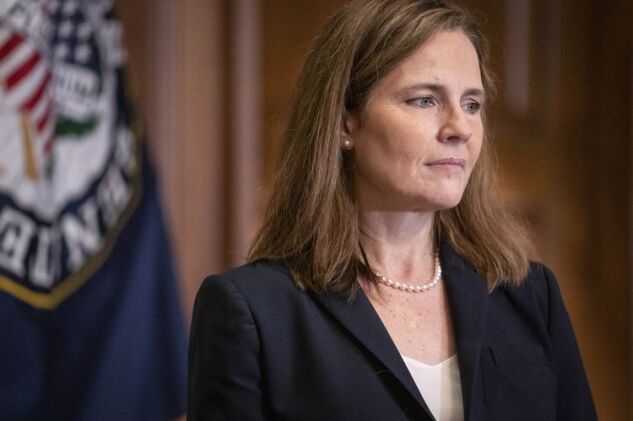 Republicans transformed the court while was president, seating three new justices to create a 6-3 conservative majority. In the 13 months since Justice was confirmed, the court has bolstered religious and property rights, limited use of the Voting Rights Act to challenge election rules as discriminatory, and let Texas start banning abortion after six weeks of pregnancy.

The justices are in the middle of a nine-month term that could produce sweeping constitutional changes. In addition to the Mississippi and Texas abortion cases, the justices are considering the right to carry a handgun in public for self-defense. And in the coming months, the court could agree to outlawing race-conscious college admissions.

Even so, Democrats would run a political risk by attempting to counter those decisions by adding seats to the court. Polls indicate voters oppose that, though a recent Marquette University Law School poll showed support growing in recent months.

“People understand that the Supreme Court is the last line of defense, protecting us from politicians taking away our rights to speak, associate, worship and protect ourselves,” said Mike Davis, president of the conservative Article III Project. “If the Democrats attempt to destroy that through court packing, I think it would lead to a tremendous backlash from the American people.”

The commission’s 288-page report points to “profound disagreement among commissioners” on court expansion. The report on both sides of the issue and says the commission “takes no position on the validity or strength of these claims.”

Biden said during the presidential campaign he is “not a fan” of adding seats to the court. He promised before the election to appoint the commission and then gave the panel 180 days from its first public meeting to complete its work.

White House Press Secretary was noncommittal when asked Monday how Biden plans to respond to the report.

“He’ll have to review it first and I don’t think we’re going to set a timeline for what that looks like and what it will mean after that,” she said.

While Biden is a primary audience, the commission wrote the report with members of Congress and the general public in mind, a person familiar with the panel’s work said. Though readers will determine what additional steps are needed, the person said the document is the most comprehensive resource for someone looking to draft legislation to overhaul the court, since the report examines history, legal rationale and implementation issues.

The Constitution doesn’t say how many justices the court must have, but Congress has left the number at nine since 1869. The idea of adding justices hasn’t been seriously discussed since President unsuccessfully pitched a court-packing plan to Congress in 1937.

Adding seats would require an act of Congress -- something Republicans could easily block unless the Senate eliminates the filibuster.

The 34-member commission has a liberal tilt, all the more so after two conservative members in October. It consists heavily of academics, along with a handful of former judges and courtroom advocates. The co-chairs, former White House Counsel and former Deputy Assistant Attorney General , are both veterans of President ’s administration.

(Updates in third paragraph to reflect approval of report.)