Deputy Attorney General Rod Rosenstein plans to resign on May 11, ending a controversial tenure in which he appointed Special Counsel Robert Mueller and took actions that won him praise — and anger — from both the right and left.

“The Department of Justice made rapid progress in achieving the administration’s law enforcement priorities,” Rosenstein, 54, said in his resignation letter to President Donald Trump on April 29. “We enforce the law without fear or favor because credible evidence is not partisan, and truth is not determined by opinion polls.“ 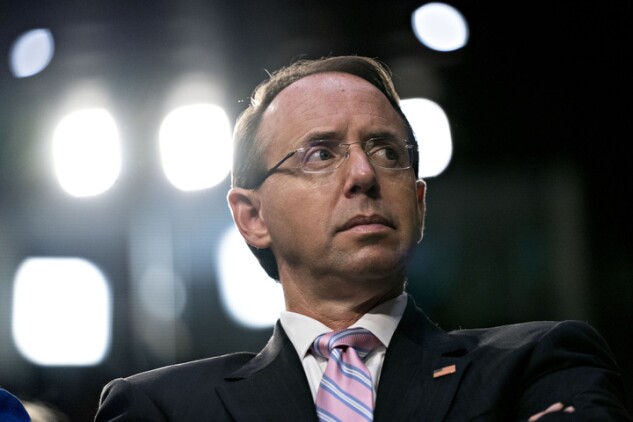 Rosenstein, a veteran federal prosecutor who served under presidents of both parties, appointed Mueller in May 2017 to investigate Russia’s interference in the 2016 election and whether Trump or any of his associates conspired in the effort. He won praise from Democrats for defending Mueller and letting the special counsel carry out the investigation in the face of constant attacks by Trump and his conservative allies.

Some House Republicans called for ousting Rosenstein last year after a report that he’d talked of someone wearing a wire to record Trump, an allegation he called inaccurate. At one point fearing that Trump would fire him, Rosenstein told the president, “I give the investigation credibility. I can land the plane,” the Washington Post reported last week, citing an administration official it didn’t identify.

In fact, Mueller said his investigation didn’t exonerate Trump on obstruction and declined to reach a traditional prosecution decision, largely because of a Justice Department policy that says a president can’t be indicted while in office, according to a redacted version of his report released this month.

Rosenstein struck notes of bitterness and defiance in a speech last week in New York, scoffing at “mercenary critics who get paid to express passionate opinions about any topic” and criticizing the handling of Russia’s election meddling under President Barack Obama.

“Some critical decisions about the Russia investigation were made before I got there,” he said. “The previous administration chose not to publicize the full story about Russian computer hackers and social media trolls.”

Referring to James Comey, whose firing by Trump was supported by Rosenstein, the deputy attorney general said “the former FBI director alleged that the president pressured him to close the investigation, and the president denied that the conversation occurred. So that happened.”

To contact the reporter on this story: Chris Strohm in Washington at cstrohm1@bloomberg.net

To contact the editors responsible for this story: Kevin Whitelaw at kwhitelaw@bloomberg.net; Larry Liebert