Key justices explored possible middle ground as the U.S. Supreme Court considered President ’s bid to keep his financial records secret in a pair of cases that could have sweeping constitutional significance and affect the November election.

In telephone arguments that lasted more than three hours Tuesday, the justices weighed Trump’s efforts to stop his banks and accountants from complying with subpoenas from House Democrats and a New York prosecutor. The rulings could determine whether Trump’s tax returns become public, and whether he will face an accelerated criminal investigation in New York.

Most of the justices suggested they wanted to balance the competing interests of lawmakers, state prosecutors and the president. Although the justices showed little interest in Trump’s bid for an absolute ban on state grand jury subpoenas involving a sitting president, a majority seemed inclined to put some limits on what lawmakers and prosecutors can seek.

“The question then boils down to: How can we both protect the House’s interest in obtaining information it needs to legislate but also protect the presidency?” Justice , a Trump appointee, asked during the argument over the legislative subpoenas.

Chief Justice , who is likely to wield a pivotal vote in both cases, sent mixed signals. In the House case, he questioned Trump’s contention that three House committees lacked a legitimate legislative purpose for the subpoenas, asking the president’s lawyer whether the court should be “probing the mental processes” of lawmakers. 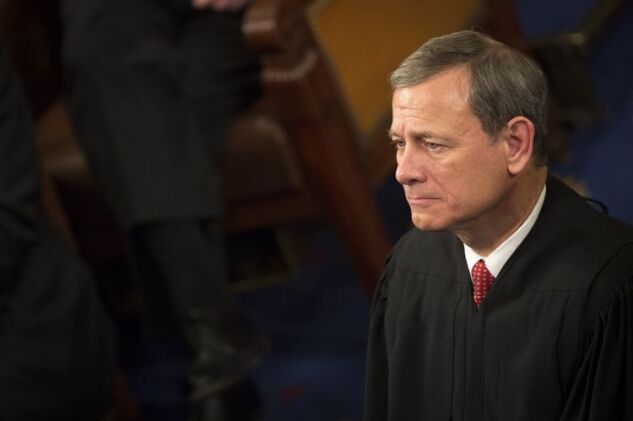 But Roberts also said a House lawyer was proposing a “limitless test” that “doesn’t seem in any way to take account of the fact that we’re talking about a coordinate branch of government, the executive branch.”

Democrats are trying to finally see the tax returns Trump refused to release as a candidate and then as president. Until Trump, every president dating back to made his returns public.

Some justices suggested they might be looking for a compromise. That might return the cases to a lower court and delay the handover of the materials.

Justices and , Democratic appointees who often strive for consensus rulings, asked tough questions of both sides. Breyer said he was worried that the House was seeking “a lot of information, and some of it’s pretty vague.”

“The fact that what I hold today will also apply to a future Senator McCarthy asking a future Franklin Roosevelt or Harry Truman exactly the same questions, that bothers me,” Breyer said, referring to Senator of Wisconsin, whose anti-Communist crusades in the 1950s were premised largely on unsubstantiated charges against government officials.

Kagan told Trump’s lawyer, : “What it seems to me you’re asking us to do is to put a kind of 10-ton weight on the scales between the president and Congress, and essentially to make it impossible for Congress to perform oversight and to carry out its functions where the president is concerned.”

At another point, however, Kagan said some of the House subpoenas were broader than others, hinting that she might be willing to back only some of the document demands.

“When the Congress doesn’t seem to be looking into the president, but in a much broader topic, might there not be some heightened need for Congress to say why is it that they’re focusing on presidential records for that purpose?” she asked.

A compromise ruling could involve returning the cases to the federal appeals court level to determine whether those seeking the information could meet a tougher standard. In the House case, it’s not clear whether that would leave Democrats with any chance of seeing Trump’s tax returns or other financial documents before the election.

Trump’s two Supreme Court appointees also asked questions of both sides. Justice asked Strawbridge, “Why should we not defer to the House’s view about its own legislative purposes?”

Other justices suggested they would divide along ideological lines. Justice , a Democratic appointee, said she saw a “tremendous separation of powers problem” with Trump’s position.

Justice , a Republican appointee, said the House position would mean “no protection against the use of congressional subpoenas for the purpose of preventing harassment of a president.”

The subpoenas seek years of Trump’s personal financial records, as well as those of the and his other businesses. They are directed to Trump’s accounting firm, , and his banks, and The accountants and banks aren’t contesting the subpoenas and have said they will comply with their legal obligations.

House General Counsel Douglas Letter said that “not a single thing is required of the president or the White House.”

That brought a quick response from Justice . “I think we all know it’s about the president,” he said.

The Justice Department is largely backing Trump’s personal lawyers. In the House case, Deputy Solicitor General told the justices that lawmakers can’t subpoena the president’s personal records without a clear showing that the information is needed for a legitimate legislative purpose.

In the grand jury case, Manhattan District Attorney . is investigating whether the Trump Organization falsified business records to disguise hush payments to two women who claimed they had sex with Trump before he took office.

Trump contends the president has complete immunity from criminal subpoenas while in office, even if the document demands are directed to third parties. His personal lawyer in the New York case, , told the justices Tuesday that a president would be overwhelmed and distracted if every state prosecutor in the country could collect personal information.

That position drew little enthusiasm, even among the court’s conservatives. Gorsuch said he was having trouble distinguishing the 1997 Supreme Court ruling that allowed a sexual harassment lawsuit to proceed against then-President .

“How is this more burdensome, though, than what took place in Clinton v. Jones?” Gorsuch asked Sekulow. “I guess I’m not sure I understand that.”

Carey Dunne, the general counsel of Vance’s office, told the justices that Trump’s assertion of total immunity has no basis in the Constitution or the nation’s history. He said a complete shield is especially inappropriate in a probe that doesn’t touch on the president’s official duties.

The Justice Department is making a narrower argument than Trump’s personal lawyers, saying the court doesn’t need to decide whether the president is absolutely immune from state criminal investigations. Solicitor General told the justices Tuesday that Vance must show a “special need” for the materials, something the Trump administration lawyer said the district attorney hadn’t done.

Sotomayor asked Francisco why it wasn’t enough for prosecutors to show that they have a credible suspicion of criminal activity and that the subpoena is reasonably tailored to advance the investigation.

“I don’t understand why that sort of standard is inadequate, especially for a proceeding that involves secrecy, like a grand jury subpoena,” she said.

But several justices struggled to understand exactly what test Dunne was proposing as an alternative to Francisco’s. Dunne argued that the Vance subpoena was proper under either standard.

Roberts wondered how a court should evaluate whether a subpoena imposed too much of a burden on the president.

“Is there supposed to be a hearing where he says, ‘Here’s what I’m doing: I’ve got this pandemic thing, you know. China is causing all sorts of trouble’?” Roberts asked. “You know, most presidents throughout their term have a pretty long to-do list.”