Abortion rights demonstrators outside the US Supreme Court in Washington, D.C., US, on Friday, June 24, 2022.
Photographer: Samuel Corum/Bloomberg

Moments after the US Supreme Court’s decision the landmark Roe v. Wade decision, reaction was swift.

Demonstrators opposing abortion who were gathered outside the court in Washington erupted into cheers, while solemn protesters supporting reproductive rights held signs aloft and criticized the decision through megaphones. 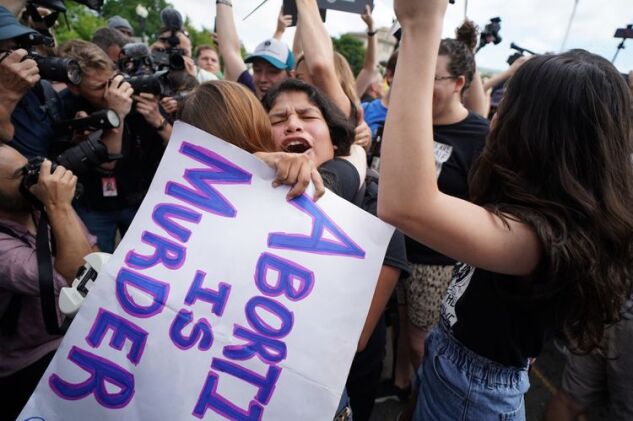 The crowd, which was peaceful, built quickly from hundreds to thousands by midday with pro-abortion groups outnumbering those opposed. The anti-abortion groups clustered to the right side of the court, with the pro-abortion groups on the left. A police presence built by noon in Washington’s Capitol Hill neighborhood as the crowd outside the Supreme Court swelled.

The anti-abortion group, which had hundreds of protesters earlier in the day, had dwindled to a few scattered demonstrators by 1:30 p.m. The pro-abortion group continued to gain size.

Alison Decker, a 27-year-old working in reproductive development and among the protesters Friday, said she’s disappointed by the decision but remains hopeful.

“A lot of people are going to give up, but I think it’s really important that we come out here and say that this fight is not over,” Decker said. “It’s really up to Congress now.”

Before the decision was announced, police officers with bicycles and motorcycles created a barrier in front of the Supreme Court building, which had been fenced off previously. At the barricades, a dense group of abortion-rights protesters sang and chanted. Near them pockets of pro-life and pro-choice demonstrators faced off, engaging in fierce debates about pregnancy, rights and democracy, and in some instances speaking one-on-one about the meaning of life. 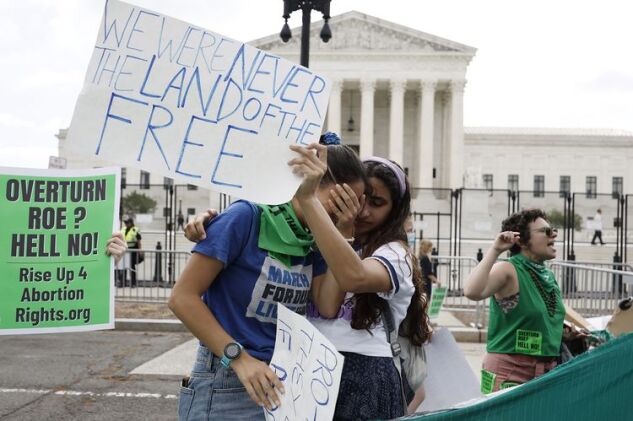 Rallies were quickly assembled Friday , including Dallas, Chicago, Los Angeles and New York. In Washington, the demonstrators early on were overwhelmingly women. A two-block span around the court was packed with people — demonstrators, counter-protesters, media, influencers and onlookers.

Several House Democrats joined the abortion-rights protesters outside the Supreme Court, including Representatives , and . When Representative arrived, pro-abortion protesters cheered while anti-abortion demonstrators yelled at her. 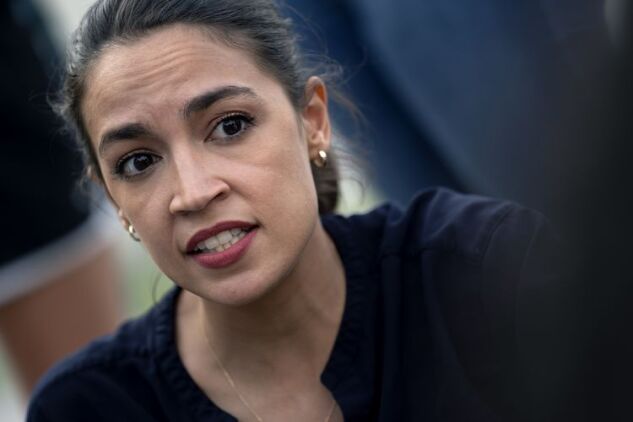 “Legislatures across the country are expected to quickly ban abortion, leaving women—especially low-income women and women of color—without access to critical health care services in their states and communities,” said Nicole Mason, chief executive officer of the Institute for Women’s Policy Research, a nonprofit research organization.

Anti-abortion groups were praying into megaphones as well as playing music outside the court.

“Today is just absolutely monumental, especially for the pro-life movement that is diverse, progressives like myself, atheists like myself, members of the LGBTQ community, this is huge for us,” said Kristin Turner, the executive director of Pro-Life San Francisco and communications director for the Progressive Anti-Abortion Uprising.

The abortion decision came on a day when the House of Representatives is set to pass a gun-reform bill, which has also led to heightened security concerns on Capitol Hill. Lawmakers held a press conference to celebrate the gun bill on the steps of the House Friday midday within sight of the demonstrations outside the Supreme Court.

Abortion-rights groups are planning protests across the country in coming days.

(Updates with size of crowd, interviews with protesters starting in third paragraph)