The Supreme Court’s newest justices—Neil Gorsuch and Brett Kavanaugh—pointed to independent redistricting commissions as a way for the court to continue to stay out of contentious partisan gerrymandering fights. 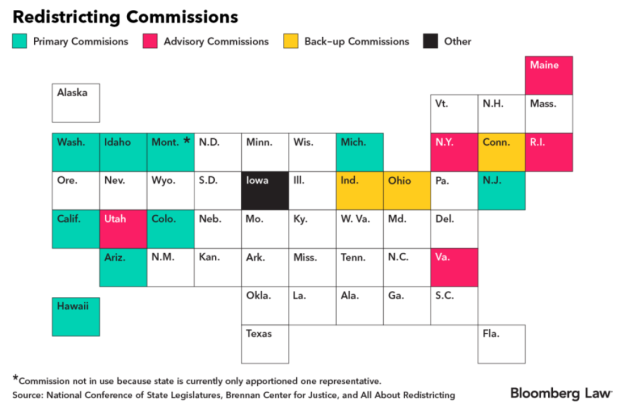 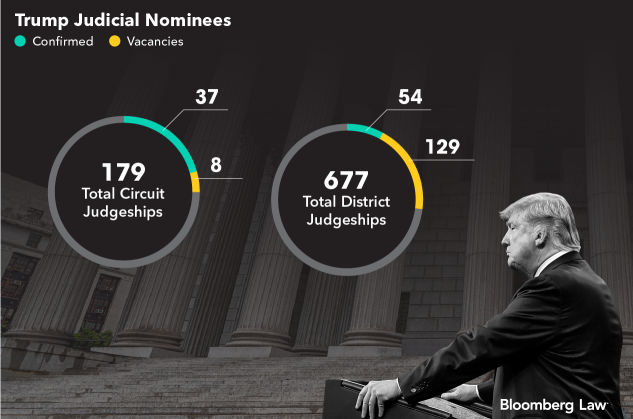 Podhurst Orseck partner and federal district court nominee Roy Altman is headed to a confirmation vote today. He’s the first Trump nominee to be considered under a Senate rules change to speed consideration of judicial appointments.

Jones Day has been caught in the wave of gender bias allegations against premier law firms after six women filed a lawsuit accusing it of systemic discrimination against its female associates. The women allege in their proposed class and collective action that bias and retaliation runs rampant at Jones Day because of its “black box” compensation system and the high level of control exercised by its managing partner, Porter Wells and Robert Iafolla report.

Supreme Court Justice Neil Gorsuch will release a book in September. “A Republic, If You Can Keep It” will reflect on, among other things, his contentious confirmation.

DirecTV Customers Stuck With Arbitration After SCOTUS Trip
DirecTV Inc. will keep consumer claims in a long-running case over termination fees out of court after a California appeals court dismissed the consumers’ appeal.

SCOTUS Asked to Hear $30M Suit by Feds Over Findlay Pension
Companies connected to defunct auto parts maker Findlay Industries asked the U.S. Supreme Court to reverse a decision that would allow them to be liable for $30 million in Findlay’s pension liabilities.

EYE ON THE BENCH

Even With Changes McConnell May Struggle to Fill Trump Team
Senate Majority Leader Mitch McConnell‘s plan to more quickly fill administration jobs is unlikely to clear a confirmation logjam aggravated by longtime vacancies and the turnover of high-level political appointees.

Jones Day Accused by Female Attorneys of Sex Bias, Unequal Pay
Six women say they will file a lawsuit against international law firm Jones Day accusing it of systemic discrimination against its female associates by way of lower pay and narrowed career opportunities.

Ohio Judge Reprimanded for Hearing Cases He Once Litigated
Probate Judge Robert Nathaniel Rusu Jr. committed misconduct by hearing multiple cases in which he was previously the attorney of record and failing to notify clients after his judicial appointment that he was terminating his representation, the Ohio Supreme Court said.

Texas Lawyer May Face Discipline for Threats to Medical Providers
A Texas attorney may face professional discipline for threats he made to medical providers, a state appeals court ruled.

First Parent to Plead Guilty in College Admissions Scandal
The first of 33 parents charged in the U.S. college admissions scandal said he intended to plead guilty as at least two other parents said they are in talks with prosecutors.

Puerto Rico Telecom Bid-Rigger Must Pay Restitution
A restitution award of about $408,000 against a Puerto Rico man convicted of steering a government contract to a co-conspirator isn’t excessive, the First Circuit ruled.

Warrant Not Needed to Search Crawlspace After Hostage Situation
The arsenal of guns found in the crawlspace of Willie Cooks’s house after he was captured following a hostage situation didn’t need to be suppressed in his trial, the Eleventh Circuit said.

No Remedy for Defendant After Government Reneged on Plea Deal
A defendant claiming the government didn’t uphold its end of a plea deal when it refused to authorize a sentence below the statutory minimum didn’t show the decision was made in bad faith, the Tenth Circuit said.

Double Jeopardy Not Violated by Mistrial Over Prosecutor Injury
A Minnesota man’s retrial and conviction for sexual assault, two months after a mistrial caused by a prosecutor’s back injury, didn’t violate his constitutional right not to face double jeopardy.

Drug Use Confession Not Self-Incrimination at Revocation Hearing
A man’s statement to his probation officer that he was using methamphetamines was properly used to revoke his supervised release, the Fourth Circuit said.

INSIGHT: Avoiding Women Is No #MeToo Answer—Good Training, Messaging Is
Since the #MeToo movement started, employers are working to prevent and respond to sexual misconduct, but now many men may feel at risk and avoid women altogether. Jonathan Segal of Duane Morris offers training and messaging tips for employers to ease the anxiety some men feel in the workplace.

ALSO IN THE NEWS

Democrats Vote to Demand Mueller’s Full Report, Setting Up Clash
House Democrats voted Wednesday to authorize a subpoena demanding that Attorney General William Barr turn over Special Counsel Robert Mueller’s full Russia report and all the evidence behind it, potentially touching off a legal clash that could reach the U.S. Supreme Court.