MyPillow Inc. Chief Executive Officer was ordered to pay legal fees and costs incurred by a voting technology firm he accused in a “frivolous” lawsuit of rigging the 2020 presidential election.

A federal judge in Washington on Thursday imposed sanctions on Lindell and his former lawyers as part of a decision throwing out the CEO’s defamation lawsuits against and , which were falsely placed at the center of a vast conspiracy theory after the election. 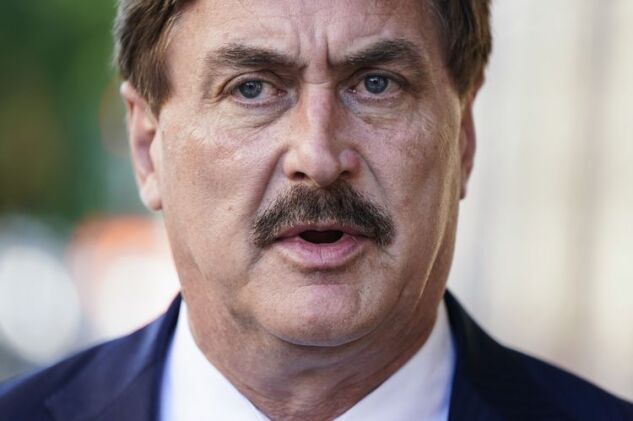 Lindell, an outspoken supporter of former President , filed his suit after the companies sued him for defamation over his election-fraud claims. US District Judge said the CEO failed to properly allege a conspiracy by the two companies or back up his claim that they defamed him. The judge also partially granted Smartmatic’s motion for sanctions and fees. The amount will be decided later.

“The Court agrees with Smartmatic that Lindell has asserted at least some groundless claims,” Nichols said in his ruling. More than one claim “falls on the frivolous side of the line.”

Lindell said in a phone call that he’ll decide later whether to appeal because he is busy challenging the continued use of Dominion and Smartmatic voting machines across the US.

“Whatever the judge thinks, that’s his opinion,” Lindell said. “I’ve got lawyers doing more important things like removing these machines from every state.”

Lindell’s claims against Smartmatic were “a waste of everyone’s time,” , a lawyer for the company, said. He said the company’s defamation suits against Lindell and others “have merit, and we look forward to litigating those cases.”

The MyPillow CEO claimed in his suit that Dominion and Smartmatic “weaponized” the courts in an act of “lawfare” to silence him. Lindell has said all the evidence of the conspiracy he alleges is on his website and that the Supreme Court will eventually expose it and rule in his favor.