A tell-all book about President ’s family written by his niece has been temporarily blocked by a New York judge after a lawsuit claimed disclosures in the manuscript violated a 20-year-old secrecy agreement.

A temporary restraining order against Mary Trump and her publisher, Simon & Schuster, was issued Tuesday by Justice in Poughkeepsie, New York. Mary Trump was ordered to explain by July 10 why the judge shouldn’t issue a longer-lasting injunction against the book sought by the president’s brother, Robert Trump, who filed the lawsuit.

The book, “Too Much and Never Enough: How My Family Created the World’s Most Dangerous Man,” which is due to be published on July 28, will include purported psychological observations about the author’s “toxic” family and other personal information, according to the lawsuit. 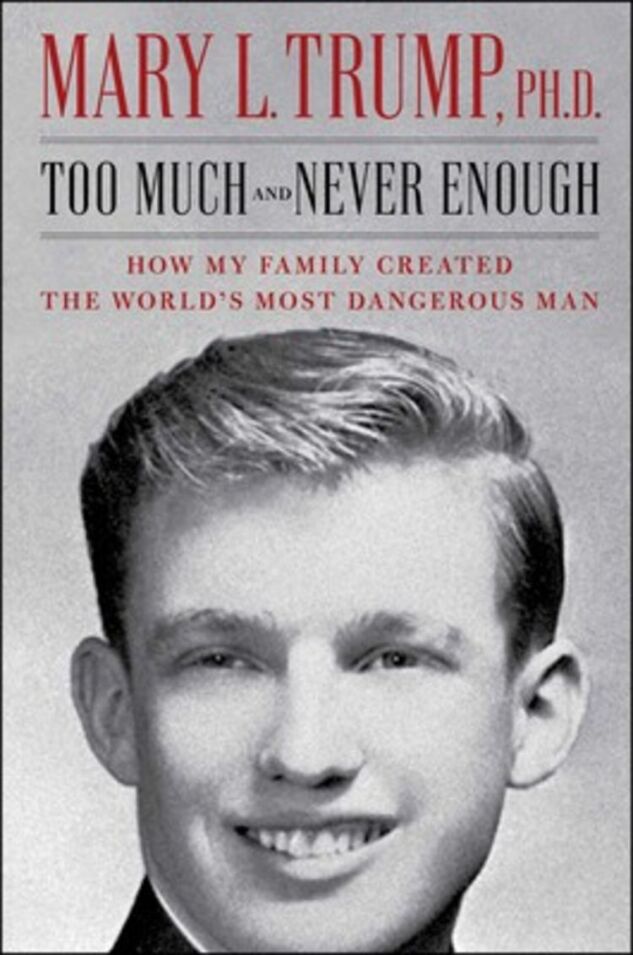 The order bars Mary Trump and the publisher from distributing any version of the book or any portion of it “in any medium containing descriptions or accounts” of Mary Trump’s relationships with the president or his brother. That would appear to block any advance copies sent to the media.

“This book, which addresses matters of great public concern and importance about a sitting president in an election year, should not be suppressed even for one day,” Boutrous said in an emailed statement.

Robert Trump argues that the book’s publication would violate confidentiality agreements relating to the settlement of the will of his and the president’s father, Fred Trump.

The issuing of the restraining order comes shortly after the publication of a damning memoir about Trump by former national security adviser , portions of which were widely released even after the Justice Department sued to block its publication in court.

According to the ruling against Mary Trump, Greenwald held a hearing on the matter by Skype on Monday.

Charles Harder, one of the president’s lawyers, who is representing Robert Trump in the case, said in an emailed statement that he’s pleased with the decision and called Mary Trump’s attempt to publish the book “reprehensible.”

“We look forward to vigorously litigating this case, and will seek the maximum remedies available by law for the enormous damages caused by Mary Trump’s breach of contract and Simon & Schuster’s intentional interference with that contract,” Harder said. “Short of corrective action to immediately cease their egregious conduct, we will pursue this case to the very end.”

Simon & Schuster said in an email that it is “disappointed” by the order.

“We plan to immediately appeal this decision to the Appellate Division, and look forward to prevailing in this case based on well-established precedents regarding prior restraint,” it said, referring to the barring of a book before publication.

Mary Trump’s book is expected to reveal her role as a primary source for the New York Times’s investigation into the president’s taxes, and to detail her claim that the family’s mistreatment of her father, Fred Trump Jr., contributed to his early death.

There is a high bar for blocking publication of a book in the U.S., even in cases where the contents might violate a nondisclosure agreement, said Roy Gutterman, a journalism professor at Syracuse University and director of the Tully Center for Free Speech. If a book violates such a deal, that can be dealt with by the courts after publication, he said.