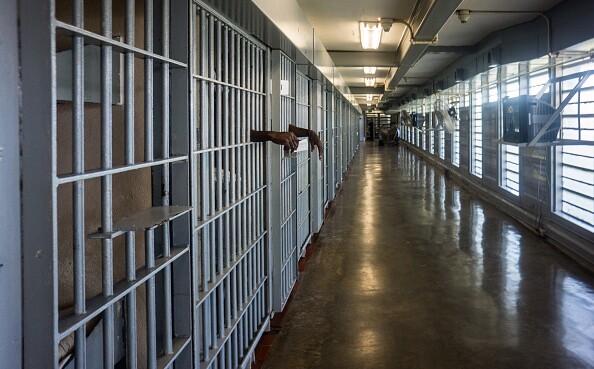 Louisiana voters next month can do at the ballot box what lawyers couldn’t at the U.S. Supreme Court: overturn a Jim Crow-era law that allows non-unanimous jury verdicts.

It’s one of several weighty criminal justice provisions at stake in voting booths across the country in this heated election season.

The Pelican State and Oregon are the only two states that still allow convictions by less than a full complement of jurors. The U.S. Constitution only requires unanimity in federal trials, the high court ruled in challenges from those states in the early 1970s.

Louisiana’s constitution allows just 10 of 12 jurors to agree on guilt. But it’s a racist relic whose time has come, advocates for its demise argue.

“A unanimous jury and the right to vote were essential protections of freedom and liberty guaranteed by our Constitution,” attorney G. Ben Cohen of the Promise of Justice Initiative in New Orleans told Bloomberg Law.

“In 1898, Louisiana adopted provisions to reduce that freedom, restrict that liberty—and it did so with avowed discriminatory intent,” he explained.

By design, the law made it easier to snatch back the liberty of newly freed slaves by way of the state’s convict-leasing regime. White majorities could—and still can—override dissent from black jurors.

Over 40 percent of recent exonerees in Louisiana were convicted by split juries, according to the Unanimous Jury Coalition, one of the groups backing the constitutional amendment.

But on top of accepting the non-unanimous practice in those 1970s cases, the Supreme Court just last year rejected a challenge to it brought by Cohen on behalf of one of his clients, Dale Lambert.

Cohen is raising the issue again in another petition pending at the high court, but the justices are unlikely to weigh in before the Nov. 6 election.

Not that the provision will do any good for people already convicted by non-unanimous juries. Even if it’s approved, it won’t apply retroactively.

At any rate, Cohen hopes the state “does not wait for the courts to correct the problem, but votes to ensure that each of her citizens has the same rights and freedoms that people have in 48 other states.”

A conservative former prosecutor energetically championing the amendment has the same idea.

The state needs to “go through the legislative process and ask people to vote on it,” said Tarpley, the former district attorney for Grant Parish who authored the state bar resolution that ultimately prompted the Legislature to take on the issue.

Now a defense attorney, Tarpley was motivated to reform the law after reading a book in 2015 that traced its racist roots.

Despite having observed “both sides” of split verdicts as a prosecutor and defense attorney, Tarpley said he didn’t know the animus behind the law until he read history professor Thomas Aiello‘s book, “Jim Crow’s Last Stand: Nonunanimous Criminal Jury Verdicts in Louisiana.”

He was convinced the law was wrong, and authored the bar resolution in 2016. He began speaking out about it every chance he had.

That eventually led the Republican-controlled Legislature this year to put the question—Amendment 2—on the ballot next month.

It was a bipartisan effort.

“It was almost unheard of to see this kind of unity around an issue like this,” said Tarpley, noting the groups endorsing the provision include the state’s Republican and Democratic parties, Americans for Prosperity, the Conference of Catholic Bishops, the ACLU, and the Louisiana Family Forum, which he called “probably the most conservative family issue organization in the state.”

There hasn’t been any organized opposition to the amendment, he said, while conceding that some current district attorneys don’t favor it.

But the state DA organization’s official position on the amendment is neutral, he said, adding that there’s some irony to the reason why. For the group to take a stance, it needs unanimity.