To prepare for the most consequential abortion case the U.S. has seen in 30 years, Julie Rikelman began keeping two large white binders in her office, each about 3 ½ inches thick, stuffed with court papers. The veteran litigator has spent much of the fall poring over those binders, mastering the case law, and narrowing her focus to the most relevant documents. Now, a few days before she’s set to appear in front of the U.S. Supreme Court, she’s down to a single binder, 2 inches thick. 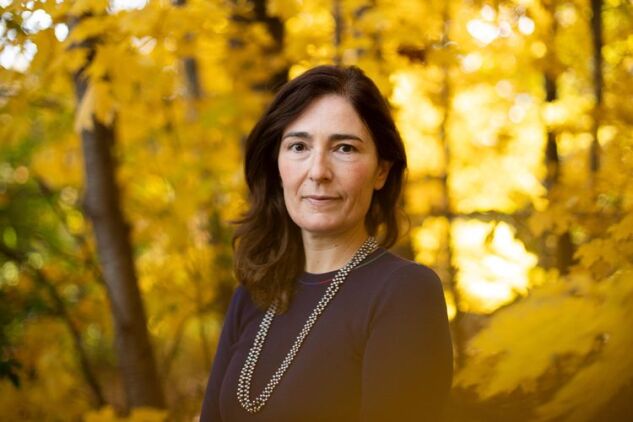 Her mastery of that material could shape the future of abortion rights in the U.S. On Dec. 1, Rikelman will argue, the landmark 1973 ruling establishing a constitutional right to an abortion. “I try not to be a ball of anxiety, but it’s definitely stressful,” says Rikelman, 49, from her home in Brookline, Mass. “I will do everything I humanly can.”

The case centers on a Mississippi law passed in 2018 prohibiting abortions after 15 weeks of pregnancy. Mississippi’s attorney general has called on the Supreme Court to uphold the ban and abolish protections established under Roe, which would end abortion access in large swaths of the country. Rikelman and a small team of lawyers at the Center for Reproductive Rights, a legal advocacy group, are representing the only clinic left in Mississippi, which sued to stop the law from going into effect.

Rikelman has faced this kind of pressure once before. Last year she argued the first abortion case to reach the Supreme Court since the appointment of Justices and , who’d shifted the court’s ideological balance to the right. Rikelman was challenging a Louisiana law that required abortion providers to have admitting privileges at local hospitals—a restriction the Supreme Court had deemed unconstitutional in Texas a few years earlier. “This case is about respect for the court’s precedent,” she declared in her opening statement. Chief Justice felt bound by the earlier ruling, and his vote .

Her approach in December will resemble how she argued the Louisiana case. Rikelman’s strategy centers on stare decisis, the legal principle that courts should give deference to precedents, especially ones that have been repeatedly affirmed. “Precedent will absolutely be critical to this case,” she says. “This is a right we’ve had for 50 years.” But she’s facing a different court this time. Justice has been replaced by Justice , a devout Catholic who criticized abortion before she became a judge. The court could uphold the Mississippi law—and gut Roe—if Barrett joins the four conservative justices Rikelman wasn’t able to sway in 2020.

The last serious challenge to Roe was the 1992 case Planned Parenthood v. Casey. A split court ultimately reaffirmed Roe and said states could not pass laws that place an “undue burden” on women seeking abortions before the fetus is viable, which the majority suggested was around 23 or 24 weeks at the time. The lawyer who argued that case, , says she has little hope that Rikelman can do much to keep Roe intact. Abortion advocates say the court signaled Roe was under threat when, in September, it allowed Texas to put in place . (The justices are now considering an appeal to stop the law.)

“Every good argument that we’ve had over the past 40 years has been made,” says Kolbert, author of Controlling Women, a book about reproductive rights. “The only number that matters is five, and good arguments aren’t going to get us to five votes with this court.”

Some legal experts say Rikelman’s path lies with Kavanaugh. In 1991, Kavanaugh clerked for , a federal appeals judge who heard Casey and proposed a legal compromise that the Supreme Court ultimately adopted. “That was obviously long before Justice Kavanaugh became more attached to the conservative legal movement,” says Melissa Murray, a law professor at New York University. “But it suggests maybe there is some flexibility.”

Rikelman declined to comment on specific justices, but in legal briefs her team has stressed the importance of respecting established rights, including ones that might appeal to the conservative justices, such as gun ownership. It would be unusual, though not completely unheard of, for the court to overturn its own precedent.

Rikelman was born in Kyiv in the 1970s to Jewish parents who faced persistent antisemitism. When she was 6, they immigrated to the U.S. with only a few possessions, settling in Brookline. Because of her background, she says, “I was definitely interested pretty early on in college in justice issues—what makes things fair.”

After attending Harvard Law School, Rikelman clerked for , the first female justice on Alaska’s Supreme Court. There she spent her free time rafting and ice-climbing—“the kinds of things you do in your 20s that you might not try again,” she says. In the late 1990s, Rikelman moved to New York to join the Center for Reproductive Rights on a fellowship for young lawyers.

At the center, Rikelman showed early promise and was allowed to question a witness at her first trial, a high-stakes case challenging a Florida law that required doctors to notify a parent or guardian when minors sought abortions. “She could think quickly,” says Bebe Anderson, one of Rikelman’s mentors at the center. “She seemed to have a real good sense of how to get at the information, how to draw it out, what information was important.”

Rikelman left the center at the end of her fellowship to work for a law firm back in Alaska and later as in-house counsel at NBCUniversal Media LLC. She returned to the center in 2011 to run its litigation department, where she’s gained a reputation for deep knowledge of abortion case law. “She’s good—she knows what she’s doing,” says Carol Tobias, president of the National Right to Life Committee, a prominent antiabortion group that wants Roe overturned.

Her preparation for the December arguments has been labor-intensive. She recently traveled to Washington for a series of practice sessions with seasoned litigators at two major law firms, Hogan Lovells and Kellogg Hansen.

Regardless of how she performs in December, Americans are facing the real possibility of a world without Roe. Texas and other states have already found ways to make abortion inaccessible for millions of women. But Rikelman is trying to stay positive. “Sometimes when things get very bad, more people pay attention,” she says. “I have to stay optimistic, because I gotta keep doing this.”

To contact the author of this story:
in Washington at davidyb@bloomberg.net