The has asked Congress to investigate U.S. Attorney General , saying his recent actions and statements have positioned the Justice Department and its prosecutors as “political partisans willing to use the levers of government to empower certain groups over others.”

The request, disclosed on Thursday, appears to be the first time a bar association from New York City or any comparable group has asked Congress to investigate a sitting attorney general. Last year, 450 former federal prosecutors from Republican and Democratic administrations signed a statement chastising Barr for his handling of the Mueller report on Russian election interference. 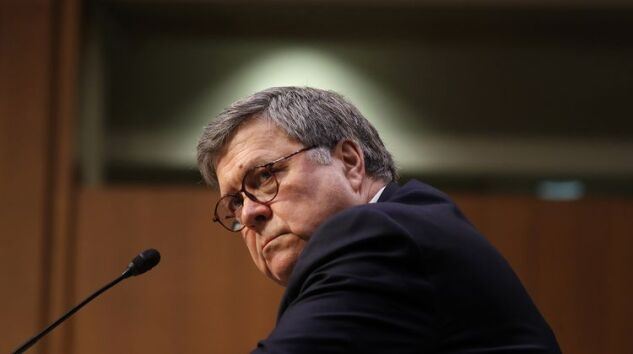 In a letter sent this week to the majority and minority leaders of the U.S. House and Senate, the leaders of the New York City group described public statements by the attorney general as troubling for an official whose job is to enforce the law without bias.

“The duties to act impartially, to avoid even the appearance of partiality and impropriety, and to avoid manifesting bias, prejudice or partisanship in the exercise of official responsibilities are bedrock obligations for government lawyers,” according to the letter, which was posted Thursday on the website of the voluntary membership association, whose ranks include defense and plaintiffs’ lawyers and those with experience as federal prosecutors.

“Mr. Barr has disregarded these fundamental obligations in several public statements during the past few months,” the letter continued.

In an October speech at the University of Notre Dame, the letter said, “Mr. Barr launched a partisan attack against ‘so-called progressives’ for supposedly waging a ‘campaign to destroy the traditional moral order.’” The letter added that in the same speech, “Mr. Barr vowed to place the Department of Justice ‘at the forefront’ of efforts to resist ‘forces of secularization.’”

At a gathering of police officials in New Orleans in December, Barr criticized district attorneys from large cities “who style themselves as ‘social justice’ reformers, who spend their time undercutting the police, letting criminals off the hook, and refusing to enforce the law,” the letter said.

The New York City Bar Association had previously called on Barr to recuse himself from any Justice Department matters involving the Trump administration’s policies toward Ukraine, which is the subject of impeachment proceedings in Congress.

The letter also took issue with the attorney general’s rejection of the findings of an internal investigation into the FBI’s handling of contacts between the Trump presidential campaign and Russian officials.

In their letter, , the president of the association, and , chairman of the association’s task force on the rule of law, didn’t take a position on whether Barr had violated any rules of professional conduct. Instead they said that his recent statements “warrant further investigation by Congress as part of an inquiry into Mr. Barr’s conduct as attorney general.”