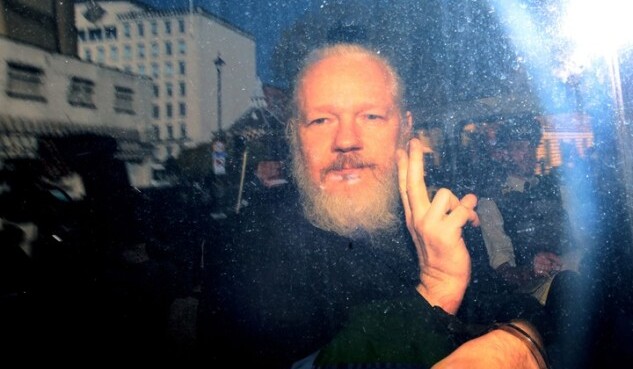 It’s been almost 70 years since the DOJ used the 1917 Espionage Act to indict a member of the media for publishing classified information. Former DOJ prosecutor and White House attorney Daren Firestone, with Cunningham Levy Muse LLP, looks at the Julian Assange indictment and wonders if the DOJ, in an administration that considers press “the enemy of the people,” will abandon its internal protections for the First Amendment.

The Department of Justice has not used the 1917 Espionage Act to indict a member of the media for publishing classified information since the 1940s. Recent charges against Julian Assange may put this practice to the test.

Initially, in a March 2018 indictment kept under seal until this past April, the U.S. Attorney’s Office for the Eastern District of Virginia side-stepped press freedom issues by charging Assange with conspiring to commit computer intrusion through helping Chelsea Manning break into Department of Defense computers. But a second indictment, on May 23rd, invited a First Amendment defense by adding 17 counts of violating, or conspiring to violate, the Espionage Act through taking classified documents from Manning and dumping them on Wikileaks.

Because the Espionage Act applies to “[w]hoever” releases classified information, the DOJ’s internal policy shielding the media has been a bulwark for press freedom. In the wake of criticism of attempts to force certain reporters to reveal their sources in court—an issue separate but related to the Espionage Act—then Attorney General Eric Holder said, “the department has not prosecuted, and as long as I’m attorney general, will not prosecute any reporter for doing his or her job.”

But is Julian Assange a reporter who was doing his job?

There is no U.S. Supreme Court case that tells us whether freedom of the press protects someone like Assange whose objective, according to his second indictment, was “to subvert lawful measures imposed by the United States government to safeguard and secure classified information, in order to disclose that information to the public and inspire others with access to do the same.”

There is no case that distinguishes Assange from venerated journalists, like Bob Woodward, who typically ask the government if classified information will damage national security or put anyone in danger before they, and their editors, carefully decide whether to publish.

In fact, in the 1972 case Branzburg v. Hayes, the Supreme Court famously declared, “liberty of the press is the right of the lonely pamphleteer who uses carbon paper or a mimeograph just as much as of the large metropolitan publisher who utilizes the latest photocomposition methods.”

Today, the Supreme Court’s “lonely pamphleteer” can post damaging information to the web for all the world to see. Assange’s indictment highlights, for example, that he released the names of “journalists, religious leaders, human rights advocates, and political dissidents who were living in repressive regimes and reported to the United States the abuses of their own government, and the political conditions within their countries, at great risk to their own safety.”

The Challenge for the DOJ

The challenge for the Justice Department, and perhaps the courts, is to fashion a policy or constitutional interpretation to allow journalists to keep feeding the lifeblood of a free society but permit the government to protect the secrets that need to be kept.

The last time the DOJ went after a reporter for a leak was in 1945 when Mark Gayn published classified information about Thailand in an obscure journal, staffed by several Communists, called Amerasia.

Gayn, who also wrote for Time Magazine and the Chicago Sun, became a cause célèbre for defenders of press freedoms. The New York Post warned that “any decent American newspaper … may be next on the list.”

The government dropped the charges against Gayn and most of the others involved, but Sen. Joseph McCarthy (R-Wisc.) made much of the “Amerasia Affair” as he tried to root perceived enemies from the government.

Is Julian Assange the modern Mark Gayn, auguring a heightened level of threat to the press from an administration whose leader views it as the “enemy of the people,” or can the new indictment be confined to its facts?