The Growth Lab, housed in global law firm DLA Piper’s San Francisco office and run by StartOut, is the largest national nonprofit organization for LGBTQ+ entrepreneurs. Andres Wydler, executive director of StartOut, and DLA Piper partner Thomas Gaynor say a platform like the Growth Lab is important because economic empowerment is the next stage in LGBTQ+ civil rights.

Each of these industries are being targeted by startups affiliated with the StartOut Growth Lab, a first-of-its-kind accelerator that offers office space, mentoring, education, and networking opportunities for young companies that happen to be founded or co-founded by LGBTQ+ entrepreneurs.

Today, the Growth Lab, housed in global law firm DLA Piper’s San Francisco office and run by StartOut, the largest national nonprofit organization for LGBTQ+ entrepreneurs, is hosting five companies ranging from YourChoice, which is developing hormone-free contraceptives for men and women, to SocialTable, a social dining platform that connects strangers by allowing them to book and pay for group seating at a restaurant. 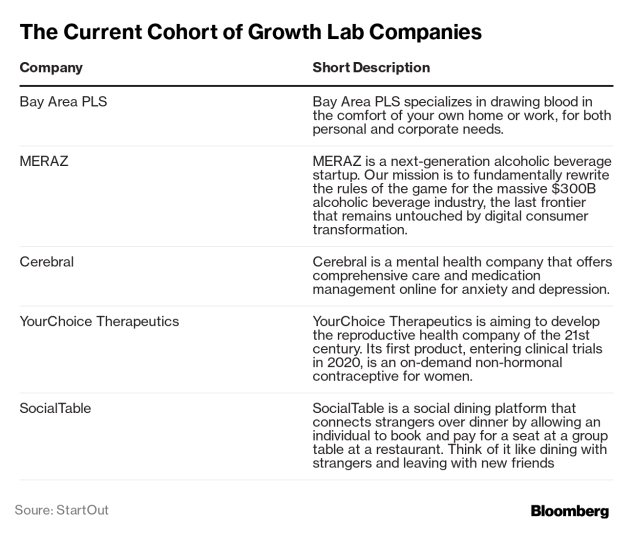 As founders of the Growth Lab, we’re proud to see how far the Lab has come since it launched in 2017. What started as an idea sketched out on a napkin the first time we met is now the only accelerator in any law firm nationwide focused entirely on underserved entrepreneurs. So far, 25 companies have graduated, raising a combined $46 million in funding and creating over 200 new jobs.

Why is a platform like the Growth Lab important? Simply put, economic empowerment is the next stage in LGBTQ+ civil rights. It’s hard to comprehend, but 27 states still allow an employee to be fired for being LGBTQ+.

A 2019 study by global nonprofit Catalyst showed that one-fifth (20%) of LGBTQ+ Americans have experienced discrimination based on sexual orientation or gender identity when applying for jobs and that 22 percent of LGBTQ+ Americans have not been paid equally or promoted at the same rate as their peers. Fewer than 20 board directors in Fortune 500 companies were openly LGBTQ+ in 2018.

The same study showed that almost half (46%) of LGBTQ+ workers in the United States are closeted in the workplace, and employees reported feeling exhausted from spending time and energy concealing their sexual orientation and gender identity.

The Growth Lab, in contrast, provides a supportive environment and outcome-driven support network in which minority entrepreneurs can interact daily with the best and brightest minds in the industry, no matter their background.

Just take the example of Perrin Quarshie. Perrin joined the StartOut Growth Lab in San Francisco from Georgia, a state where LGBTQ+ founders report facing discrimination, and worked to hone his business model and create a structure for funding and expansion. Today, he is running a fast-growing company and attributes much of his success to the one-on-one attention he received from the extended Growth Lab community.

Or look at current Growth Lab entrepreneur Han Lee, founder of MERAZ, a pioneering direct-to-consumer online store in the $300B alcoholic beverage industry. Han is the first political refugee from South Korea and left the country to avoid being incarcerated at age 15 for being gay.

Now, as part of the current cohort of Growth Lab companies, he is launching MERAZ, which enables on-demand fulfillment of original ready-to-go cocktails in less than 60 minutes. MERAZ is launching in San Francisco in Spring 2020.

We’re proud of these Growth Lab entrepreneurs, but as we work every day to level the playing field, we’re mindful that it’s not just the LGBTQ+ community that is woefully underrepresented in the business world.

It’s promising to see increasingly robust efforts all over the country put into supporting diverse entrepreneurial ecosystems. However, of the thousands of accelerators and incubators, only a minority eventually make a difference through jobs, funding, and increased sales volume. There are good reasons for that. Focus matters, as do industry consolidations and availability of talent.

The most critical components are partnership, inclusion, commitment, and the sharing of ideas—the very premise the Growth Lab was built on.

Andres Wydler is the executive director of StartOut, the largest nonprofit organization to support LGBTQ+ entrepreneurs in the U.S. and abroad. A serial entrepreneur of over two decades, Wydler also co-founded an angel group that invested in businesses with international expansion plans, and developed and taught a course on clean tech entrepreneurship at the Stanford University continuing studies program.

Thomas Gaynor
DLA Piper US LLP
Write for Us: Author Guidelines
© 2022 The Bureau of National Affairs, Inc.
All Rights Reserved